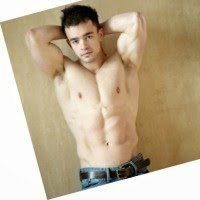 The film industry's early days saw it take as laissez-faire an attitude to homosexuality as most creative arts, but as movies became more and more of a business, puritanical attitudes set in. James Whale (Ian Gelder) was one of the first star directors, making his name with Journey's End but becoming most famous for Frankenstein and its best-loved sequel, Bride of Frankenstein. But by the time we meet him in 1957 he's long since been spat out by the industry. Wealthy but isolated, he lives in a Hollywood mansion, tended by his maid Maria (Trinity Wells, newsreader of the Apocalypse Lachele Carl) and getting the occasional thrill when he's visited by handsome young fans, whom he likes to convince to strip for him. But following a stroke that's left him with regular blinding headaches, even this is now too much excitement for him.

When he spots the new gardener, ex-marine Clayton Boone (Will Austin,) Whale becomes fixated with him, befriending the younger man and getting him to pose for (preferably topless) portraits. He has an ulterior motive, but it's not the immediately obvious one. 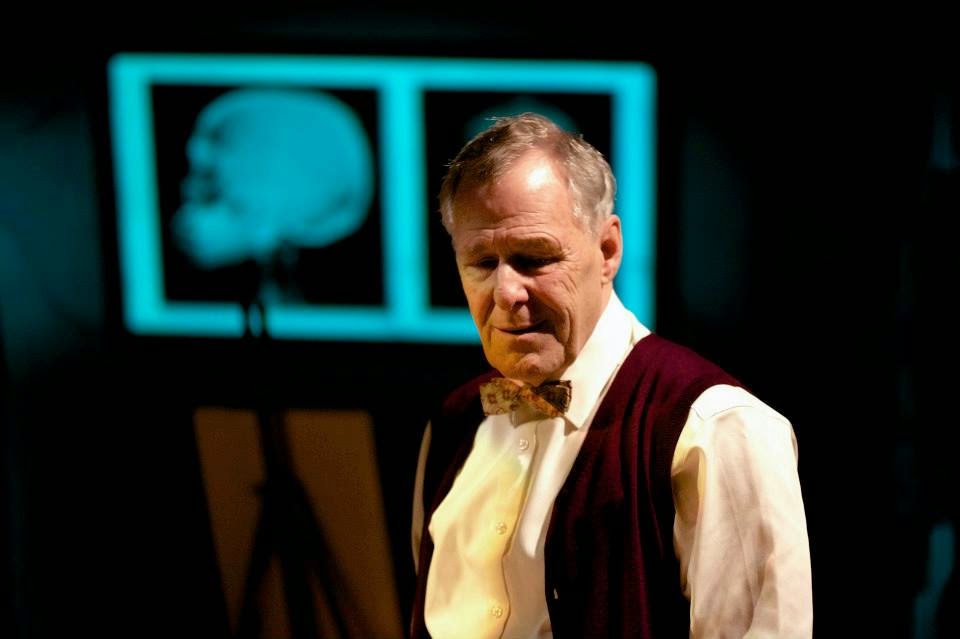 Gods and Monsters shares its title with the film that starred Ian McKellen and George of the Jungle, but Russell Labey goes back to the original novel, Christopher Bram's Father of Frankenstein, for his adaptation. It sees Whale flashback to his youth, from a first encounter with another man (with a
FULL-FRONTAL MALE NUDITY ALERT!
from Joey Phillips as the young James and Will Rastall as his friend) to the trenches of the First World War and a more platonic love for a fellow soldier. 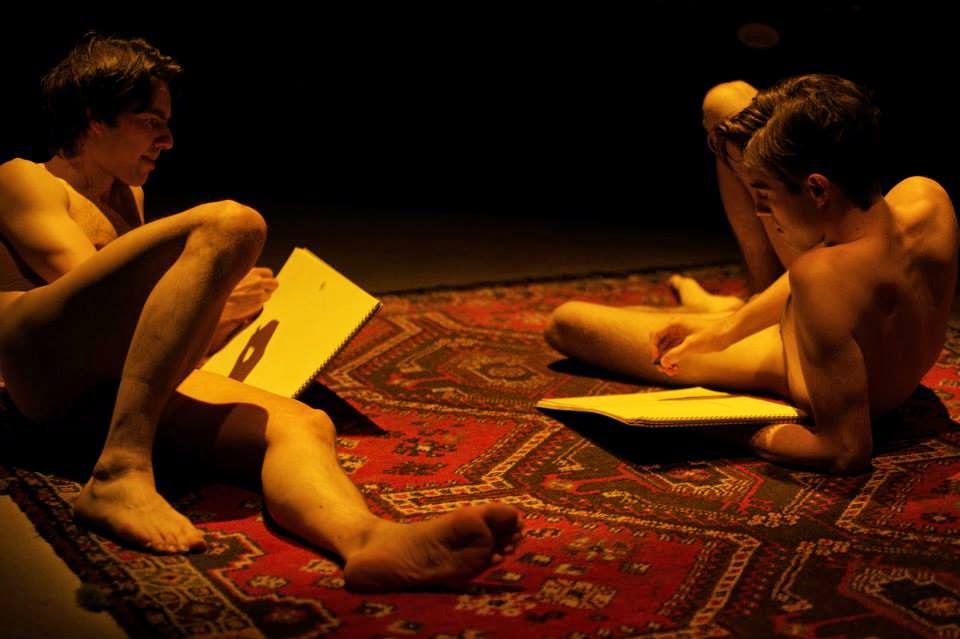 Gelder is the key to what works about the production, his Whale combining physical frailty and mental confusion, with a self-destructively aggressive sexuality, that the actor makes plausible and moving. The script is a success, coming up with a gentle but subtly devastating exploration of a man facing the end of his life while reliving - not necessarily by choice, as the flashbacks are for the most part sudden side-effects of his stroke - its most memorable moments. But in Labey's other role as director I felt like there was something missing from his production. 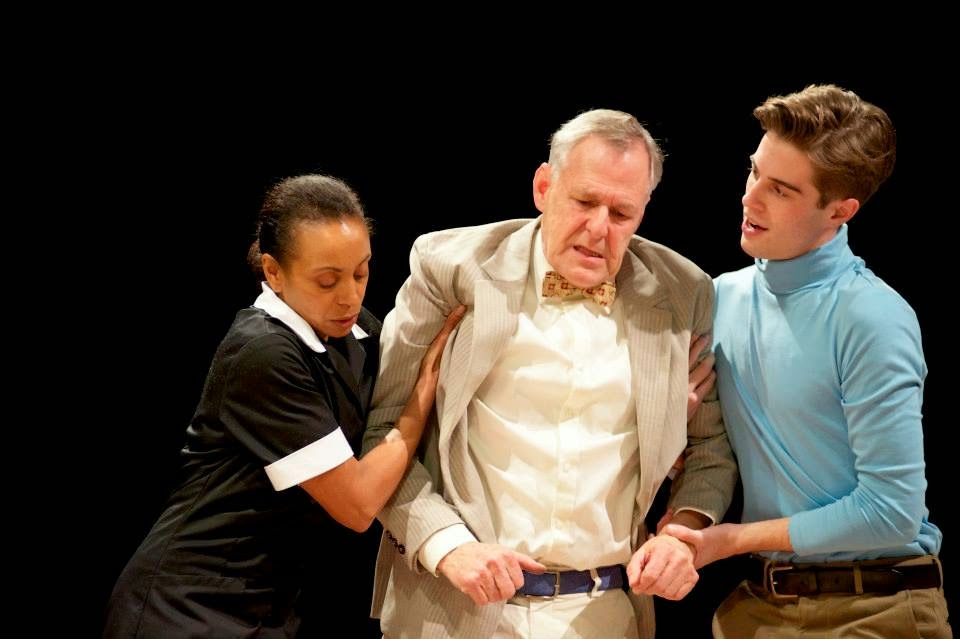 Ironically, it's apparent in how well newcomer Will Austin has been cast as Boone: Actors' physiques making me feel inadequate is nothing new, but Austin is so preposterously muscled I'm not entirely convinced we're the same species. His performance as the gentle giant is decent but he's not got much to work with compared to Gelder; but it's his body that reminds us that Whale sees in Boone a brute strength that reminds him of his most famous creation*, and thus sees him as a fitting protagonist for the final act of his life. 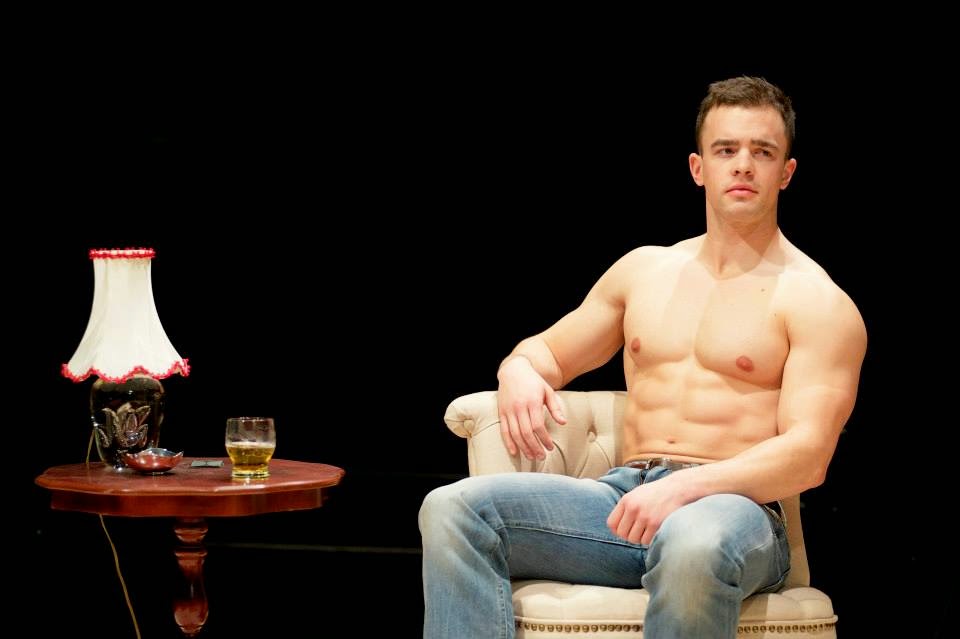 This casting of Boone as the Monster, though, isn't explored until the end, when Austin, writhing on the floor in nothing but a gas mask, gets a
FULL-FRONTAL MALE NUDITY ALERT!
of his own. His is the longest. THE SCENE, it's a good five minutes at least. Also he has quite a big penis. Which is surprising, because you'd think someone who works out that much would be compensating for something. 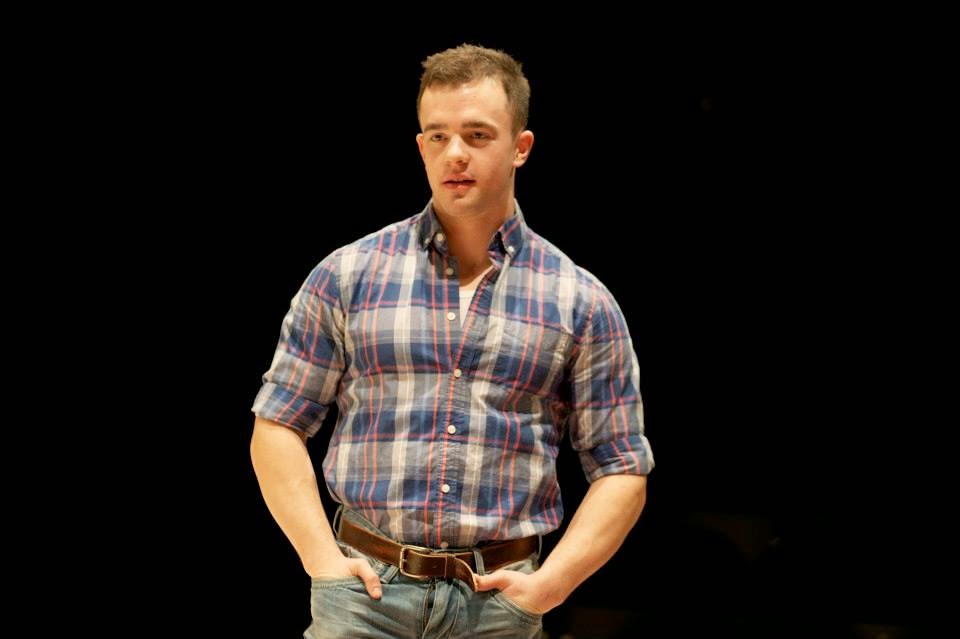 No wonder he's looking pleased with himself

But despite the painting of Frankenstein's Monster that looms over Jason Denvir's otherwise minimalist set, the film that dominates Whale's life and should dominate the play as well, doesn't impact on the production's style much beyond the occasional flash of thunder and lightning, or piping in of horror movie music for the scene changes. It's an issue that bothered me more the more I thought about it: Gods and Monsters works as a moving look at an ageing gay man's failing health, but it doesn't capitalise on why it should be this particular ageing gay man that sees someone like Boone as the solution. 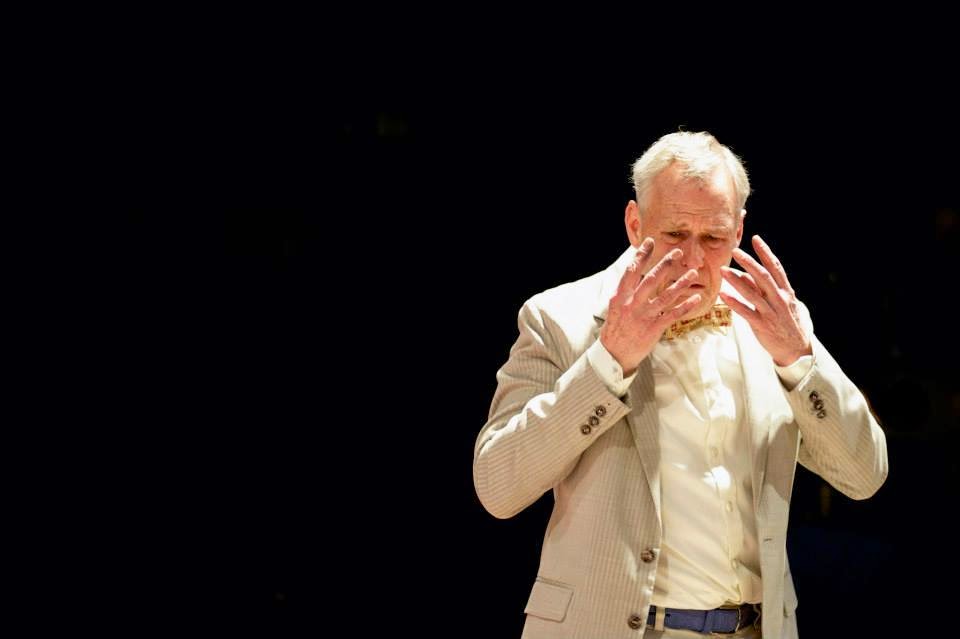 Still, there's no denying Gelder's performance alone makes Gods and Monsters well worth catching; he's well-supported by quietly strong turns from the younger men, and a lighter touch from Carl. But given its setting this could have been one of the most eerily atmospheric shows on the fringe right now, an opportunity it doesn't take.

Gods and Monsters by Russell Labey, based on Father of Frankenstein by Christopher Bram, is booking until the 7th of March at Southwark Playhouse's Large Theatre.

*before anyone accuses me of never having read a book, I'm calling Frankenstein's Monster Whale's creation in the sense of the bolt-through-the-neck creature that he designed and has become the popular image, as opposed to Mary Shelley's very different original.
Posted by nick730 at 23:52