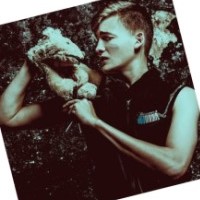 Bears in Space has been doing good business at Soho Theatre thanks to strong word of mouth. LOL no, not really, it's because the cast includes Jack Gleeson, who's been quoted as saying he might give up acting, so for any Game of Thrones fans trying to see as many cast members as possible on stage, this might be the only opportunity to collect Joffrey. It has, though, been getting all that positive word of mouth, and it's not surprising as fans of all things silly will find a lot to love here. Gleeson stars alongside Aaron Heffernan, Cameron Macauley and Eoghan Quinn* in a story about two elderly cosmonaut bears in the distant future, left to fend for themselves when their captain is quarantined in stasis. A Russian polar bear (Quinn) assumes the captain's role of investigating a mysterious nearby planet.

I doubt it's a coincidence that Gleeson plays the demented despot of the alien world, but in-jokes aside this isn't a star vehicle - the whole cast play multiple roles in a ridiculous puppet show. 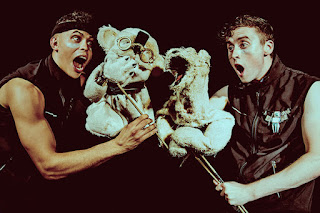 On one level this is just a bunch of friends running around a stage having fun, but Quinn's script is also very witty - gags ranging from a jungle-dwelling nutter chatting to a tape recorder, to a dig at trickle-down economics, although my favourite might have been the ship's computer's incredibly dark attempt at a knock-knock joke. A lot of work has also gone into the seemingly chaotic performances: Puppetry is harder than it looks, as anyone who's seen it done badly will know, but Heffernan and Quinn's puppeteering is actually excellent, Heffernan in particular nailing a lot of different accents from a Scottish koala to a painfully cool Antonio Banderas bear, and at one point switching at speed between two characters. 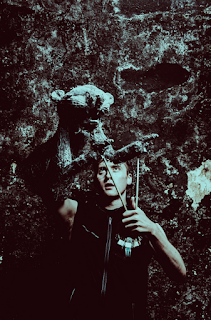 Heffernan also designs the set and puppets, which have a ramshackle quality that's not just a design conceit - bits of set and costume having a tendency to fall apart mid-show. (Despite the obvious Avenue Q influence in the way the puppets work, this really isn't a show for anyone afraid of puppets, as there's some particularly grotesque ones on show here.) The story's framing device brings another level of the bizarre, as Macauley's narrator (also providing the live music and sound effects) is a mysterious story-keeper who prefers stories he can make a cameo appearance in, and the rest play his genetically-engineered sons who exist solely to perform. 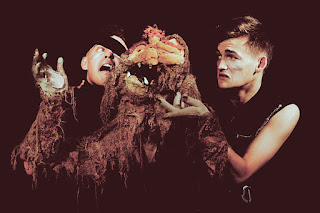 Director Dan Colley does a good job of keeping the show running slickly while maintaining the illusion of chaos, and in everything from the shadow-puppet opening credits sequence to the big prison-break action sequence, Bears in Space wrings every possible laugh from the situation. Judging by the laughs tonight, the Collapsing Horse company have made some fans, and if they bring another show to London they should find an enthusiastic audience whether they bring Gleeson with them or not.

Bears in Space by Eoghan Quinn is booking until the 22nd of August at Soho Theatre Upstairs.