PREVIEW DISCLAIMER: Yet another show where the press night has been pushed back due to some preview performances having to be cancelled. 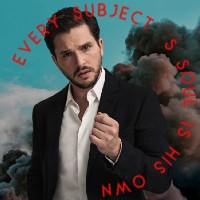