PREVIEW DISCLAIMER: This opens to professional critics next week. 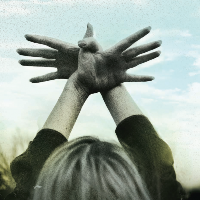 I'm not the biggest Ibsen fan (too often it's three hours of boringly-staged misery) but have seen enough good productions of his work to persevere with it. Having booked for the Young Vic's production of A Doll's House I was further worried by the casting of Hattie Morahan as Nora - she's an actress a lot of people are crazy about but whose performances I've often found insufferably smug. The good news is, Carrie Cracknell's production overturns all my worries about writer and cast. Over the course of Christmas 1878, a Norwegian wife and mother's life falls apart: The secret debts she got into years ago to help her husband Torvald are coming back to haunt her, along with the revelation that Nora committed fraud to secure the loan. But for all the worries that cripple her over the holiday, what she doesn't realise is that the biggest blow will be finding out what Torvald really thinks of her.

Cracknell's come up with the most dynamic Ibsen production I've seen, largely due to the way she choreographs her actors around the set: Ian MacNeil has designed a literal response to the play's title, a revolving apartment with windows in the walls, expanding the action of each act from a single room out to four rooms and a hallway. It makes for a visually interesting production which allows Cracknell to divide the hefty acts up into smaller scenes, and making it seem like a real place where everyday life goes on regardless of the heroine's personal drama. Showing more of the flat also has the paradoxical effect of making the action more claustrophobic: If we only see the drawing room we can imagine the house beyond. Here we see the whole of the little world Nora is confined to, and there's nowhere for her to hide. (Although the staging does lead to a bit of a logical flaw when the plot requires the key to Torvald's study to be kept on the outside.)

Morahan gives a powerful central performance without the mannerisms that have irritated me about her in the past, her Nora starting as a rather vain, apparently frivolous figure, being dragged through a devastating few days and out the other end with a new-found independence that surprises even her (and famously outraged the play's first audiences.) She's well-supported by Dominic Rowan as a flippant Torvald, Simon Stephens' translation giving him some patronising bird nickname for Nora in every other sentence, little realising she might actually find a way to fly away. Steve Toussaint as Dr Rank, Nick Fletcher as the disgraced Krogstad and Susannah Wise are also strong in supporting roles but inevitably this is Morahan's night.

Stuart Earl's music helps push the action along and build mood during the scene changes where the set revolves, and overall this is a pretty hard to fault production that takes a fresh look at the stereotypes of how an Ibsen play should be staged, and brings it to new life as a result. Although, as if to confirm the old adage about working with children and animals, judging by audience reaction this could well end up being remembered as the show that brings a real baby onstage, a 30-second appearance that steals the whole show.

A Doll's House by Henrik Ibsen in a version by Simon Stephens is booking until the 28th of July at the Young Vic.

Running time: 2 hours 55 minutes including interval. (The interval comes after 1 hour 45 minutes, so the weak-bladdered may want to moderate their refreshment intake accordingly.)
Posted by nick730 at 23:24