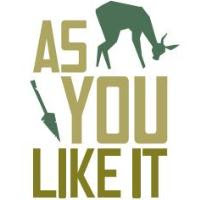 As with the Hamlet that's toured the last two summers, the 2011 touring production of As You Like It returns to the Globe with some of its original cast intact, but a new lead - here Deirdre Mullins takes on Shakespeare's biggest female role, Rosalind. Shortly after meeting and falling in love at first sight, Rosalind (the daughter of a deposed Duke) and Orlando (a young man of noble birth but denied his fortune by his older brother) both find themselves on the wrong side of the new Duke. Banished to the Forest of Arden, the two bump into each other again. But by now Rosalind has disguised herself as a man, and instead of revealing her true identity decides to test Orlando's love - a scheme that soon gets out of her control. 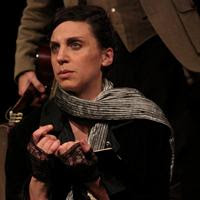 James Dacre's production, given a Victorian design by Hannah Clark, is another of the small-scale touring productions using just eight actors to cover all the roles. The doubling means a bit of cross-dressing or gender-changing: One of the best elements of last year's production was Emma Pallant, who returns as the amusingly sarcastic Madame Jacques. Always to be found scribbling something in her journal, Pallant suggests Jacques' melancholy comes from her being unlucky in love - there's hints that there might once have been something that never worked out between her and John O'Mahony's Duke Senior; as well as more than a little flirtation with Will Mannering's rather underplayed Touchstone - also a lost cause as he's going to end up with the monstrous Audrey. (Audrey's also played by O'Mahony, complete with beard; it's all funny, but it does make you wonder why Touchstone is going after a woman he doesn't seem attracted to, when a woman he does like appears to like him back.) 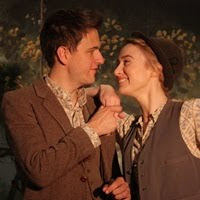 Mullins is a perfectly good Rosalind rather than a stellar one: As Rosalind should be she's funny, likeable, and less in control than she likes to think she is, but she is upstaged somewhat by Beth Park's no-nonsense Celia. Will Featherstone's is a bit of a nice-but-dim Orlando, who only really cottons on to the fact that the "man" pretending to be his beloved actually is his beloved, when his brother tips him off to it quite late in the day. He also looks good in the shirtless wrestling scene that tends to be a highlight of any As You Like It to those of us of a certain persuasion. I think tonight's audience might have got a bit carried away after a summer of Olympics and Paralympics though, from the cheering when Orlando defeated Charles the Wrestler (Tobias Beer) you'd have thought the fight was real.

I think when I saw this production last year my expectations were a bit too high so I'm glad I revisited it (not just because of Featherstone's perky nipples - it was quite a chilly evening.) It won't rank among my top productions of As You Like It but it's amiable and has its strengths. The play's really at its funniest in the second half, as is very apparent here, but the best productions do manage to balance it out better (I think a much more charismatic Touchstone can help with that.) I think I enjoyed the production better the second time, but as before I'll mainly remember it for a superior take on Jacques, an iconic character but one who can easily go wrong. 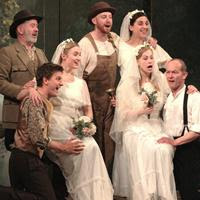 As You Like It by William Shakespeare is booking in repertory until the 16th of September at Shakespeare's Globe.

Email ThisBlogThis!Share to TwitterShare to FacebookShare to Pinterest
Labels: As You Like It, Beth Park, Emma Pallant, Hannah Clark, James Dacre, Will Featherstone, William Shakespeare