PREVIEW DISCLAIMER: This review is of the final reduced-price preview. All remaining performances are being sold at full price, and the critics aren't being invited in for another week. 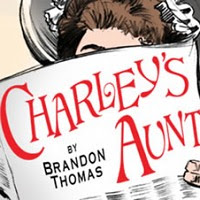 I'd heard of Brandon Thomas' famous comedy Charley's *unt, but all I knew was the title, the fact that cross-dressing figured somewhere, and its best-known quote "Brazil... where the nuts come from" (which, as famous highlights go, isn't entirely encouraging about the rest.) When it was announced that the Menier Chocolate Factory would be reviving it, the reaction online didn't bode well either, with surprise at the choice, and the phrase "horribly dated" being used quite liberally. On the other hand, Big Favourite Round These Parts Dominic Tighe is in the cast, so what can you do? Turn up at the Menier, where Jack (Tighe) and his friend Charley (Benjamin Askew) are trying to find a way to propose to their girlfriends. Charley's *unt Donna Lucia, whom he's never met before, is due to return from Brazil, and seems like a suitable chaperone. When she fails to turn up and Jack finds himself at risk of having to go work abroad before finding a moment alone with Kitty (Leah Whitaker,) their friend Lord Fancourt Babberley (Matthew Horne) is called upon to throw a dress on and impersonate Donna Lucia. 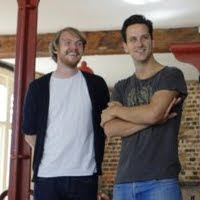 It's not unusual for even the most raucous comedy to take a while getting started, but the opening act of Charley's *unt is just painfully unfunny, and uncomfortable to watch a mostly strong cast flounder. Tighe's still likeable (and, obviously, ridiculously attractive) in himself, but god the dialogue he's spouting is atrocious, and he has a job of making it sound like something a person would actually say. This first act is stolen in all the wrong ways by Jack's butler Brassett, whom Charles Kay plays in a performance visible from space, with so much eye-rolling I was starting to worry one of them might pop out of its socket at any time. It's the kind of performance I actually had to look away from and try to block out with other thoughts, like deciding whether or not to have my entire review revolve around an incredibly puerile joke involving a misplaced asterisk. 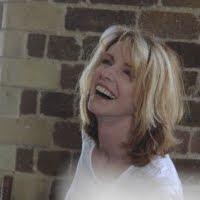 On the plus side, after the first interval, once the farcical storyline has been set up and allowed to unfold, things do improve quite a bit, and I did crack a smile a few times, and some others in the audience seemed to find it very funny. Having been replaced by Mary Berry as the human embodiment of cake, Jane Asher has gone back to the acting and turns up about halfway through as the real Donna Lucia, who realises there's some intrigue going on and decides to have some fun of her own. Meanwhile the fake *unt gets "herself" an admirer in Norman Pace's Spettigue, while the girl Fancourt himself is interested in makes a surprise appearance. In fact despite the cobwebby dialogue I can see that Charley's *unt could still really work given a bold enough production. I guess the Menier isn't the place to look for that but I had held a teeny bit of hope they might do a Pippin to it and try a reinvention. But while the energy will probably pick up a bit over the remaining previews, it won't change the fact that Ian Talbot's production plays things very safe. 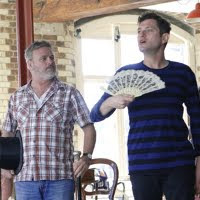 It doesn't help that Paul Farnsworth's set design, though clever in turning into three different locations, needs such a big set change to do so that we have two intervals, only exacerbating the terribly old-fashioned feel. As it stands at the moment Charley's *unt raises some smiles but that's a bit of a poor yield for a big-name, big-budget comedy.

Charley's *unt by Brandon Thomas is booking until the 10th of November at the Menier Chocolate Factory.