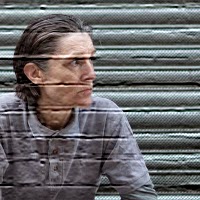 Following 2012's Julius Caesar, which saw the inmates of a women's prison perform the play but find some of its themes too close to home, for the Donmar's 2014 Shakespeare production they've returned to Phyllida Lloyd's concept to see the prisoners try again. Lloyd has now said she enviasages these all-female Shakeaspeares as a trilogy; the third play hasn't been revealed yet but the middle installment is a merging of the Henry IV plays. Although in practice it's a shortened version of Part 1, with Part 2 represented by its two most iconic scenes, plus a third that mops up some plot points. So this is largely the story of Prince Hal (Clare Dunne,) his life of petty crime and carousing with drunken knight Falstaff (Ashley McGuire,) and the first major indication that he's more of a formidable figure than he chooses to present: An uprising against his father, led by the charismatic Hotspur (Jade Anouka,) is crushed partly due to Hal's unexpected transformation into a fighting machine.

Among the actors returning from the first installment, the most notable is Harriet Walter as the King; once again her inmate appears to have more of a personal stake in the play, and in the occasional moments that break from the text, she's most upset by the disrespect for what they're doing. Hopefully Walter is on board for whatever Part 3 is, and it'll feature some kind of climactic resolution for her character, for those of us who've been following from the start. 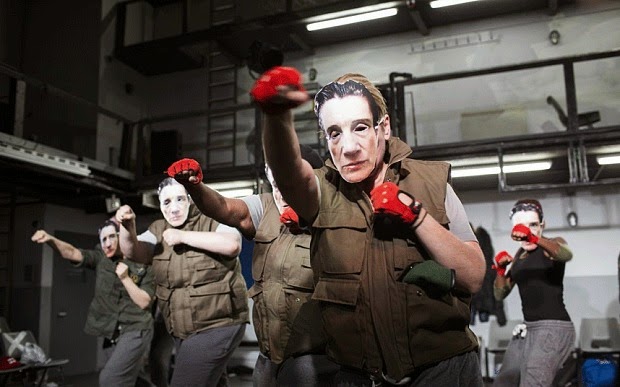 The other significant piece of meta-textual work is more of a slow burn; before the play itself starts, Dunne's inmate gleefully announces that she's just heard she's got parole. It seems like something that's just been thrown in but by the time she, as Hal, rejects Falstaff, it's easy to see the scene hitting a completely different nerve for the prisoners. Julius Caesar is more of an obvious match to the prison setting but I actually enjoyed this more; perhaps because I wasn't distracted by wishing Lloyd had actually transposed the story into a prison instead of this play-within-a-play structure, or more likely the fact that I just like Henry IV more. 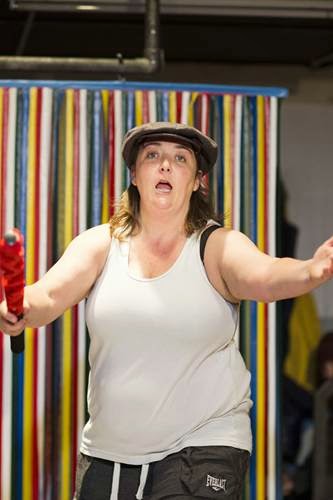 Designer Ellen Nabarro has basically recreated Bunny Christie's set that turns the Donmar into the prison rec room, the only difference being that the audience now has to meet at a club across the street and be led in by a back door. It doesn't add a huge amount of atmosphere though, and I have a suspicion it's largely a way to keep the audience out of front-of-house so they can sneakily refurbish the bar. An interesting visual meme that's carried on from the first production is the blood-red hands1. In Julius Caesar this involved rubber gloves, this time around the prisoners wrap tape around their hands like boxers. 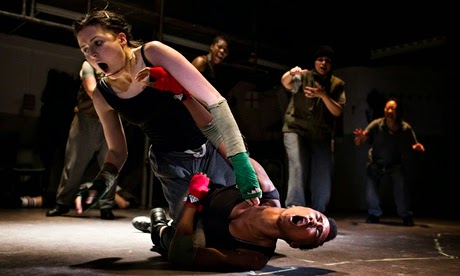 Most of the performances are strong, although Sharon Rooney's terribly laboured verse-speaking as Lady Percy is all the more obvious as she shares scenes with Anouka's brilliantly fresh and natural take on the language. Jackie Clune's Owen Glendower comes complete with a threatening male voice choir as backup, and Cynthia Erivo makes a credible move from musical theatre to Shakespeare, doubling as an enthusiastic Poins and a gymnastic Douglas. The original production had its moments but didn't necessarily suggest the idea deserved to be expanded into a trilogy; it's proved worth doing though, as with Henry IV Lloyd's high concept hits its stride.

Henry IV by William Shakespeare is booking until the 29th of November at the Donmar Warehouse.

1we've had a Roman play and a History so possibly a tragedy is next - maybe it's this particular visual that makes me suspect Macbeth might be a good bet.
Posted by nick730 at 22:53