Theatre review: The End of History... 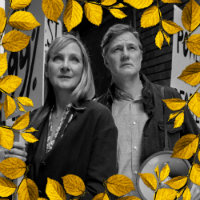 Ten years ago Jack Thorne set an entire play in the wee small hours of the 2nd May 1997, and with his latest play's opening scene taking place about six months after that date it's clear he's not yet done interrogating what the hope and optimism of Tony Blair's first victory actually ever amounted to. Blair is much more of a background noise than a central theme in The End of History..., a family drama spanning twenty years that often has the feel of a sitcom that's gone unusually dark. Sal (Future Dame Lesley Sharp) and David (David Morrissey) are a kind of embarrassing sitcom mum and dad (right down to the clichéd trope of the mum who's a terrible cook,) with the main source of embarrassment being their commitment to their left-wing beliefs and causes, their enthusiasm for which has never dulled.

So if the opening scene is a spin on the comedy staple of the awkward dinner party, it's because eldest son Carl (Big Favourite Round These Parts Sam Swainsbury) is bringing his new girlfriend round for dinner and Harriet (Zoe Boyle) comes from money. 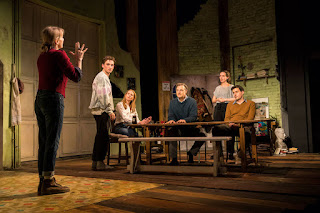 Sal is pretty sure she'll say something rude to Harriet and put her foot in it, but this awkwardness comes from the fact that she and David have such a contempt of inherited wealth that they genuinely do feel snobbery towards her and think their son should aim for someone better. The remaining two scenes see the action take roughly ten-year jumps (Thorne's regular collaborators, director John Tiffany and Movement Director Steven Hoggett giving these time jumps a lovely balletic flow) and we get to see the way all three of the couple's children have responded to their parents' idealism, and the disappointment they've made no attempt to conceal that they've not followed in their own revolutionary footsteps. The middle scene follows Sal and David's announcement that they won't be leaving the house (an imposing set by Grace Smart) to their children, who aren't hurt so much by the financial snub as the implication they're not fit to carry their parents' legacy. 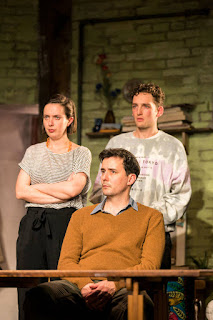 Kate O'Flynn's drily witty Polly's romantic life is full of bad decisions but her professional life would to most people seem a success - but her parents are disappointed she's chosen a high-flying legal career rather than become a campaigning human rights lawyer. Youngest son Tom (Laurie Davidson) is the most obviously damaged of the three, and his progress over the decades is so slow you have to wonder if he'll ever be able to make it on his own. The End of History... feels very much like a response to Love, Love, Love, but with a somewhat more sympathetic view of the parents than Mike Bartlett managed. And if it seems like I'm making a lot of comparisons between this and other work - sitcoms, Love, Love, Love - that's because that's the prevailing feeling when watching Thorne's play, that it doesn't have much of an identity of its own; the callbacks to other stories may be deliberate, but it doesn't feel as if they're actually bringing much of a new spin. 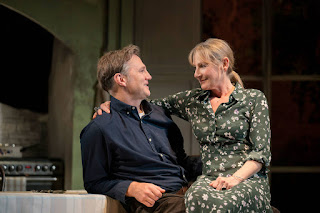 And I don't know if this is meant to be part of the gag about Sal's inability to cook, and I'm sure some people could get cheese on toast wrong, but I don't think she's grasped even the very basics of the concept: Cutting a large block of cheese into precise little slices, then going at them in a frenzy to make jagged slivers of cheese, which you then pile up high onto two slices of bread without toasting the underside does not make cheese on toast: What you would get after you put it under the grill would be some molten cheese on top of untoasted bread, and a much larger quantity of molten cheese stuck to the bottom of the oven. I mean fine, Sal might be so bad at cooking that the very concept of food slightly confuses her but surely someone would have asked her what the fuck she thought she was doing by this point. Besides, Tom supposedly can cook, and it's never occured to him that you could actually time how long you leave a lasagne in the oven for, rather than just wait until you smell burning. What I'm saying is, none of this comes across as a character point, so much as suggesting that neither Thorne nor Tiffany know what an oven is. In any case, if my prevailing thought on leaving the play is about cheese on toast, it probably doesn't reflect too well on what it might actually be trying to say.

The End of History... by Jack Thorne is booking until the 10th of August at the Royal Court's Jerwood Theatre Downstairs.