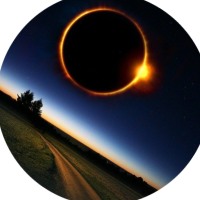 Back to Coronavirus, lockdown and isolation as seen through the uniquely, romantically twisted viewpoint of Philip Ridley, as I go back for a second selection of online premiere monologues in his The Beast Will Rise series (my review of the first four is here.) The next five feature both the longest and the shortest so far, and while most of them can be seen as having a specific significance to the circumstances under which they've debuted, they all could easily remain interesting taken out of context. Probably the least obviously tied to the theme of lockdown is Wound, in which Mirren Mack gives us a journey into a troubled mind in pain, escape into both self-harm and fantasy worlds, but also a resilience that keeps her coming back to reality. A few months into lockdown and everything being done on Zoom has become visually boring, but director Wiebke Green gives Wound  its own identity with a stark clinical whiteness and maintaining an extreme close-up on Mack's face that heightens the sense of anxiety.

The next two pieces offer conflicting ways the lockdown has affected our relationships with others; for some it's meant being stuck with housemates or family without escape, and Telescope, performed by Unique Spencer, brings us a young woman whose family are getting on each other's nerves. But as the father's purchase of a telescope keeps them out in the garden in weather when they should have been indoors, things take a more serious tone, both in the illness that befalls the mother, and the suggestion of deeper cracks in the family relationship. On the other end of the scale is the feeling of complete isolation from other humans, and in another bit of visual respite from all the bookcases, River takes Lucy Gape very briefly outside. Very briefly: Barely over two minutes long, its text is all of fourteen words, a concisely poetic bit of resilience and defiance. Short it may be but River seems to have captured the imagination, and to have already inspired remakes and reinterpretations that even find new meaning for it in the context of the Black Lives Matter protests. 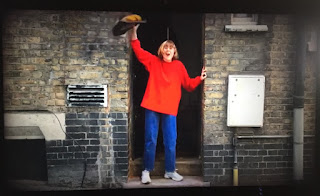 By contrast Mike Evans gets almost a full hour to himself in Eclipse*, a rambling tall tale that I can easily see getting a small-scale stage production once live theatre is a thing again, but which again Green gives its own visual identity with a sort of ghost-story, Tales of the Unexpected vibe (it's also the first in the series not to be filmed in a single shot.) We're in another of Ridley's post-apocalyptic worlds, with the titular virus a mirror image of the real one, in that it targets the young with blindness and death; the elderly are left alone by the sickness itself, but human nature's darkest instincts turn on them instead. There's a cursed boarding house, a powerful and corrupt Church, and a fleeting mention of St Bartholomew that provides a bit of foreshadowing to a grisly twist; it feels like a hint of what would happen if Ridley wrote a Victorian ghost story, and now of course I want him to do that. There's also a welcome sighting of an old-school Ridley meme in the form of biscuits (chocolate ones would have been more on-brand but probably not as suited to this particular story) while I wonder if a couple of new ones are being introduced, with dolphins and the Sistine Chapel getting mentions a couple of times across the series. 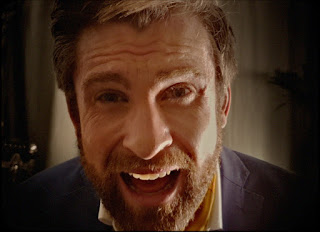 Finally in this collection Steve Furst provides a comic palette-cleanser as Performance takes a bit of a swipe at these performances from home that are part of the new normal, and how an old-school, self-important actor might cope with them. Again, I don't know how many of these monologues were specially written for The Beast Will Rise and how many Ridley had knocking about already looking for a home, but I suspect they'll be among the more enduring pieces of lockdown theatre once this is all done; five more monologues are still due in the coming weeks.

The Beast Will Rise by Philip Ridley is available on Tramp's YouTube channel.