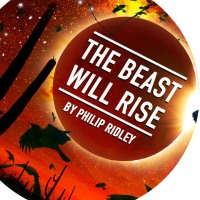 It's been a while since I checked in with Philip Ridley and his lockdown monologue collection: That's because I've been watching them in groups of four or five playlets (you can also read my reviews of the first and second sets) and I'd been waiting for all fourteen to become available before winding the reviews up. But production company Tramp are among those dipping a toe back into live performance, and a final monologue called Cactus appears to be being saved to premiere live. So maybe that'll eventually surface on YouTube as well and I could give that a quick review, but in the meantime parts 10-13 of the sequence feature another one of the somewhat longer speeches, followed by a trio of very short snapshots. They've got a tough act to follow as the 30-minute opener Star is frantically memorable.

Joseph Potter gives us an initially unlikeable narrator, a hyperactive and twitchy character bragging about his boyfriend Kian, whom he's just got engaged to. But it's obvious from the start that there's a nervous element to his excitement, and the story he tells turns out to be one he's not yet fully processed himself. 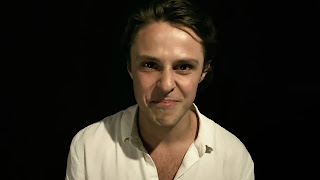 When Kian disappears in Victoria Park while going to get an ice cream, Star quickly plunges into a nightmare as the narrator searches for him, finally finding him in hospital with a mysterious illness. It's an intense and nerve-wracking little thriller that satisfyingly drops clues to the tragic twist behind what caused Kian's illness, without coming close to actually explaining it. But although these monologues have been full of strong performances it's hard to deny that this one in particular is all about Potter's impressive one-take journey into the nightmare Ridley's written for him. Director Wiebke Green has been steadily finding ways to make these Zoom recordings look less like Zoom recordings; Star is performed against a plain black background that makes you focus on Potter's face even more. 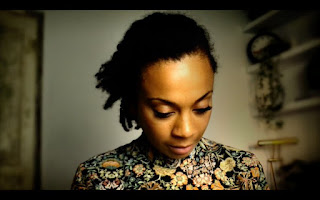 And Night has its own visual identity as well, Tyler Conti filming himself in what seems to be the woods or a field; there's a horror movie feel to it, with sudden noises of birds and rustling grass, and that's apt since this character is revealed to have resigned himself to a lonely end. A more traditional Zoom call for the last two pieces, and while the death rate and isolation from loved ones Eleanor Fanyinka faces in Puzzle aren't caused by a virus the parallels are obvious. Obviously many of these monologues are strong metaphors for the effects of COVID-19, but given Philip Ridley tends to go for the apocalyptic at the best of times I can't even say for sure they're a direct response - a man who imagines the end of society caused by the wrong kind of butterfly is the natural chronicler of unpredictable times. 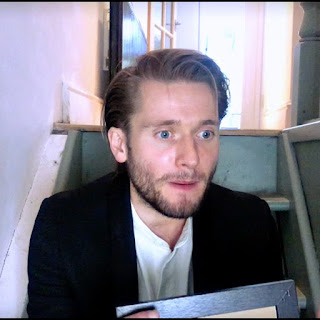 But Ridley's also got a real tactile sense to his writing that doesn't necessarily have to be used for unearthly horrors, and in one of the more literally-titled pieces Snow is a mini-memory play in which Joseph Drake unearths a very early memory of first encountering snow, reminding us that wonder is still possible too. And The Beast Will Rise continues to have its own personal subset of Ridley memes, with a lot of the characters looking to the heavens - planets, stars, eclipses and telescopes have featured regularly in the series.

The Beast Will Rise by Philip Ridley is available on Tramp's YouTube channel.