You got an ology? You're a scientist! 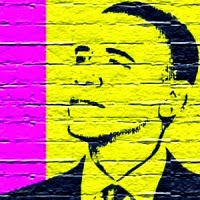 I don't know if it's very good or very bad timing that Aurin Squire's play Obama-ology makes its UK debut just as Obama's presidency looks likely to end on a whimper; probably the former, as the frustrating difficulty of making real change is one of the major themes of a story that takes place during his first presidential election campaign. Warren (Edward Dede) is a black, gay, Buddhist university graduate who joins the campaign's New York headquarters but is quickly shipped off to a strategically important, but difficult voting ward: East Cleveland could be a major part of winning the crucial Ohio vote. An almost exclusively poor black neighbourhood, it ought to be an easy sell, but many residents aren't registered to vote at all, and those that are still view Obama with suspicion, as a white man in black man's clothing.

The latter is an attitude Warren himself, with his somewhat effeminate and primly articulate way of speaking, will come to know well. Over a year of campaigning he and the rest of the team will coin the term Obama-ology for finding the balance between the established rules of how to win an election, and when to break them in the unprecedented situation of a black man running for the US presidency. 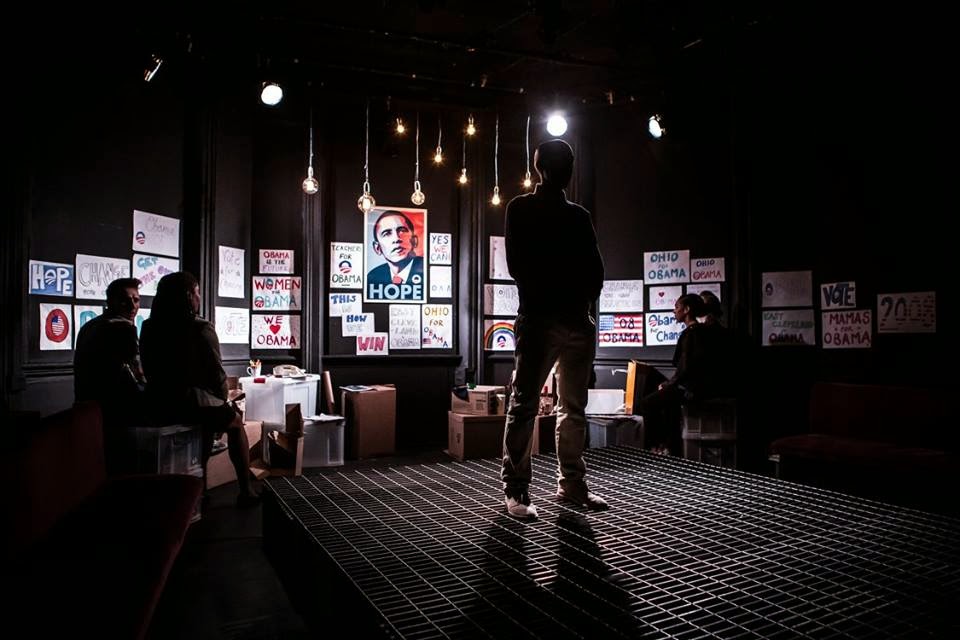 US political campaigns are run on insane schedules, with the volunteers working 7-day-weeks on very little sleep, and Squire's play reflects much of this chaotic nature, throwing Warren into a world where he faces hostility on his daily rounds knocking on doors, then criticism back at headquarters when he fails to convert enough of the residents into voters. By the end it feels as if Obama-ology has a little bit too much going on to stay focused on, but it does have a through-line of Warren attempting to inspire illiterate single mother CeCe (Pearl Mackie) not just to help Obama get elected, but to help herself when the dust settles, too. 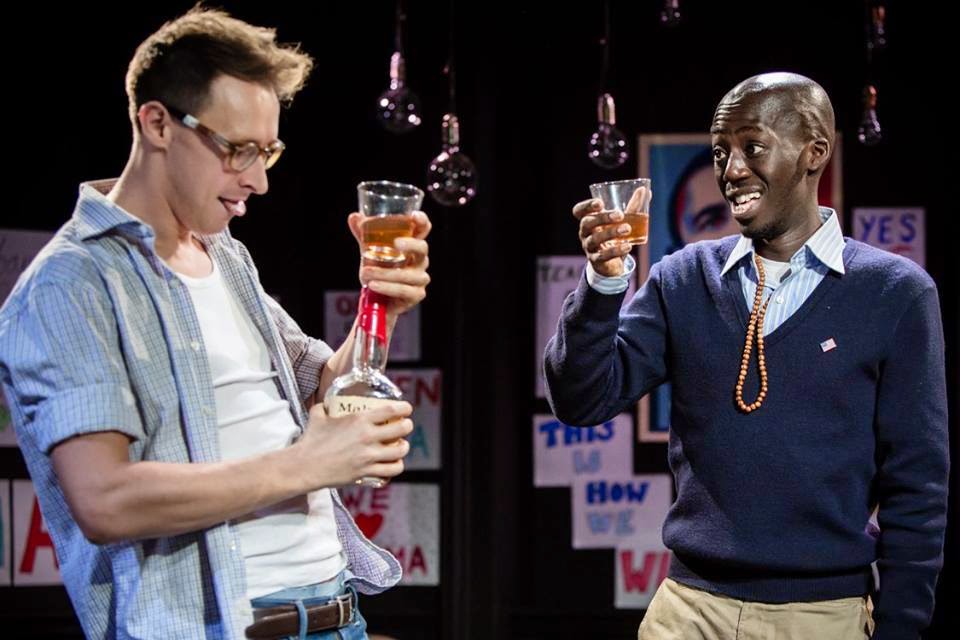 The other thing helping to keep the busy story going is the uniformly strong cast in Tommo Fowler's production, Dede backed up by an ensemble of four, each playing multiple characters, and demonstrating that Warren's not the only one making sacrifices: Campaign boss Laura (Katherine Newman) is trying to block the knowledge that her sister is MIA in Afghanistan so she can keep working, while Sam (Peter Caulfield) and Barbara (Amanda Wright) are hiding their relationship to avoid being labelled unprofessional. 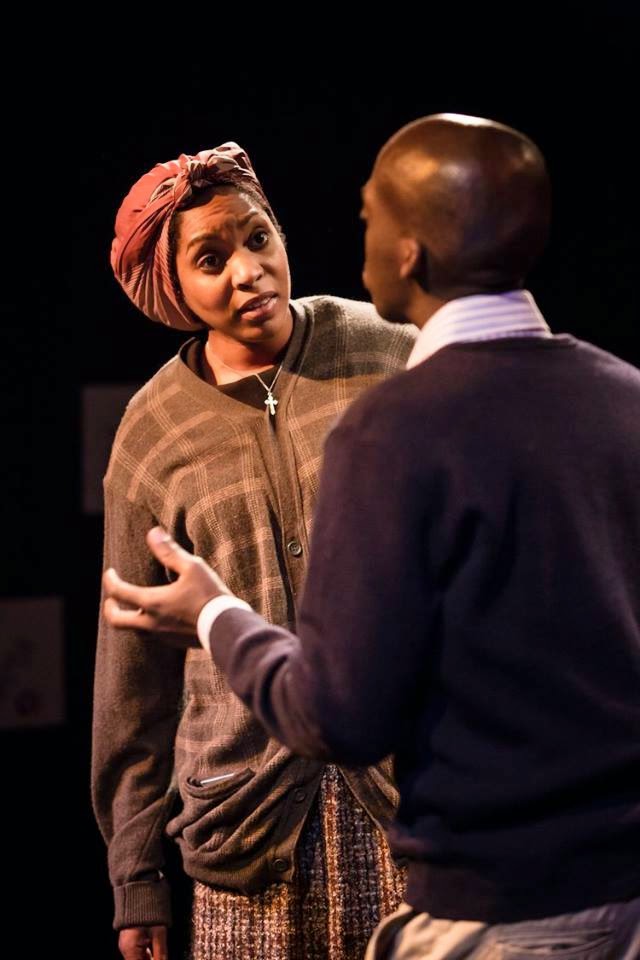 One area where Obama-ology certainly feels topical is in the recurring theme of the police as an unpredictable and dangerous force who will stop and possibly attack anyone they like, particularly if they're black. But while Warren and CeCe find themselves targeted even more, it turns out race isn't the only thing that'll put you in their sights - campaigning for the "wrong" candidate gets all the volunteers intimidated by police at one time or another. Squire's play feels a bit messy overall, but it's entertaining and slickly staged by Fowler and his cast.

Obama-ology by Aurin Squire is booking in repertory until the 16th of December at the Finborough Theatre.