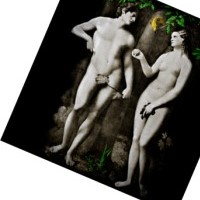 My third, and presumably last Measure for Measure of the year, and after a typically caustic, physical and anti-naturalistic one from Cheek by Jowl's Russian arm and an unsuccessful attempt to ramp up the bawdy comedy at the Globe, the Young Vic's production pitches it somewhere in the middle. Joe Hill-Gibbins returns to the venue where he made his name, although instead of the jelly that featured heavily last time he was here, he brings along the video cameras from his Edward II at the National. Miriam Buether's set is a plain wooden box that, when the curtains go back, is piled high with blow-up plastic sex dolls. This, it seems, is what the people of Vienna have been reduced to in the eyes of the Duke (Zubin Varla.) The city's morality laws are actually incredibly strict, so he's let them slip during the 19 years of his rule. He now feels this was a mistake, but he'd feel hypocritical enforcing them now himself. So he pretends to leave the city, posing as a friar to see what happens when he leaves the puritanical Angelo in charge. What could possibly go wrong?

We soon find out what happens when a zealot gets the chance to enforce the literal word of the law: The otherwise respectable Claudio (Ivanno Jeremiah) has got his girlfriend pregnant. Suddenly this is a capital offence, and his beheading is scheduled for the next morning. 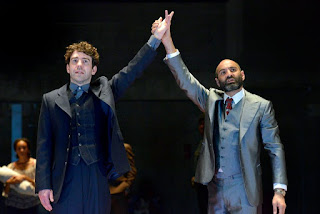 Although the inflatable dolls are likely to be the thing people talk about, the attention-seeking style of the piece is just a hook for what's actually a very well-observed production with a lot of detailed work between the actors: The scenes between Angelo and Isabella, Claudio's sister whom he instantly lusts after when she comes to plead for mercy, are quiet and tense. Paul Ready's Angelo is creepier than Justin Bieber's dad, his self-imposed repression turning into a very sinister desire when he gets absolute power. Romola Garai's Isabella is a waif-like figure it feels uncomfortable to leave in the same room as him. 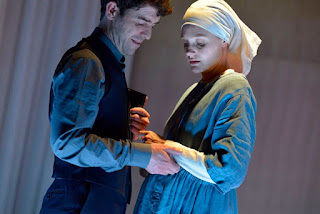 I'm all for Measure for Measure getting fairly sweeping text cuts as its subplots are pretty weak and tedious, and that's what dramaturg Zoë Svendsen delivers, bringing the whole thing in well under two hours without an interval. As well as streamlining the story this also seems to have got rid of many of the moments where the Duke panics, apparently forgetting he could solve everything just by taking his hood off. So instead Varla gets to play him as a deranged puppet-master, playing with people's lives just to see what happens. 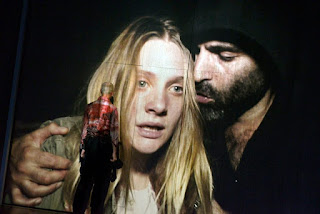 The Barnardine (Matthew Wynn) plot remains, although also trimmed down, and it serves to suddenly change the tone from the eerie intensity of the first hour to a frantic pace for the last 45 minutes - it's not an entirely organic tonal shift but it does build up to an interpretation of the notoriously difficult ending that sees the Duke reveal the true extent of his dangerously erratic nature. 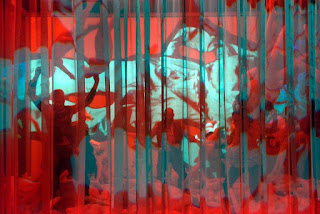 This also allows a darker playing of the running gag where Lucio insults the Duke to the "friar's" face - John Mackay's Lucio seems to know exactly who he's talking to and is trying to shame him into action. Instead of stupidity and mean-spiritedness his downfall comes from misjudging just how capriciously insane the Duke is. Hill-Gibbins is clearly a bit too fond of having the characters film each other - it works well in the prison scenes but feels unnecessary when it's brought out at other moments. But a few missteps aside this quickly proves to be more than just a gimmicky production, with a lot of interesting ideas and intense performances.

Measure for Measure by William Shakespeare is booking until the 14th of November at the Young Vic.