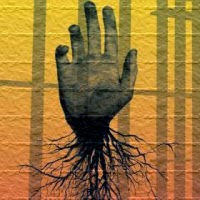 Guantanamo Bay gets an absurdist makeover in Nick Gill's fiji land, which follows three men being slowly broken by a strange responsibility. Grainer (Jake Ferretti) has taken a well-paid job somewhere hot, remote, and in some way connected to the military. He shares his shifts with two others, working two-on, one-off: Wolstead (Matthew Trevannion) is a loud-mouthed conspiracy theorist who likes to document everything with a Polaroid camera. Tanc (Stephen Bisland) is laconic, sinister and, in some vague way, in charge. They work in a greenhouse "guarding" six rows of small pot-plants. When an alarm sounds, they have to water the plants - except for the back row, which is being "punished." Grainer tries to relate to his co-workers to help get through their work, but behind their confident facades they too are being slowly driven mad by what they do.

Gill's metaphor of plants as prisoners of war being tortured is a simple but strangely effective conceit, the captors reducing their captives to something that's alive but not human. Although he does at times labour the point - by the time Tanc literally waterboards a pot-plant, it feels like the playwright's insulting the audience's intelligence by suggesting they might not have got the point yet. 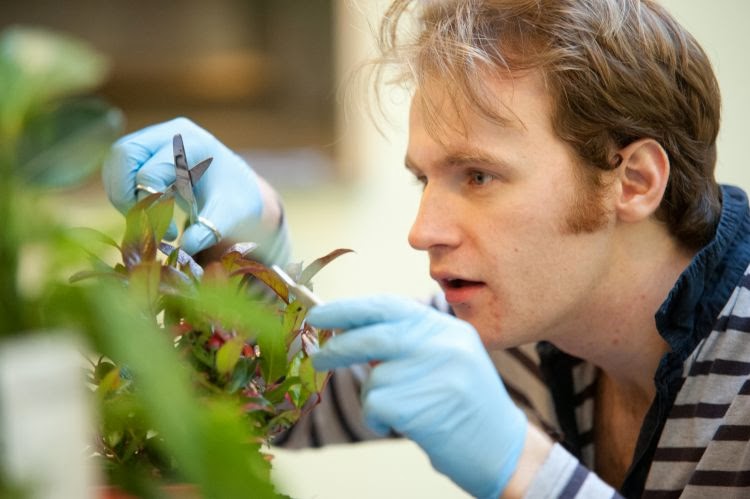 It's more interesting to view the metaphor as just the jumping-off point for the surreal nightmare of Alice Malin's production, which is intensely acted by the trio. Ferretti's Grainer provides an identifiable, seemingly regular guy whose initial discomfort at what he has to do slowly turns into resentment towards his charges, and while he starts to suffer from the heat, Wolstead insists he's freezing - as Grainer starts to shed layers of clothing, Wolstead gratefully steals them to add on (which isn't quite the way round I would have chosen, Trevannion being possibly the hottest ginger since Rutherford HASHTAG CONTROVERSIAL!) 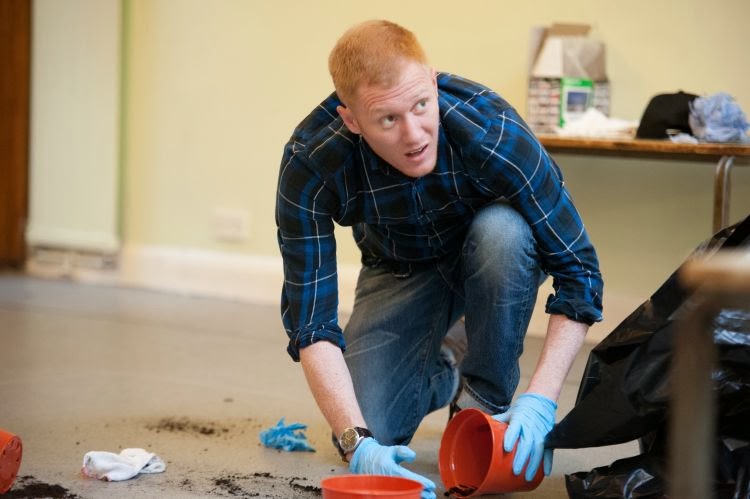 Meanwhile Tanc largely stays apart from the others, carrying out the orders from his unseen superiors who occasionally demand certain plants be disposed of in the ovens outside. His own mental breakdown sees him become increasingly sadistic and abusive, until eventually he ends up sticking his hand down his trousers and wanking off while fondling, and eventually chewing on, a pot-plant. Which is definitely what Bisland had in mind when he went to drama school. 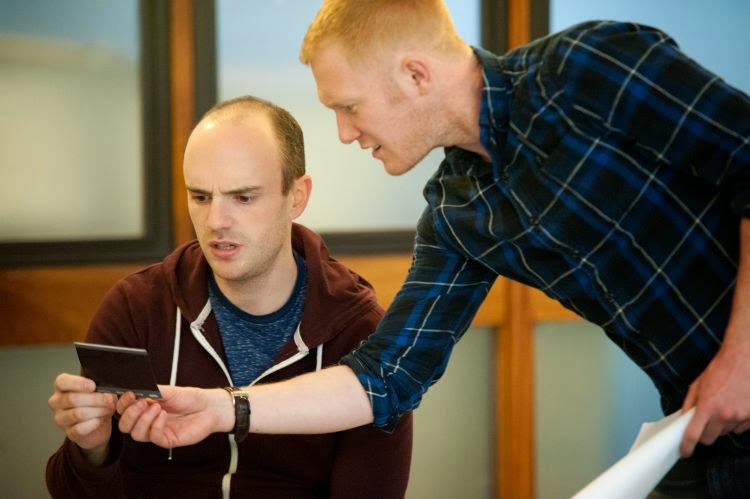 As a commentary on detention centres and torture fiji land doesn't perhaps have as much to say as it thinks it does, but as a piece of intense, sometimes gruesome absurdist theatre, Malin's production has a hypnotic power, anchored by Ferretti's central performance. And then, just for an added bit of verisimilitude, the usher somehow managed to lock the audience into the auditorium as we were trying to get out. Although that was probably just a special bonus for tonight's performance.

fiji land by Nick Gill is booking until the 8th of February at Southwark Playhouse's Little Theatre.

Note: Contains eye-gouging and floral frottage.
Posted by nick730 at 21:41