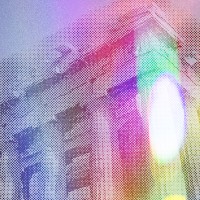 Even speaking optimistically it'll be a while before any live Shakespeare productions come along in 2021 (although multiple competing Romeo and Juliets are on their way digitally,) but in the meantime the BBC Sounds app offers an alternative: The Shakespeare Sessions podcast features, alongside various Bard-related documentaries and interviews, some of the Radio 3 adaptations from recent years. So with me not fancying another lockdown night in front of Netflix, one of the most obscure plays in the canon and the last one I ticked off my "seen onstage" list, but one which I've become more familiar with in the last few years, was an option. A candidate for the title of his final (collaborative) work, Shakespeare and Fletcher's The Two Noble Kinsmen is an eccentric, tragicomic adaptation of Chaucer's The Knight's Tale.
In Celia de Wolff's production Blake Ritson and Nikesh Patel play Palamon and Arcite respectively, Theban cousins who are devoted to each other until they end up in an Athenian prison and spot Queen Hippolyta's sister Emilia (Kate Phillips.) Willing to escape prison and risk discovery to fight for her hand, they embark on a sometimes absurd, sometimes deadly pursuit for a woman who, at best, is loath to choose between them, at worst is blatantly disinterested in either of them (because she's only ever been in love with one person, and that was a woman.) Meanwhile the Jailer's Daughter (Lyndsey Marshal,) who fell in love with Palamon and helped him escape, gets spun off into a weird subplot of her own when she goes mad and wanders off into the woods.
I've seen The Two Noble Kinsmen on stage twice, and while neither production convinced me that it belongs in the Shakespearean A squad they've found what's entertaining about the play. These radio adaptations always inevitably strip things down to what's in the text and don't leave as much scope for interpretation as a production with visuals. So many of the weaknesses are exposed, like the haphazard plotting (the opening features an unnecessarily protracted explanation of why Athens went to war with Thebes, the Jailer's Daughter plot wanders off on its own before getting forgotten.) I also found it exposed how casually it treats women as chattel - when Theseus comes up with the competition over which of the Kinsmen can marry Emilia, it's downright uncomfortable how many times he says the winner can "enjoy" his sister-in-law while there's a similarly nasty sexual element to the way the Jailer's Daughter is treated after she goes mad, and married off to the gormless Wooer (played by Oliver Chris, because you can't keep that man away from a chance to make a fool of himself in Shakespeare.)
But more inoccuous, and more interesting stuff is highlighted as well, like the way the play seems to remix more famous works from earlier in Shakespeare's career - the nuptuals of Theseus (Ray Fearon) and Hippolyta (Emma Fielding) getting interrupted by amdram like in A Midsummer Night's Dream, while the Jailer's Daughter's mental breakdown (Marshal plays her as a bit unhinged from the start) is like a weirdly comic redo of Ophelia. Then there's the play's extraordinary queerness, with both Emilia and Theseus given same-sex friends who are strongly hinted to be much more, and the Kinsmen before their falling out saying they can be "each other's wife," which is certainly not the obvious phrasing of what they're trying to express. The title characters' tendency to blur into each other isn't a problem here, although that's largely because the lack of scenery hasn't put Ritson off trying to chew it, while Patel goes for the different approach of playing Arcite as if he's, you know, a person.
Overall I don't know that I'd recommend this to someone who'd never seen the play on stage - there's not enough distractions from its weaknesses, and the comic scenes are mainly set up for visual humour so that element doesn't come across. But you certainly get an idea of what a strange little play it is, if you can't wait however many years it takes for it to make it to the stage again.
The Two Noble Kinsmen by William Shakespeare and John Fletcher is available on BBC Sounds.
Running time: 1 hour 55 minutes.
Image credit: BBC.
Posted by nick730 at 21:55