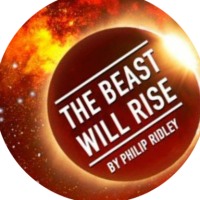 A lot of exciting-sounding shows got cancelled or postponed for the current lockdown, but some losses hurt more than others; a new Philip Ridley play is always something to look forward to and the blurb for The Beast of Blue Yonder made it sound like a particularly crazy, epic ride. Let's hope it's not too long after Southwark Playhouse reopens that they reschedule it, but in the meantime Ridley lost no time providing an alternative. And frankly, who better to whip up something for quarantine out of nowhere than a writer who deals in the apocalyptic as his bread and butter? With The Beast of Blue Yonder's production company Tramp, director Wiebke Green, and intended cast, he's put together The Beast Will Rise, a series of 14 monologues for the actors to record in their own homes, released on a weekly basis. But I couldn't wait that long for the whole set to be available so I'm going to be catching up with it every few weeks, beginning with the first four.

And what an opener Gators is, with Rachel Bright in the most on-the-nose metaphor for what's really happening, on lockdown in her house, unable to leave because there's something out there waiting for her. Although as the title gives away, this beast is far from invisible. In a dystopia somewhat reminiscent of Mercury Fur, an environmental disaster left a huge swamp where a park once was, and that's where the gators came from. Until recently they've never hurt anyone, and an unspoken set of rules has kept humans and gators uneasily coexisting, but something's changed. Bright's single-take 19-minute performance matter-of-factly creates a world very familiar to Ridley fans, where vicious violence and the most intense, passionate love are essentially interchangable.

Next up a couple of shorter pieces, more grounded in reality as Grace Hogg-Robinson's sweet but haunted performance gives us a young girl in a situation much worse than simply being stuck at home, but whose coping mechanism many of the people on my Twitter timeline immersed in Animal Crossing will probably recognise, as she finds comfort in her fantasy world of Zarabooshka. Barely over three minutes long, Chihuahua most feels like a scene that might have been cut from an earlier play, as Charlie Quirke casually tells a nasty little tale of animal cruelty; it's a monologue that would probably have a bit more of a punch if it had been part of a longer play, coming out of the blue rather than having to stand alone.

The most recent upload is Origami, featuring Nat Johnson as a teenage girl furious at her father's infidelity, but for reasons of her own compelled to be complicit in keeping it secret. Unlike Chihuahua which feels like an offshoot of something else, Origami is the kind of brutally concise micro-story that gives you a full picture in four minutes. The four monologues so far have felt very varied and it'll be interesting to see if the entire collection feels like fragments or starts to follow common threads - I'll be back to the virtual Southwark Stayhouse in a few weeks' time to catch up with another batch.