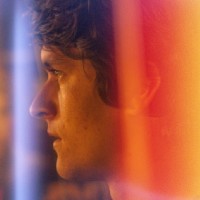 Oscar Wilde's The Picture of Dorian Gray is a story that's endlessly popular for stage adaptation, although in my experience it always seems to struggle there - perhaps that's why it's the one story Wilde chose to tell as a novel rather than a play or poem. It now surfaces again as the latest pandemic-era streaming production, from co-producers the Barn Theatre, Lawrence Batley Theatre, New Wolsey Theatre, Oxford Playhouse and Theatr Clwyd - filmed largely at the Barn, adapted by the Lawrence Batley's Artistic Director Henry Filloux-Bennett and directed by Clwyd's AD Tamara Harvey, a number of other partner theatres also benefit from one of the more star-studded of the recent online shows. Keeping Wilde's core characters intact but going for a much looser adaptation of the actual story, Filloux-Bennett turns it into a parable about social media that's firmly rooted in last year's events.
Specifically the second lockdown that saw students turn up at university only to get immediately sequestered into their halls of residence; Fionn Whitehead's sweet, bisexual Dorian Gray starts a YouTube channel in some incredibly vague attempt to create solidarity and some kind of social life while stuck in his room. 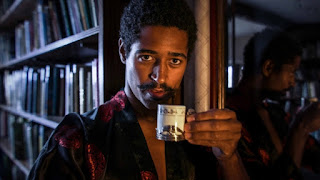 Orphaned very young, Dorian comes complete with an odd trio who've been around much of his life: mother-figure Lady Narborough (Joanna Lumley,) friend-with-benefits Harry (Startled Giraffe Alfred Enoch) and married IT developer Basil (Russell Tovey,) who's been creepily obsessed with the much younger man for years and showers him with gifts. In the original, Basil is the one who paints the titular picture, which here becomes an Instagram filter that freezes Dorian into one moment of perfect youth and beauty. 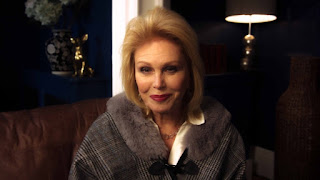 This is Wilde via Roald Dahl, specifically a quote about beauty from The Twits*, which sees the original concept of the man who stays young while his portrait ages reversed: Here it's only the fictional online version of Dorian that stays youthful; while that version gives him huge popularity, it turns him first into cynical influencer, later into hissing right-wing conspiracy theorist. As his thoughts get uglier so does the real-life Dorian, only taking his protective mask off when the filter is there to hide his real face. 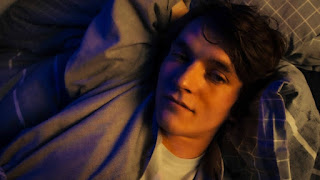 This is an entertaing and visually inventive 90 minutes although perhaps not a story that bears that much scrutiny: In the original Dorian is pretty much the architect of his own downfall but here the filter and its magical side-effects are a trap orchestrated by Basil, for motivations that aren't entirely clear - Dorian hasn't yet fallen for Sibyl (Emma McDonald) when the trap is sprung so if it's jealousy it's taken hold at a pretty random point in their long relationship. I also have no idea what Dorian saw to convince him of what the filter could do, since he first used it at the moment of youth and beauty that it would go on to preserve.
Tovey and McDonald feel underused, with Enoch and Lumley carrying much of the narrative as they're interviewed (by Stephen Fry) some time after the main events. And since this does feel more like TV than theatre, the many attempts to bring a theatrical connection back to the production can feel arch: Harry saying the only worthwhile NTLive show was "the one with Tom Hiddleston showering" (a show Enoch happened to be in,) Sibyl's Shakespearean tiktok channel, and a weirdly sneery moment about theatre fundraisers being for people who find fundraising for foodbanks too real and depressing, which is frankly baffling in a show which is basically... a theatre fundraiser. 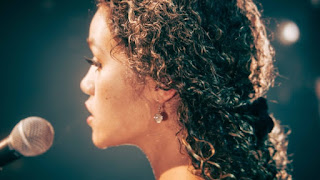 On the other hand Harvey's way of putting the story together through the challenges of social distancing is masterful: The Skype calls, YouTube confessionals, security camera footage and videos in which one character is filmed by another, all ways to have people talk to disembodied voices without it feeling forced. Setting it within the time when it was filmed helps of course, but Harvey's ability to keep it visually interesting is reason enough to watch this; but you can also add Whitehead's central performance that takes a lovable version of Dorian Gray though a Gollum-like transformation into poisonous narcissism.
The Picture of Dorian Gray by Henry Filloux-Bennett, based on the novel by Oscar Wilde, is available to stream until the 31st of March via the Barn Theatre, Lawrence Batley Theatre, New Wolsey Theatre, Oxford Playhouse and Theatr Clwyd.
Running time: 1 hour 35 minutes.
*“If a person has ugly thoughts, it begins to show on the face. And when that person has ugly thoughts every day, every week, every year, the face gets uglier and uglier until you can hardly bear to look at it. A person who has good thoughts cannot ever be ugly. You can have a wonky nose and a crooked mouth and a double chin and stick-out teeth, but if you have good thoughts they will shine out of your face like sunbeams and you will always look lovely.”
Posted by nick730 at 21:33