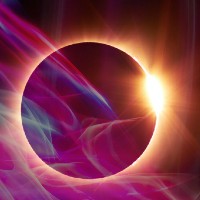 The last time I caught up with The Beast Will Rise, the fourteenth play in the series, Cactus, had had its online premiere postponed, taking the opportunity of one of last year's brief returns of live performance to debut in front of an audience instead. I hadn't looked at Tramp's YouTube page for a while, but with Philip Ridley's first new work of 2021 coming soon I had a look, and it seems that Cactus had quietly arrived online a few months ago, along with a new fifteenth instalment. Ridley's monologue cycle for Zoom, directed by Wiebke Green, was something of an underrated epic of the first lockdown - you can read my reviews of the first, second and third sets of monologues I watched, and I think this fourth one will be the last... but with a playwright as prolific as Ridley you never know when something else might pop up.
The main event in this final pair is the half-hour Cactus, in which Kyle Rowe navigates us through one of Ridley's post-apocalyptic worlds - in this case the apocalypse was a low-key environmental one, and a once-forested area can now only support cacti. Society hasn't crumbled - there's roads, cars and restaurants - but criminal gangs control the streets. 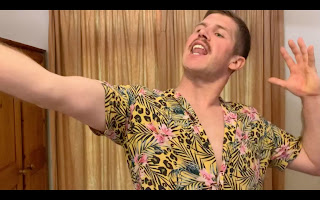 Rowe's narrator makes a living kidnapping dogs and holding them to ransom, a minor criminal who gets caught up with a much more dangerous gang when he uses a cactus as target practice, not realising it's the local mob boss' favourite cactus. The monologue is essentially a shaggy dog story with Ridley in his black comedy vein, as the nameless narrator gets caught up in grisly killings, naked escapes lubricated by butter from the mobster's banquet, and a Bonnie and Clyde life on the run with Wesley, the pizza delivery boy with a bubble butt. There's some wonderful examples of the writer's ability to mix violent, poetic and strangely romantic language (when Wesley returns his affections, the narrator flushes so much he thinks the butter on his skin might bubble.) Throw in a frantic performance from Rowe, and Green using Zoom's backgrounds that make everything look a bit like 1970s Doctor Who, and you've got a kind of surreally enjoyable gangster B-movie. 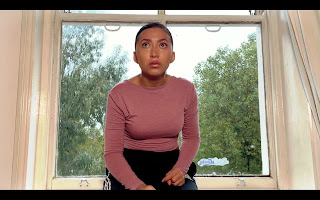 The chaser is a very different kind of beast - in the short Rosewater Yanexi Enriquez is a young woman giving us a seemingly rather banal talk about how much she enjoys rehearsing with the choir she's joined, where she first started flirting with a boy she liked. Her occasional freezing and staring off into space clues us in that she's chatting to hold a painful thought away, and the way the various strands of her monologue tie up is satisfying, but it's not the most distinctive or creative play in the sequence. It's a decent little piece taken on its own, though, and it ties up the way The Beast Will Rise shows Ridley's writing off in its variety that nevertheless maintains a signature style that's not quite like anyone else.
The Beast Will Rise by Philip Ridley is available on Tramp's YouTube channel.
Running time: 31 minutes (Cactus,) 12 minutes (Rosewater.)
Photo credit: Tramp.
Posted by nick730 at 21:36