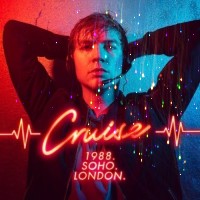 Actors writing monologues for themselves to show off both their writing and acting skills is nothing new, and no doubt many more of them will be on their way soon, written in lockdown. Jack Holden has got in ahead of the pack by using one of the streaming platforms, stream.theatre, for the premiere of his play Cruise, but this particular "stage-to-screen" presentation is actually more like "screen-to-stage," as before the filmed version had been seen online a live production at the Duchess was announced. I'd already booked to watch online before I knew there was the option of seeing it live, but having now watched it I can see why producers might think it was worth a punt as one of the shows to reopen the West End with: Not only is it in the top flight of actor-written monologues, but after the huge TV success of It's A Sin this taps into a similar vein; not just in the subject matter of London's 1980s gay society being ravaged by AIDS, but also in balancing grief for the lives lost with a celebration of the hedonism that was its flipside.
In Holden's framing device he plays a version of his 22-year-old self, volunteering for Switchboard, the LGBTQ+ helpline, and is inspired by true stories he heard while working there. He views his younger self as a bit cocky and ignorant of what the generation of gay men who lived through the 80s and 90s went through until, on a night when he's left alone in charge of the phones and has just had to deal with a particularly traumatic call, Michael phones in. 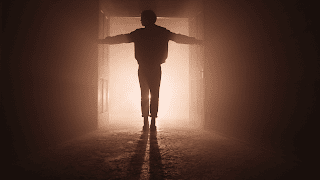 For most of the play Holden takes on the role of Michael as he narrates his arrival in London in 1980, at the same age of 22. After a couple of years moving around the homes of various Soho eccentrics he ends up meeting and falling in love with Dave, and they spend some time happily living together. In 1984 they both get a positive diagnosis for a virus they're not even sure of the name of yet, and given a maximum of four years to live. It's a leap year and they get the news on February 29th, so they decide that if they're not going to be alive the next time that date comes round they'll make the most of the time until then. After Dave and many of their friends die, Michael goes on one last bender on February 28th 1988, having convinced himself he won't wake up the next morning. But he does, and is still alive in the 2010s when Jack takes his call. 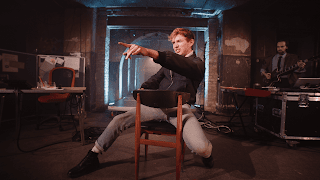 Cruise's format is familiar from many other monologues - giving Holden the chance to showcase his singing voice and his repertoire of accents and characters from lovable barmaid and Mancunian DJ to slightly ethereal, Polari-speaking old queen, in a story of frantic highs and lows that occasionally dips in and out of verse. This is by no means a bad thing, as Holden-as-writer has clearly studied the form he's working in and nailed it, not just providing Holden-as-actor with a showcase but the audience with a genuinely moving, funny and slightly hypnotic trip around a terrifying and thrilling time. 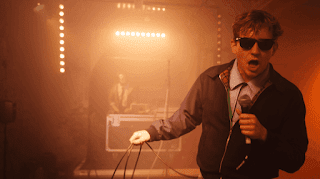 With the character of Michael a jobbing record producer who ends up getting in on the early days of House music, music is a large part of the play, and he's accompanied on stage by musician John Elliott (who also serves as sound designer alongside Max Pappenheim.) Director Bronagh Lagan has the cameras follow Holden around the maze-like basement of Shoreditch Town Hall, if anything seeming an even more dizzying space here - between the writing and performance, and the giddy production style, this really does touch on something of the excitement of being in the room with an actor going through a tour-de-force. I hope this translates for theatre audiences - the live experience will add something but I hope the energy isn't dampened by playing in a large, socially-distanced space. In the meantime I highly recommend catching this version while it's streaming; it has the feeling of real heart and a story that Holden genuinely wanted to tell rather than just something to up his profile, but regardless it fully deserves to do the latter as well.
Cruise by Jack Holden is streaming until the 25th of April on stream.theatre; and booking from the 18th of May to the 13th of June at the Duchess Theatre.
Running time: 1 hour 40 minutes straight through.
Photo credit: Jack Hextall.
Posted by nick730 at 21:28