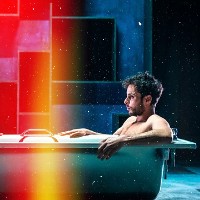 I'm one dose of vaccine down and restrictions are due to ease again, so all being well (something I'm still very much treating as an "if" rather than a "when," given last year's false starts,) I'm just over a month away from seeing theatre in person again. Until then, the BBC has provided another stage-to-screen season, Lights Up, this time highlighting new writing. I haven't looked at the full season in detail yet but I think it's a combination of completely new works and screen adaptations of recent stage shows - like the opener, Frances Poet's Adam, from the National Theatre of Scotland. Poet's play is based on the true story of Adam Kashmiry, an Egyptian trans man who sought asylum in Glasgow, and the real Adam plays himself in Cora Bissett and Louise Lockwood's production. In part narrated to a Mental Health Nurse (Stephen McCole) who's friendly but very limited in the practical help he can give, the focus is split between the life he needed to leave, and the red tape-filled contradictions of trying to prove his case for asylum.
In the latter, Adam is stuck in a Catch-22 of not being able to get prescribed testosterone until he gets his asylum granted, and not being able to get asylum granted until he proves he's serious about transitioning. Neshla Caplan provides a villain as the Home Office Representative who takes some pleasure in deadnaming him during interviews. 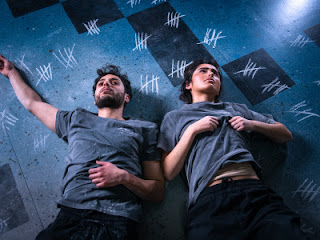 If her microaggressions are deliberate, flashbacks to a female-presenting Adam (Yasmin Al-Khudhairi) back in Egypt show how being forced to live a lie is a life full of small unitentional betrayals: Unaware that her daughter actually identifies as her son, Adam's mother's (Myriam Acharki) loving nickname "Princess" cuts every time. This is a pretty bleak story including sexual assault and self-harm with few lighter moments (Adam forcing down his mother's liver recipe because his father says it "puts hairs on your chest" is a rare comic touch) but at least the presence throughout of a stubbled, flat-chested and Scottish-accented Adam Kashmiry means we know there's some kind of happy ending in store. 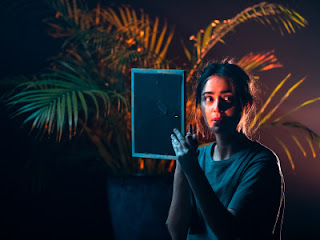 Poet's take on Adam's story is built to some degree around language: One thing that fascinates him about English is contronyms (words like "sanction" that can mean their own opposite,) a concept attractive to someone who's grown up finding his identity contradictory. In his native Arabic, he feels betrayed by the fact that it's a very gendered language, meaning his mother can't even say "I love you" without referring to him as female. It's a theme that adds a bit of nuance to what could have been a relentlessly bleak hour, and though he's had to put up with horrors along the way it's ultimately the story of a survivor.
Adam by Frances Poet is streaming on BBC iPlayer until February 2022 as part of the Lights Up season.
Running time: 1 hour.
Photo credit: Tommy Ga-Ken Wa.
Posted by nick730 at 18:43