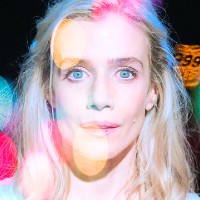 The second episode in the BBC's virtual theatre festival Lights Up appears to be a TV original - no co-producing theatre is credited and I can't find any reference to Trevor Nunn's production having been seen on stage before, although Lisa Dwan has played this role before - so it's ironic that it feels a particularly uncomfortable stage-to-screen transition. The role in question is Ismene, Antigone's timid sister from Sophocles' play, finally given a voice in Colm Tóibín's Pale Sister. An opening caption that hastily takes us through the basics of Antigone's story suggests this won't be ideal for those completely unfamiliar with the original, but Ismene does (after a lot of preamble) get to witnessing the war between her two brothers that leaves both dead but only one buried: Her uncle, King Creon, decrees that the body of Polyneices, who fought against him, should be left out for the vultures and jackals. Antigone defies him and the entire family crumbles under Creon's petty rage.
While I didn't take against Pale Sister as strongly as the last Colm Tóibín monologue I saw, finding some of its passages compelling in Dwan's reading, I did find it overloaded with meandering purple prose. I don't know how fresh a look at the story it was either: Ismene's insider insight is that Creon's bluster and violence are signs of weakness, not strength as he tries to make out; and while it gives her a final moment of triumph and independence, this comes too late in the story to have any effect on events, and Ismene isn't untimately revealed to be that different to the version seen in Sophocles. 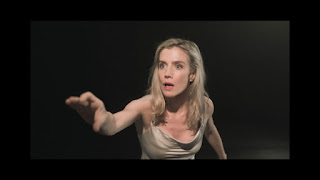 Dwan's performance is on the big side, the kind I might have found a bit much on stage but mostly been OK with, but which feels unfortunately arch on screen. I could have done with Nunn getting her to dial it down a bit for an intimate staging, or at least not made it even more intimate with quite so many close-ups of her face so covered in tears, snot and drool that she might be performing underwater. Occasional moments of power in both writing and performance, but Pale Sister too often struggled to hold my concentration, and as a mix of stage and screen techniques it's an unconvincing attempt.
Pale Sister by Colm Tóibín is streaming until March 2022 on BBC iPlayer as part of the Lights Up season.
Running time: 1 hour 15 minutes.
Photo credit: BBC / Angelica Films
Posted by nick730 at 20:51