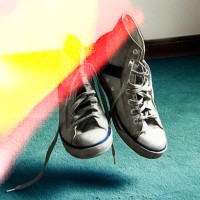 The Dorfman reopens with a Headlong co-production in which all the characters are dead. Arguably a questionable subject after the reason theatres were closed for so long in the first place, if it weren't for how charming and gently moving After Life proves to be. Designer Bunny Christie, director Jeremy Herrin and writer Jack Thorne are credited with co-creating the concept for a stage adaptation of a cult Japanese film from 1998, set entirely in a limbo that feels somewhere between a small office and a mid-range hotel (there is, unequivocally, no steam room.) Every Monday the Guides, led by Kevin McMonagle's phlegmatic line manager Five, meet a new group of the recently-deceased, or Guided. In private meetings they discuss happy, significant or otherwise precious memories from the life that just ended, and by the end of Wednesday the Guided need to have made an enormous, perhaps impossible decision.
By Saturday night they will need to cross over, and spend eternity in just one memory from their lifetime. Choose it well and they will find peace, or something like it. Choose badly and they're trapped forever with their choice. Fail to choose at all and the alternative may be bleaker still. 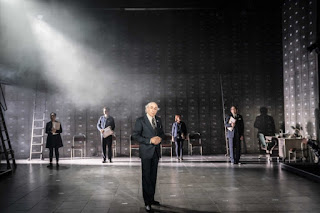 At first this appears to be an ensemble piece, following the charges of the various Guides, but it soon becomes apparent the story will focus on Two (Luke Thallon,) who despite appearances is by far the oldest, and has a reputation among his colleagues for an almost infallible instinct for leading people to the right memory. But this week he's off his game, snapping at his trainee Four (Millicent Wong) and seemingly convinced that he'll fail to find a suitable afterlife for any of his cases. The depressed Beatrice (June Watson) comes close to choosing a very dark memory, and he has a big falling-out with Four over their different plans for Jill (Maddie Holliday.) But the unassuming Hirokazu (Togo Igawa) turns out to be what's really throwing him off his game. 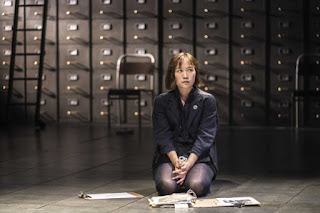 In a major failing of the usual safeguards, Two has been assigned Hirokazu despite the fact that they both knew and loved the same woman, at different times, while they were alive. His arrival has shifted something in the painstaking way Two has been doing his work for decades. The premise, from Hirokazu Kore-eda's film, is a huge one, and one that gave me mild anxiety even before going in, imagining having to make such a huge, irreversible decision. It contrasts strikingly with the banal, bureaucratic setting that eternity's been transposed into, and the guides who, though conscientiously and with varying degrees of enthusiasm, are in the end just doing a job. 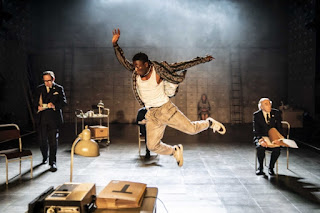 After Life is hardly full of unexpected twists - early on I guessed the fate of those who don't choose a memory, exactly where Two's story was going, and even the significance of the shoes in the show poster and opening tableau - but it's so gently and stylishly realised that it doesn't matter. It touches on the philosophical dilemmas the premise suggests, such as Five grappling with rapists or murderers wanting to spend eternity reliving one of their crimes, or deeply religious people unable to reconcile the afterlife with the one they were promised: One (Danielle Henry) has a client who seems like he may be unable to choose a memory because he expects and wants to be judged; although Obafemi (Olatunji Ayofe) turns out to have a sadder, more intimate reason for not wanting one memory of his life to define him. 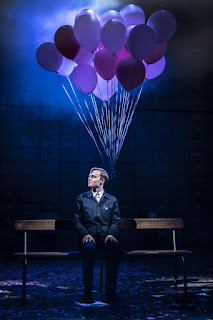 It's a great show but After Life is also a very apt one for the National to reopen with, since theatricality is woven into it: Once the memory has been chosen, the Guides have the rest of the week to recreate it for their clients, and from the tiny model of Christie's set to the stressed-out tech rehearsals the second half of the play has a distinctly meta feel to it - part of what helps its emotional content steer clear of sentimentality. Trademark Headlong distinctive visuals and energy add to a lyrical, melancholy text to take a premise with something slightly nightmarish about it and weave it into something full of hope.
After Life by Jack Thorne, based on the film by Hirokazu Kore-eda, is booking until the 7th of August at the National Theatre's Dorfman.
Running time: 1 hour 40 minutes straight through.
Photo credit: Johan Persson.
Posted by nick730 at 22:55