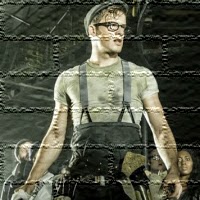 When I first saw Jamie Lloyd's production of off-Broadway musical Urinetown back in March, I thought Soutra Gilmour's too-large-for-the-St James set indicated that a West End transfer was planned; but I also thought it would always be a hard sell there. Both proved true: It's currently playing at the Apollo but has recently shaved a couple of weeks off its run to accommodate the incoming My Night With Reg transfer next year. You can read my original review of Urinetown here; I enjoyed it at the time but probably wouldn't have made a return visit if there hadn't been a very good discount deal at the Last Minute. It turned out to be worth the revisit though, partly thanks to some central recasting. And no, although Nathan Amzi is good as the new Officer Barrel, it's not him I mean.

On a purely shallow level, back at the St James I'd kind of wished I'd seen the understudy play Bobby Strong; when Richard Fleeshman didn't return for the transfer I got my wish, as Matthew Seadon-Young has taken over as the permanent male lead. 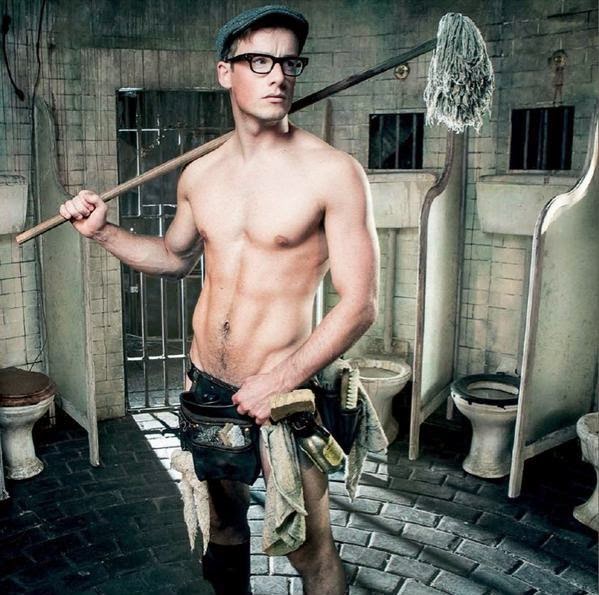 Like you can judge me. You knew what kind of blog this was.

And as well as a pretty face Seadon-Young turns out to have a very flexible one, going back and forwards between square-jawed hero and geeky cheeseball with ease. It may have been a contributing factor to something else I liked more this time: Where before I thought the show built up its over-the-top self-parody as it went on, now the hamminess is turned up to eleven from the start. It means the show doesn't seem as self-satisfied as before about Officer Lockstock's (Jonathan Slinger) meta-narration, and also gives Jenna Russell the chance to steal the show from her first appearance as Penny Pennywise (although not for much longer - this is her last week in the show.) As the show itself acknowledges, Urinetown is a terrible title that hasn't exactly had the crowds flocking to the Apollo despite the four-star reviews plastered outside. But while it's still there, it's worth catching a show that - perhaps partly due to knowing its days are numbered so it might as well go out having fun - has settled into its stride in entertainingly silly fashion.

Urinetown by Mark Hollmann and Greg Kotis is booking until the 10th of January at the Apollo Theatre, Shaftesbury Avenue.