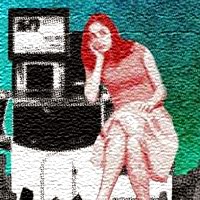 Sarah Simmonds is a young playwright having her first full play produced, but Unidentified Item in the Bagging Area deals with the problems of a woman twice her age. A visit to the gynaecologist reveals that 50-year-old Victoria (Jenny Ogilvie) has already gone through the menopause without realising it. She may have avoided the hot flushes, night terrors and hair loss some of her contemporaries have gone through, but the sudden realisation that she's biologically entered a latter stage of her life leads to a crisis that makes her reevaluate her position in life and as a mother. Most of all though it leads her to look at her marriage to Jeremy (John McAndrew,) who took early retirement but is, as she sees it, wasting his time pottering in the garden, having lost all interest in her sexually. With no communication with her husband any more, she tries to find someone who'll listen in supermarkets, a menopause support group, and even a phone sex line.

Simmonds was a 2011 finalist for the Bruntwood prize, and her writing shows promise, but it's still got a way to go, and Unidentified Item in the Bagging Area is, structurally, something of a mess. The play is strongest in its comic scenes, but they do rather feel like unconnected sketches at times. Simmonds' storytelling gives us vignettes of Victoria's life to show how she comes to feel at such a loss, and a cast of 8 - many underused - is quite large for an unknown writer on the fringe, and may explain why it's taken some time for the work to be staged. Joshua Miles is good, and I hope to see more of him in future, but I'm not convinced the play would be that different without his two very different supermarket workers. 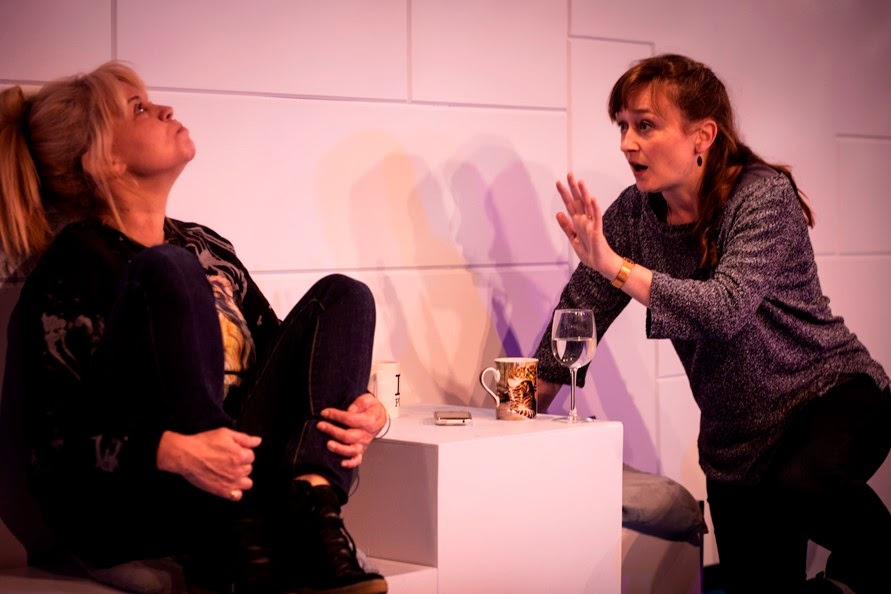 Speaking of seeing more of people, Andy Rush only has two scenes as Victoria's son Harry; but as one of these demonstrates how his mother hasn't quite figured out he's not her baby any more, he has a
FULL-FRONTAL MALE NUDITY ALERT!
as she doesn't realise he'd like some personal space while in the bath. 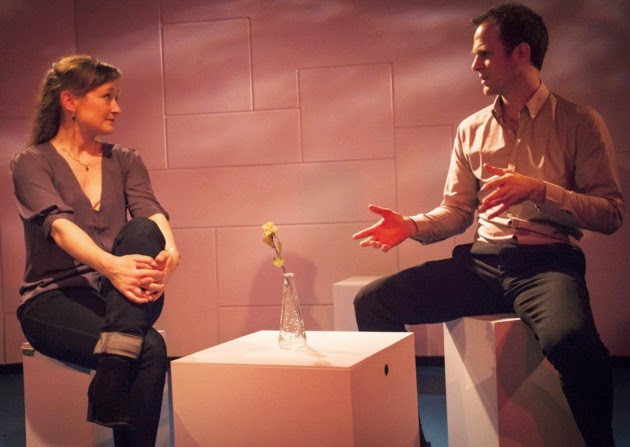 As I say the comedy works well enough, with Paddy Navin as menopausal sex-line worker Meg providing good value, but the dramatic moments in Louise Shephard's production fall flat. As it went on I unfortunately felt increasingly convinced this was down to the leading lady, Ogilvie taking Victoria's deflated feelings to the point of being flat and unengaging. There's also an increasing plausibility problem in the play, especially when it comes to the unprofessional behaviour of the gynaecologist (Edward Wolstenholme.) So there's moments when the play comes to life, but it ultimately fails to make us care about its central character.

Unidentified Item in the Bagging Area by Sarah Simmonds is booking until the 8th of November at the Old Red Lion Theatre.