Theatre review: Behind the Beautiful Forevers 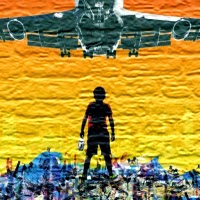 Behind the Beautiful Forevers is Rufus Norris' final directing job at the National before he takes over as its artistic director, and I wouldn't be surprised if it's typical of what's to come from a director who's always had a very global perspective. The part of the world we're taken to by David Hare's play, based on the non-fiction book by Katherine Boo, is the Annawadi slum outside Mumbai, near its ever-expanding airport. On the other side are a number of luxury hotels, their guests shielded from the poverty by advertising billboards offering, among other things, "a beautiful forever." While India's economy booms, the residents of Annawadi are at the bottom of the food chain: The neighbourhood's chief industry is collecting and sorting litter, so it can be sold on for recycling. And even in this business rivalries cause a lot of animosity, as the Husain family's fast turnaround is leaving less work for others.

Led by Zehrunisa (Meera Syal,) the Husains are a Muslim family, which makes their neighbours even more resentful of their comparative wealth. When the one-legged prostitute next door, Fatima (Thusitha Jayasundera) hatches a suicidal plot to bring them down, they discover their world is built on even more corruption than they realised. 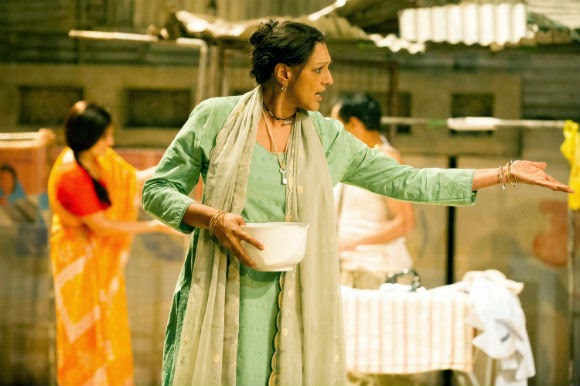 Although Hare's play follows a central storyline of the Husains, and in particular Abdul (Shane Zaza,) the "dullest" son whose nimble fingers are the source of his family's success, Behind the Beautiful Forevers is much more of a panoramic view of the slum that takes in a number of different characters. The women in particular get to take centre stage; from Asha (Stephanie Street,) the self-appointed local "fixer" who'll manipulate officials in return for bribes, to the powerless Meena (Anneika Rose,) whose family denies her an education and who has to make do with second-hand lessons from Asha's daughter Manju (Anjana Vasan) in the toilets at night. 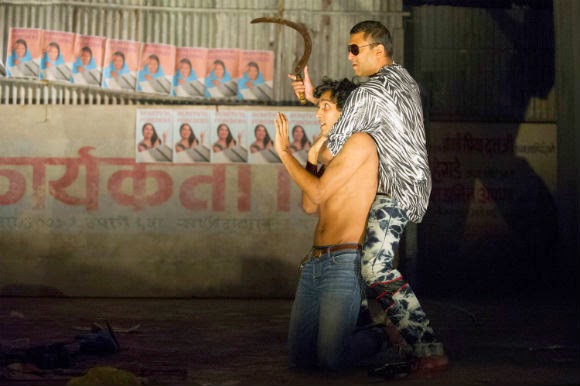 Some stories get more of a chance to breathe than others; the brutal murder of a thief (Assad Zaman) early in the play casts a shadow over a young boy's move towards a similar life of crime, but we see Sunil (Hiran Abeysekera) too sporadically for his story to really register. 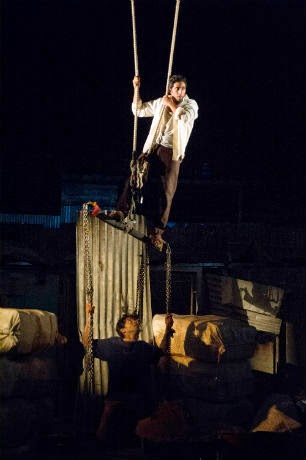 Behind the Beautiful Forevers is far from a cheery piece but it's certainly powerful. And though it contributes to this darkness, the fact that it avoids the cliché of a poor community rallying together in blitz spirit is interesting: Instead the families are constantly out to get one another, the neighbourhood's economy not just running on rubbish but on where the next bribe's coming from - Zehrunisa's inability to see the game everyone's playing and join in is her downfall. But the play isn't without hope, and there's moments of dark humour to balance it out along the way. Katrina Lindsay throws a chaotic mix of rubbish and corrugated iron onto the Olivier stage to create the dirt and bustle of the slum, and a memorable projection design by Jack Henry James helps remind us we're always under the shadow of the encroaching airport. Impressive and thought-provoking.

Behind the Beautiful Forevers by David Hare, based on the book by Katherine Boo, is booking in repertory until the 13th of April at the National Theatre's Olivier.