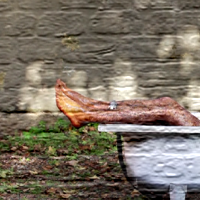 Topless men covered in treacle may not be the first thing that comes to mind about Greek tragedy, but then Sophocles' Philoctetes does take its storyline from one of the odder subplots of the Trojan War myth: One of the Greek generals headed to Troy, Philoctetes was bitten on the foot by a snake, a wound which became badly infected. So badly, in fact, that the smell got too much for the others on the ship, and en route Odysseus dumped him on a deserted island. But, nine years on, a prophecy reveals that Troy will only fall to Hercules' magic bow, which now belongs to Philoctetes. The bow needs to be wielded by Neoptolemus, son of the late Achilles, so Odysseus decides to kill two birds with one stone: Neoptolemus will be brought to Troy, and on the way will stop off to get Hercules' bow - one way or another. 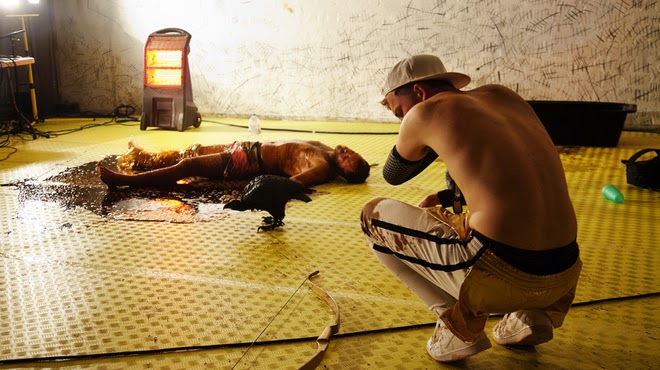 James, who also directs, has stripped down the visuals as well, with the manipulative Odysseus also controlling the lighting and sound effects. The most memorable element of Alex Lowde's design though is of course the treacle, an ever-spreading puddle representing the blood and pus from the infected foot. It's a clever choice as it also provides a strong, cloyingly sweet smell to fill the room, but fortunately not one quite as unpleasant as the one it represents. 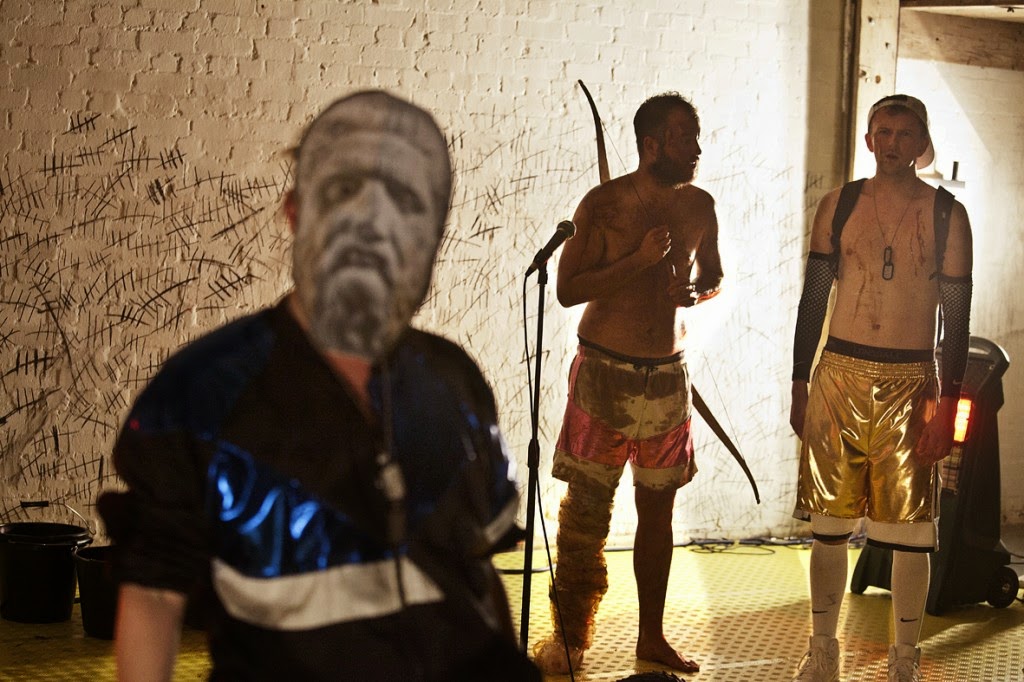 And it's a good example of the kind of messy, irreverent approach James has on the story, including a handy twist on the original's unsatisfying deus ex machina ending. The cast throw themselves into the conceit, literally in the case of Millar and Miles, the former coated almost head to toe from the start, the latter becoming dirtier as Neoptolemus gets further into the plot to trick Philoctetes, that goes against every instinct he has of nobility and fair play. 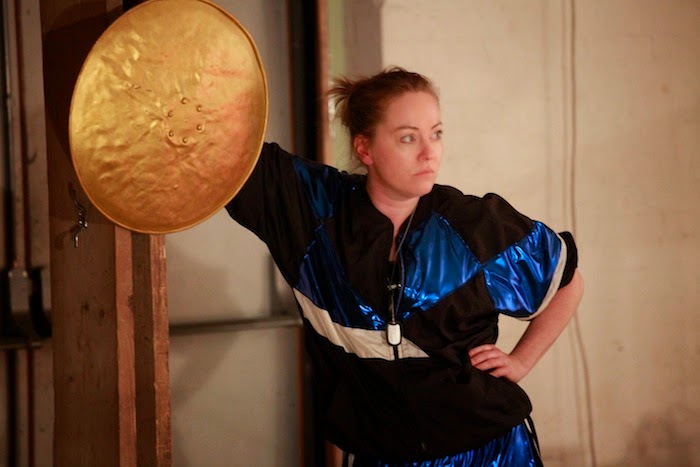 Keeping her hands clean while others do her dirty work is Odysseus, at her most manipulative in this play. Though an oddity, it's a story that rather cunningly punctures the easy lies about nobility in war. Stink Foot embraces the potential for comedy in the premise, even finding unlikely laughs in Philoctetes' mourning for 9 years' worth of deaths he's only just hearing about now. It's a canny approach for a short, entertaining evening that most definitely has a personality of its own, but keeps something true to the original at heart as well.

Stink Foot by Jeff James, based on RC Jebb's translation of Philoctetes by Sophocles, is booking until the 13th of December at the Yard Theatre.