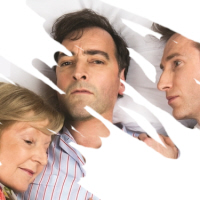 Peter Quilter's 4000 Days opens with Michael (Alistair McGowan) in a coma, following a blood clot on the brain. He spends three weeks unconscious, but when he wakes up he's lost more time than that: The action takes place in the present day but he thinks it's 2005, having forgotten the last 11 years. The most obvious loss is his entire relationship with his boyfriend - he only met Paul (Daniel Weyman) ten years ago, so when Michael wakes up he's a stranger. Following the doctors' advice, Paul tries to help his partner slowly get to grips with the missing decade, but Michael's mother Carol (Maggie Ollerenshaw) sees this as an opportunity to wipe the slate clean and start again: She never liked Paul, whose relationship with her son was always rocky, and she intends to take full advantage of the fact that he's been erased from his memory. The two end up in a tug-of-war over Michael's affections and memories.

It's an interesting premise although in the first half especially Quilter fails to completely capitalise on it, largely because it's hard to really get invested in the characters. 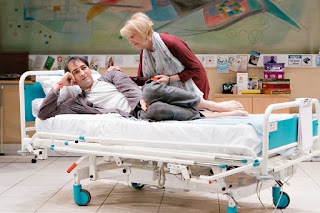 I found myself on Paul's side not because he was sympathetic or necessarily in the right, but because Carol is painted in pretty black-and-white terms as a selfish, shrill, possessive harridan. It undermines the fact that a lot of her issues with the relationship are well-founded, and it does indeed seem that Paul can be a stifling influence on Michael. Meanwhile McGowan's portrayal of Michael as a gently catty queen doesn't show us a great deal of what Paul fell for in the first place, and we have to take the other two's word that he's worth fighting for. 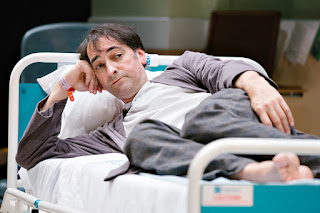 The opening act is a fairly one-note soap opera in its continuing face-off between partner and mother, and I was left hoping for a significant tonal shift after the interval. We do in fact get this, with the play actually going for a slightly mellower note as Michael's recovery speeds up, and the increasingly likeable Paul facing up to the ways he imposed his personality on Michael in the past. So after a dull first act 4000 Days proves not to be a total loss, Matt Aston's production making its message about holding onto the good memories rather than the bad ones seem sweet rather than twee. 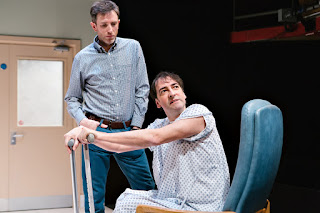 But there's still a lot that's unsatisfying about the play, not least of all its implausible treatment of Michael's illness - his reaction to losing a decade of his life is pretty flippant and, once he starts to recover, it all seems to come very easily. The attempt to bring in the wider world, with Michael catching up on the news he's missed, also never really comes off. (Tellingly, nothing in the fictional dilemma seemed to engage the audience as much as the Alan Rickman tribute on the silent TV during the interval's catch-up on all the missing news.) But Weyman gives a quietly confident performance that helps the play come off better overall than it otherwise might have.

4000 Days by Peter Quilter is booking until the 13th of February at Park Theatre 200.