Theatre review: Into the Woods 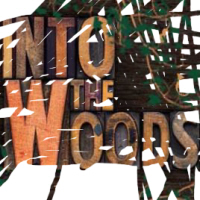 The Menier Chocolate Factory's mission is usually to colonise as much of the West End and Broadway with its own shows as possible, so importing a show from the US is an unusual move for them, especially when it's an actor-musician production, a style that's been popular with, and successful for, various homegrown companies in recent years. Directors Noah Brody and Ben Steinfeld (who both also appear in the cast) have chosen one of Stephen Sondheim's most popular works though, and one with a high profile after being made into a recent film. Into The Woods throws together Cinderella (Claire Karpen) and her Prince (Brody,) Rapunzel (Emily Young) and her Prince (Andy Grotelueschen,) the beanstalk-climbing, giant-killing Jack (Patrick Mulryan) and a bloodthirsty Little Red Riding Hood (Young,) all their stories taking place as a result of a Baker (Steinfeld) and his Wife (Jessie Austrian) desperately wanting a child, and needing to lift the curse that's keeping them childless.

To remove the curse the Witch (an excellent and very striking Vanessa Reseland) requires four items, one from each of the other fairytales. 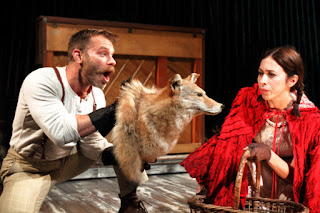 Everyone gets their Happy Ever After, but Into the Woods' famous twist is that this comes just before the interval, and the story carries on to see the trouble that comes next: The Baker adjusting with difficulty to fatherhood, both princes' eyes straying to other damsels in distress and, most pressingly, the widow of the giant Jack killed trampling half the kingdom to death in revenge. They could probably band together and defeat her, if they weren't too busy blaming each other for the mess they're in. 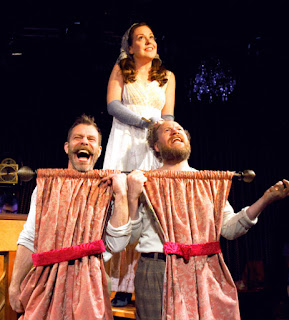 This is the third production of Into The Woods I've seen and it's probably fair to say I'm never going to love it as much as some people do; the characters Sondheim and James Lapine have come up with are great twists on the familiar fairytale figures but I don't have a great ear for music so much of the complexity of Sondheim's composition is lost on me. So although I always start out enjoying the frantic nature of the story - made more so here by the large amount of doubling in a show that usually has quite a luxuriously large cast - the repetition of musical themes starts to grate on me sooner or later. 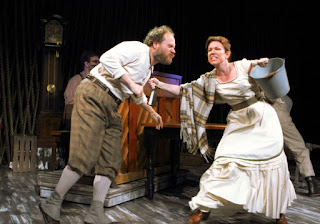 Still, given my reservations about the show this is a very strong production of it and a likeable cast - I particularly liked Karpen (she reminded me of Julie Atherton,) and Austrian (in among the requests to turn mobile phones off was an announcement to deploy an extra bit of suspension of disbelief as the childless Baker's Wife was visibly pregnant.) Grotelueschen's po-faced turn as the cow Milky White was an audience favourite, and there's a witty use of props that adds to the show's thrown-together aesthetic. It's clearly never going to be one of my favourite musicals but this is a strong, grungy take on the fairytale.

Into The Woods by Stephen Sondheim and James Lapine is booking until the 17th of September at the Menier Chocolate Factory.