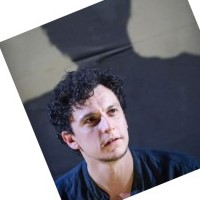 Tennessee Williams' early masterpiece The Glass Menagerie has suddenly proved popular for fresh interpretation; the production in Southampton was a bit too far for me, but Headlong's tour includes a stop at Richmond, which is certainly doable, especially when it's an adventurous company taking on one of my favourite playwrights. Ellen McDougall's production is very much stripped down - not in the way that its star Greta Scacchi used to be best known for but in a way that, like so much else in the last 18 months, wears an Ivo van Hove influence on its sleeve. Fly Davis' set is a black box, bare except for a staircase, a couple of lamps and a single snowglobe representing the collection of glass animals that gives the play its title. But this isn't too far a departure from what's intended, as the prologue informs us this is a memory play where everything is a bit hidden in shadow and fuzzy around the edges, its narrator - an obvious stand-in for Williams in this autobiographical work - an unreliable one.

Tom (Tom Mothersdale) remembers the 1930s when he lived with his mother Amanda (Scacchi) and disabled sister Laura (Erin Doherty.) His father having absconded long ago, Tom's job in a shoe warehouse is their main source of income. 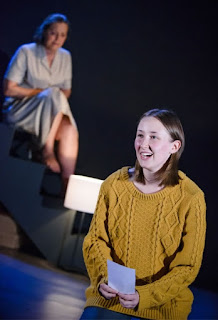 A one-time Southern belle who claims to have had armies of "gentlemen callers" on her doorstep, Amanda can imagine no other way for her daughter to make her way in life. But Laura is crippled by shyness much more than by her limp (here represented by a block taped to her right foot, which she drags around the stage,) and the chance of her flirting with a man is as likely as her succeeding in her typing course (she flunked out in a panic attack after a week.) So when Tom brings co-worker Jim (Eric Kofi Abrefa,) who just so happens to have been Laura's big high school crush, back for dinner, the family's dysfunction comes to a head. 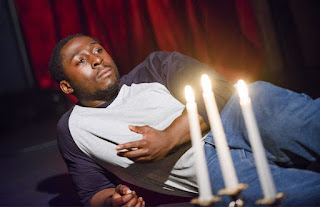 Things start promisingly; having gone all-out evil in last year's Cherry Orchard, Mothersdale is back to being a likeable presence, although his Tom is a particularly ineffective character here, partly because of how strongly the production focuses on the fact that these are his memories - he tends to indulgently look on from the sidelines, joining the rest of the cast in the story only when strictly necessary. The production shies strangely away from exploring whether his nightly trips to the movies are all they seem or if he's meeting men there, but there is an interesting question mark over whether Amanda's stories of her youth are quite true. Scacchi has a nicely understated sense of the grotesque to her character in the first act, but with the arrival of the Gentleman Caller in the second this abruptly gets ramped up to a wild-eyed, panicked insanity that hasn't been organically built up. 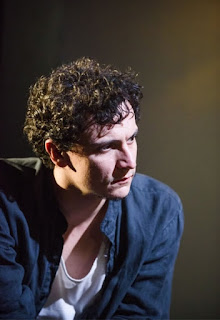 The production falters after the interval in other ways too: Despite the arrival of the fourth character it feels as if the pared-back aesthetic has said all it has to say about the play. I suppose the risk with A View From The Bridge having been so instantly influential is that its success didn't just rely on taking things away but on finding something new underneath - in van Hove's case taking away the period detail revealed the universal Greek tragedy at the core of Miller's play, while when Secret Theatre - a company McDougall worked with - stripped even the accents from Streetcar it showed Williams' language in a new light. Although still an interesting evening - The Glass Menagerie is, despite its apparent fragility, pretty sturdy - stripping an already nebulous play down even further has lost the heartbreak of its ending, and I'm not convinced it's discovered something new in its place.

The Glass Menagerie by Tennessee Williams is booking until the 7th of November at Richmond Theatre, then continuing on tour to Warwick.