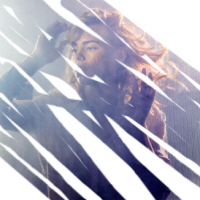 Yerma isn't actually yer ma, she's not anybody's ma, that's the problem: Writer/director Simon Stone does a loose - very loose - adaptation of Federico García Lorca's play about a woman with a malfunctioning uterus. Relocated to present-day London, Billie Piper plays a journalist identified only as "Her," who's never had any particular wish for children until she and husband John (Brendan Cowell) buy their own house. On the night they move in they decide to try for a child after all, and ceremonially destroy her birth control pills, but as years go by and her sister Mary (Charlotte Randle) seems to have baby after baby despite no apparent wish to, Her remains childless through endless rounds of IVF. In Lorca's original, it's the whole of society judging Yerma for failing to produce a child, but in a 2016 context it becomes her own personal obsession that starts to drive her mad.

Lizzie Clachan's set design is slightly reminiscent of A View From The Bridge in this same theatre, although this time it's a traverse, and instead of the curtain rising for the performance, a glass barrier remains between the actors and the audience throughout the play. 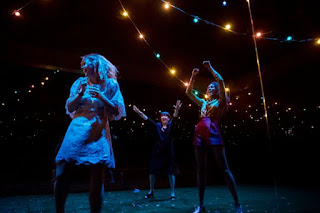 It has the distancing effect of feeling as if we're looking at an aquarium exhibit, especially since the glass also means the actors have to be mic'd, giving a tinny, echoing sound. The set manages some pretty impressive changes of location, although sometimes these require a lengthy blackout while the stage shudders as if a truck is driving through the Young Vic. In common with another Young Vic show, A Doll's House, Stone's Yerma also features a real baby on stage at one point, and it's interesting how much less audience reaction there was here than in that or the Bush's Right Now - it might be another effect of the distancing glass that makes this coup de théâtre not register in the same way. 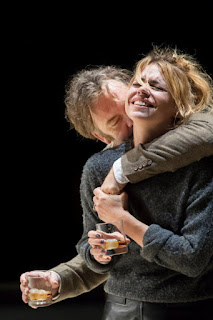 Mostly though this set serves as a prism through which to view Piper's intense and increasingly unhinged performance as Her; thanks to Cowell's well-meaning but sometimes distant husband, Randle's hassled Mary, Maureen Beattie as Her's blunt mother, and Thalissa Teixeira as Her's assistant, there's a surprising amount of humour for a Yerma as well. But it all comes down to a powerful and seemingly exhausting performance from the lead.

Yerma by Simon Stone after Federico García Lorca is booking until the 24th of September at the Young Vic.