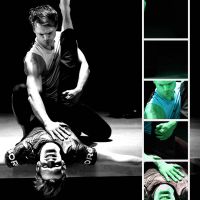 While the National's production of Angels in America has been sent back home to New York, London now gets in return a play that draws inevitable comparisons to it: Matthew Lopez is in effect following the next generation of New York gay men, in an epic play that also pushes at the seven-hour mark and is split into two parts. But The Inheritance has an unexpected way of avoiding the comparison with Tony Kushner's plays, as it also has a close connection to another famous work, being a surprisingly faithful adaptation of E.M. Forster's Howards End. Forster himself appears in the play, the story's framing device seeing his ghost (Paul Hilton) lead a creative writing class of young gay men looking for a way to tell their own stories, and settling on his novel as the framework. Eric Glass (Kyle Soller) is a gay man in his mid-thirties who befriends the older Walter (Hilton,) long-term partner to a billionaire property developer.

Eric is from a generation that didn't have to bear the full brunt of the AIDS epidemic, and in among lighter topics of conversation he also tries to understand from Walter what it was like to live through it - his extended social circle of gay friends being the catalyst for understanding it, as Walter had a similar group he friends he lost one by one. 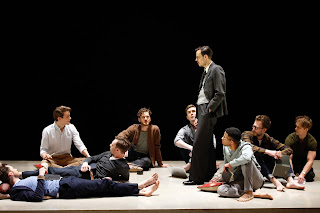 When Walter dies of a cancer he's been keeping secret, he requests that his much-loved Upstate New York house be left to Eric; despite having no love for the place himself, his widower Henry Wilcox (John Benjamin Hickey) ignores this last wish, but ends up spending more time with the younger man himself. Both on the rebound, they end up in an unlikely marriage that quickly faces tensions both from their own political differences, and from Eric's ex-boyfriend. 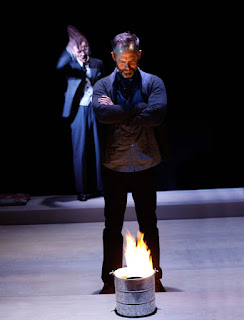 This main story strand follows Forster closely (although I don't remember a scene where Miss Schlegel takes it up the arse,) but the subplot merges various characters from the novel into the story of Eric's ex Toby (Andrew Burnap,) a spoilt writer enjoying his first playwrighting success and obsessed with his lead actor Adam (Samuel H. Levine,) who gets his attention through the time-honoured medium of a
FULL-FRONTAL MALE NUDITY ALERT!
When it becomes obvious he can't have Adam, Toby finds a rent boy who looks remarkably like him, and his influence takes the already-troubled Leo (Levine sometimes playing both characters in the same scene) into even more self-destructive areas. 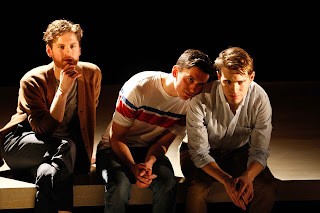 What justifies the plays' length is the fact that Lopez really is putting an entire novel on stage, and though the choice of Howards End seems an unlikely one he soon makes the necessary connections: The Inheritance is inevitably a title with multiple meanings, most literally the house that Eric is meant to inherit but is kept from him, but also the idea of a history that gay men need to pass down to each other through the generations. This is where Forster comes in, the characters both celebrating him as part of this and also accusing him of betraying it, because he kept his one overtly gay novel Maurice from being published until after his death, denying generations the chance to feel understood. 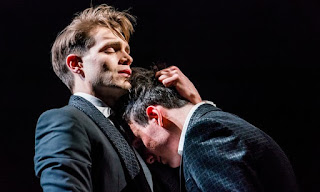 The darker inheritance is the chain of infection that spreads HIV, and here the connection to the book becomes ingenious, taking a house Mr and Mrs Wilcox simply don't have the same emotional connection to in the original, and giving it a history and a concrete reason for this: In the '80s, Walter (played in flashback by Luke Thallon) used the house to care for the many friends who were dying of AIDS, and while this makes it for him a place of hope and healing, for Henry (Hubert Burton) it makes it a place of death, and even a catalyst for how far to the right wing he's swung by the time we meet him in the present day. For Eric, the house's past makes it a link to the gay history he's been trying to connect to, explaining why he's its obvious inheritor. 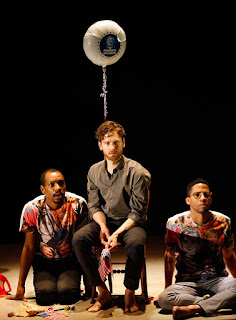 Stephen Daldry's production is very trusting of Lopez' storytelling style of theatre, avoiding flashy visuals and instead going with the ensemble spending most of the play onstage, surrounding a Bob Crowley set that looks a lot like a huge version of a Japanese restaurant table and chipping in with narration - as Hilton's Forster increasingly takes himself out of the creation of the story, it's left to the characters themselves to decide their fates. One device Lopez has carried over from the book is the idea of what characters really want to say, followed by "but what he actually said was..." This is something else that takes on a new meaning: As well as the original reference to what people aren't brave enough to say out loud, the way the play becomes a treatise on its own storytelling means it begins to be about naturalism. In most drama, the explosive first choice of words is what we'd get, leading to confrontation and an exciting scene. In real life, what we usually get is the second version, pushing emotions down and letting them fester and become more complicated. 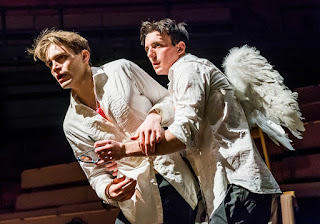 As well as the depth and complexity of the narrative, what keeps the audience going through the seven hours is the regular injection of humour - Burnap's comic timing in his catty lines is a major factor in stopping Toby from just being one-dimensionally dislikeable. Burton's appearance as Tucker, a twinky hipster "faux-artist" one of Eric's friends has picked up, is a memorably odd highlight while, with the exception of a reference to cast member Vanessa Redgrave's appearance in the film of Howards End which is just too arch, the play's self-effacing digs at its own length and pretensions are lightly handled and well-judged. 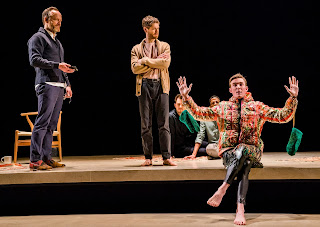 Each of the two parts would constitute a major time commitment from the audience on its own, and I would argue The Inheritance has the edge on Angels in America in not feeling as long as it actually is. Part 1 in particular flies by surprisingly quickly, as does the sixth and final act, although for me acts 4 and 5 were a bit more of a struggle sometimes as the story strands start to click together, along with the commentary on Trump's America becoming more overt, sometimes at the expense of the drama. 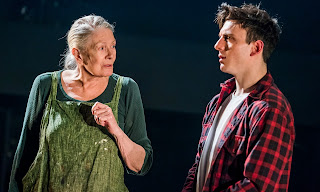 In the middle of the ongoing discussion of representation on stage it's hard not to notice that, except for Redgrave's late cameo, this is an all-male cast, but given the whole premise is how successfully Howards End can be recast as an all-gay male story it's hard to take it to task over that. Despite not being entirely white though there's still something homogenous to most of the cast; I can't complain about a cast this good-looking but it did become a running joke at every interval that we were that little bit closer to being able to tell them apart. At least most of the British contingent are actors I was familiar with already, but it took a while to be able to spot who was which character since there's a number of US imports. (I'm not counting Kyle Soller among them given how long he's been working over here - he's even married into the Fox theatrical dynasty, making him the Meghan Markle of acting royalty as well as, ultimately, the production's MVP in the acting stakes.) 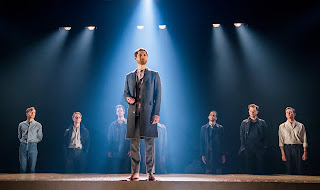 In the end The Inheritance is, as evidenced by the length of this review, hard to summarise. It's unlikely that a play this long and ambitious would be flawless and there's moments when the time investment required does start to be felt, but the overall impression is of one hell of an achievement, and an experience well worth putting a day aside for.

The Inheritance by Matthew Lopez is booking until the 19th of May at the Young Vic.