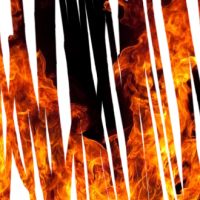 The title of William Boyd's The Argument does relate to one argument in particular - the one in the opening scene, which has repercussions for the rest of the play - but every scene sees a different pairing of characters lock horns. Pip (Oliver Dimsdale) and Meredith (Marianne Oldham) are disagreeing about a crappy movie they've just watched, when the topic suddenly gets darker, leading to Pip admitting that, after only three years of marriage, he's had an affair with a colleague. He moves out of the house, leading their friends to try and get them to reconcile, while Meredith's parents Chloe (Diana Hardcastle) and Frank (Michael Simkins) can't agree on whether they want their daughter to get back with her husband, or move on. A lot of alcohol seems to be fueling both the characters' aggression, and their bad decisions, a fact which Anna Ledwich's production highlights by leaving their empty wine glasses and beer bottles to litter the stage as the play goes on.

Janet Bird's in-the-round set design looks interesting enough, but it does make it awkward for the audience to get in and out of their seats, the front row jammed up against raised banks that you're not allowed to step on. 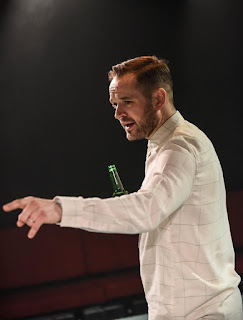 And this isn't the only irritant, in fact very early on I knew I was going to have a problem with a play none of whose lines sound like anything a real person would say after careful consideration, let along in the heat of the moment. Boyd's first foray into theatre was a Chekhov adaptation, and at best his dialogue here sounds like a very old-fashioned Chekhov translation, at odds with the modern setting. 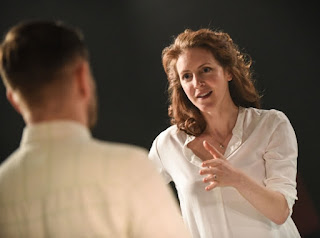 Add to that a collection of privileged, self-satisfied characters with no redeeming qualities, and I struggled to see why I should care about the central couple's relationship woes at all. I also couldn't tell if Chloe was inconsistently written, or if she was meant to be a shit-stirring contrarian who variously claims to like or hate Pip, depending on who she's speaking to. As for Ryan Early and Rebecca Humphries as the couple's best friends, they're stuck with characters who have no bearing whatsoever on anything that happens; I can only assume their scenes are there because without them the play would last 45 minutes. As it stands the fact that The Argument is short is pretty much all it's got going for it.

The Argument by William Boyd is booking until the 2nd of April at Hampstead Theatre Downstairs.