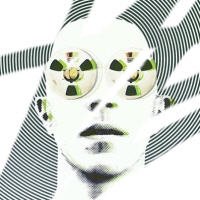 Written and performed by Felix Trench, Radioman is a sort of pastoral idyll that turns into a dark fantasy - along the lines of a Roald Dahl short story where no good deed goes unpunished. The narrator, Walker, tells of walking along a canal on a summer Sunday when he comes across The Gadfly, a seemingly abandoned narrowboat, dirty and overgrown but with a speaker through which the faint sounds of music and a voice occasionally come out. Curious, Walker lets himself into the narrowboat where he finds a disheveled old man with a huge supply of music, acting as DJ for a radio station only he can hear, and keeping the music running constantly. Concerned, he returns every week with food, but as the Radioman seems to get stronger, the Gadfly proves harder to get away from than he first thought.

Tom Crowley's production features a pretty elaborate set (by Anna Driftmier) for the small stage of the Old Red Lion, but in a story about keeping the music going the sound is even more centre stage - the Operator (the show's composers David Knight and Odin Orn Hilmarsson alternate the role) with a mixing deck sits with the audience to create an eerie soundscape. 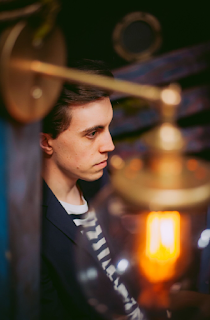 Radioman has apparently existed in some for or other for five years, and this amount of development sometimes shows - a few lurches into rather florid prose seem to stand out even more in Trench's cut-glass RP accent, while his performance as the Radioman himself goes full Elephant Man; both tend to take you out of the story. 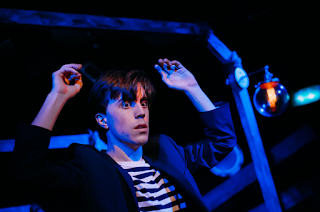 It improves as it goes on and particularly as it gets odder, the Gadfly going from rustic oddity to supernatural prison before the story takes another turn to the apocalyptic. Radioman as a show has something a bit too mannered about it to really grip from the start, but there's certainly something haunting to it once it lets go and embraces its dreamlike nature. And after a week of shows with hefty running times, there's something refreshing about a story that travels across the universe in under an hour.

Radioman by Felix Trench is booking until the 30th of April at the Old Red Lion Theatre.