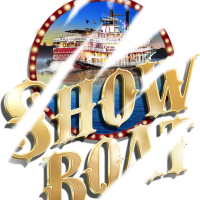 Before Rodgers and Hammerstein were a thing there was Kern and Hammerstein, Oscar Hammerstein II writing book and lyrics for a number of shows with music by Jerome Kern, although of these only Show Boat is particularly remembered and revived - and indeed credited with creating the 20th century American musical. Daniel Evans' production from Sheffield has been quite rightly praised as it moves to London, although however stellar the production and performances are they can only go so far in papering over the many problematic elements. Starting in the 1880s and spanning approximately 40 years, Show Boat follows Magnolia "Nola" Hawks (Gina Beck) from her time as a teenager on the steamboat run by her father Cap'n Andy (Malcolm Sinclair,) which goes up and down the Mississippi every summer, stopping off at small towns and playing from their repertoire of melodrama. Nola's mother Parthy (Lucy Briers) would never hear of her daughter taking to the stage herself, but when their leading lady is chased out of town for being secretly mixed-race, she gets her chance.

She teams up on stage with a new leading man who happened to be passing by, Gaylord *fnar* Ravenal (Chris Peluso,) and marries him three weeks later despite the fact that he turns out to have killed someone and not thought to mention it (or possibly because of it - Hammerstein generally seems to have thought "murderer" was a pretty attractive quality in a leading man.) 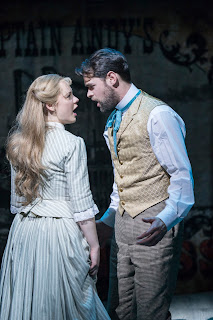 There's no denying this is a show with a few very strong songs, most famously "Ol' Man River," which Emmanuel Kojo delivers powerfully throughout the show. Catchiest is "Can't Help Lovin' Dat Man," which was the one stuck in my head for the rest of the evening, although it does set up a theme of "there is literally nothing a man can do that'll stop a woman from loving him, this will be important later." Actually most moving for me was Rebecca Trehearn's performance of "Bill," the only moment when I felt emotionally invested in the show. 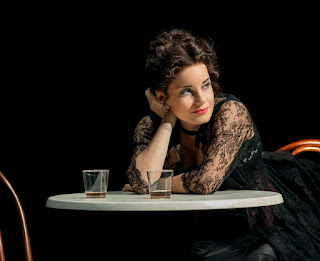 The trouble here is the same as it always seems to be with shows of this era: It's very difficult to ignore the attitudes towards race and women that are so casually integrated into the plot. By Hammerstein standards, Show Boat is only about medium-racist, in that the attitude towards racism is along the lines of "it's a bad thing, I guess," rather than "it's a wacky foible for a leading lady," like in South Pacific. Evans' production highlights its theme of segregation by separating the races at the start and showing the black cast working while the white cast have fun on Showboaty McShowboatface; but the fact remains Queenie (Sandra Marvin,) is a stereotype of a jolly black cook happy to sweat in the kitchen for everyone else, Nola's story revolves around her appropriating a song from black culture, and the mixed-race Julie twice gives up her career so Nola can kickstart hers (and we don't even find out what happens to her, although "dead in a ditch" seems the likeliest outcome.) 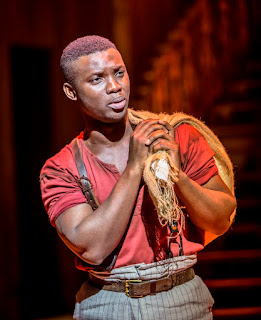 And while we don't get Carousel levels of wife-beating, Gaylord *fnar* still gambles his wife and daughter's money away before deserting them for 23 years and getting instantly forgiven when he's (unwillingly) reunited with them. Throw in the kind of plotting where Cap'n Andy also casually confesses to murder in the middle of an unrelated sentence and nobody ever mentions it again, and however many positives there are to the production - I liked how Lez Brotherston's design of the titular boat goes from colourful stage to rickety metal skeleton depending on the lighting - I found that from a 2016 perspective, to really sit back and enjoy this involves an amount of mental switching off that I couldn't quite manage.

Show Boat by Jerome Kern and Oscar Hammerstein II is booking until the 7th of January at the New London Theatre.