This publicity image has nothing whatsoever to do with the show but who am I to discourage innovative advertising drives? 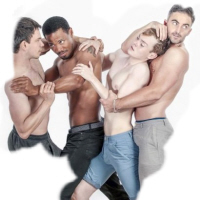 As well as his famous and much-revived melodramatic Southern sagas, there's a whole other Tennessee Williams canon of more experimental work, and coupled with Jack Silver's less than traditional staging I think if you went into Confessional not knowing who wrote it, you'd be unlikely to guess correctly. A collection of character studies rather than a narrative as such, it takes place in - as Williams wrote it - a California bar late at night, Monk (Raymond Bethley) pouring drinks for the regulars, most of whom were drunk before they even got there. It may be an atypical piece but it still revolves around a powerful female character, Leona (Lizzie Stanton,) a trailer park-dwelling beautician who's commemorating the anniversary of her brother's death. Drunk, but less so than anyone else there, she's having a moment of clarity and has decided to pack up her trailer and move on to somewhere new.

She starts by kicking out the greasy wannabe gigolo (Gavin Brocker) who's been mooching off her for months, but also has a combination of harsh home truths and genuinely caring advice to dispense to everyone else in the bar. 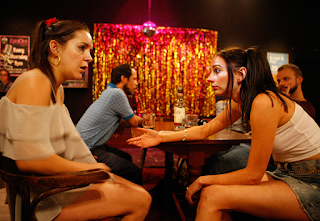 Silver's high concept is not only to relocate the action to a pub somewhere on the South Coast of England, but to make it "semi-immersive," Justin Williams' set turning the whole of Southwark Playhouse's Little space into a grotty pub - with working bar, if the state of the characters hasn't put you off - and the audience sat all around and at tables around which the actors perform. The only downside of this is that the audience - the show was pretty full even on a Monday night - make the place look far busier than it would ever be, but otherwise it's a surprisingly good match to the play's episodic nature. 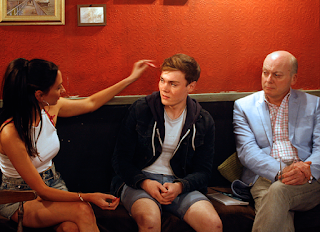 There's a couple of points where a plot of sorts takes place: The subtext appears pretty clearly in many of his plays but apparently Confessional was the first time Williams explicitly put gay characters on stage, the author-substitute figure of a Hollywood script doctor (Timothy Harker) turning up with the barely-legal trade he's just picked up (Jack Archer,) and who's disappointed him by actually being gay - the older man prefers the challenge of getting drunk young straight men into bed. There's also the understated tragedy of an alcoholic doctor (Abi McLoughlin) called out to deliver a baby with predictably disastrous results. 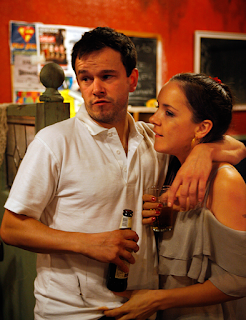 Stanton is unquestionably the star but it's uniformly strongly performed by a cast also including Rob "first death in Game of Thrones" Ostlere, who aren't afraid to make themselves pretty grim. Despite being a fairly short play, as the pub's electricity fails and the lights flicker there's a real feeling that we're going into the wee small hours of the morning here, and though there's little in the way of light relief it's a pretty compelling evening that doesn't get mired in its characters' misery.

Confessional by Tennessee Williams is booking until the 29th of October at Southwark Playhouse's Little Theatre.