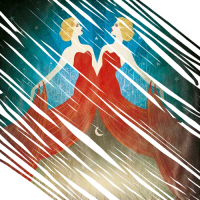 A 1997 musical with the dubious reputation of having been produced on Broadway twice and tanked both times, writer Bill Russell and composer Henry Krieger's Side Show finally arrives in the UK in the version from the 2014 revival, with additional book by Bill Condon. Based on the story of the real-life Hilton sisters who appeared in Tod Browning's Freaks, it opens with conjoined twins Daisy (Louise Dearman) and Violet (Laura Pitt-Pulford) as the star attraction in a freak show during the Depression. The show's owner Sir (Chris Howell) is also their legal guardian for life and essentially treats them as his property as well. When vaudeville impresario Terry (Haydn Oakley) visits the show he spots the twins' potential as performers, as well as the abusive situation they're in, and helps them mount a successful court case to be liberated from Sir. He does succeed in making them stars, for a while, and they also seem to find a chance at love, but their disability gets in the way of both in the end.

Hannah Chissick's production in itself has little to fault it (although I say that from the perspective of the centre block - I'm hearing many reports that the blocking completely ignores the side seating banks in the thrust.) There's a suitably faded glamour to takis' multi-level set, and an attention to detail in the depiction of the other freak show acts, gradually turning into more regular-looking background characters as the show goes on and the sisters leave their carnival background behind. 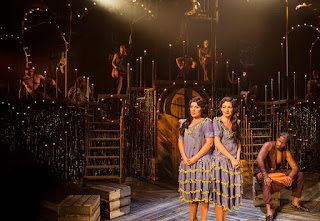 It's also well-cast, Howell's straightforwardly exploitative villain replaced by Oakley's more nebulous Terry, who manages to maintain charm and the feeling that despite his financial motives he does genuinely care about the girls and even love Daisy, while failing at every turn to actually make the sacrifices necessary to be with her. Violet for her part falls for choreographer Buddy, missing the signs that he's gay like everyone's whispers behind his back, his closeness to one of the male dancers, and the word "choreographer." 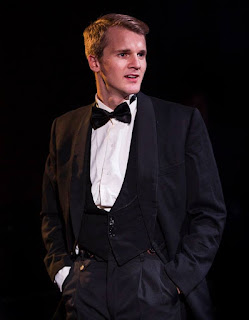 Dominic Hodson makes Buddy a conflicted boy-next-door, while Jay Marsh has a powerful baritone but wooden performance as Jake, who actually loves Violet back but has the time's attitude to interracial relationships to add to the other obvious obstacles to a relationship.The ensemble is strong and enthusiastic as well but most important of course is that the central couple be able to carry the show, and this is a well-matched (well... they are since Dearman has higher heels on to make sure they're the same height) pair of leading ladies, Dearman providing the showbiz pizzazz and Pitt-Pulford the heart as the more reserved of the sisters. 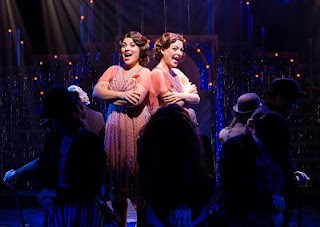 And yet the show as a whole never really did much for me, the songs neither particularly memorable nor coming to life. The writers take great care to be respectful of the sisters' disability and not manipulative of the freak show, but perhaps too much so - there's a couple of one-liners to show the twins have a sense of humour about their predicament, but the show itself doesn't share it. 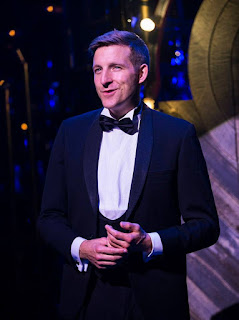 There's no black comedy or sense of camp and I found myself thinking, instead of what I was actually watching, about how others have dealt with similar grotesquerie: One conjoined twin reading a book while the other performed on Britain's Got The Pop Factor, Ginger Minj conjoined at the boobs on Drag Race, or wishing a three-titted Angela Bassett would turn up and overact the most banal dialogue like it's Lady Macbeth's sleepwalking scene. Side Show isn't a show with glaring flaws, but it's one I spent way too much of thinking about what it wasn't doing than what it was, and that can't be a good sign.

Side Show by Bill Russell, Henry Krieger and Bill Condon is booking until the 3rd of December at Southwark Playhouse's Large Theatre.