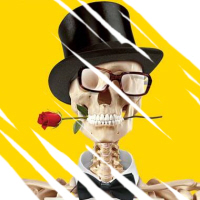 Comedians Benny Hill and Frankie Howerd died within days of each other; it's during that week in 1992 that Dead Funny takes place, so it's no surprise that 2016, with its bloodbath of the national treasures, would be a good time for Terry Johnson to revive his play. It's a pretty extreme comedy-drama that looks at an imploding marriage through the prism of the silliest kind of classic British comedy. Richard (Rufus Jones) and Ellie (Katherine Parkinson) haven't had sex in 18 months because Richard says he's lost all interest in it. They're seeing a couples therapist who's prescribed an hour every other night of them gradually getting used to touching each other again, even if it's in a non-sexual way, but even this seems to make Richard uncomfortable. What he's much more enthusiastic about is his love of classic comedy, and his position as chairman of the Dead Funny Society, who share his passion. When the news of Benny Hill's death is announced, they plan a tribute party.

Other members include Richard's best friend Nick (Ralf Little) and his wife Lisa (Emily Berrington,) who turn up for the party along with confirmed bachelor Brian (Steve Pemberton,) who's been dedicated to the club ever since his mother died. 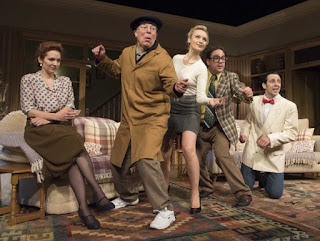 But unbeknownst to them, a rift in the membership means most people have gone to a rival event, leaving just these five to face the awkward truths they've been hiding behind their hobby. Dead Funny treads a very difficult line between high comedy and dark drama, often throwing them together to use the former to illustrate the latter - like in the climactic scene that sees the characters fall apart emotionally in the middle of an actual slapstick sequence. And while I'm not always a fan of Johnson's work as either writer or director, here the balancing act is expertly pulled off. 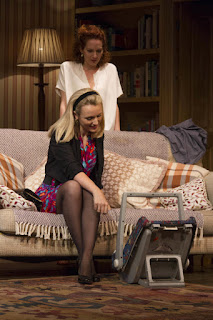 There's a number of straightforward comic setpieces, with the play setting out its stall early on: Given Johnson's reputation as the creepy uncle of British theatre I expected the publicity's nudity warning to refer to Berrington, but in fact it's Jones who has a
FULL-FRONTAL MALE NUDITY ALERT!
in an early scene of embarrassment nudity that pushes the boundaries of what you can ask two actors to do on stage together (well I guess Jones has to take whatever work he can get now there isn't much call to play David Cameron any more.) There's also the club's reenactments of some of their favourite sketches, brought to life with obvious affection. 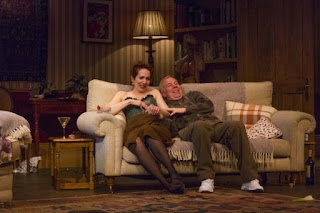 While the production's well-cast overall, there's no point pretending this isn't completely stolen by Katherine Parkinson - it's pretty much worth seeing for her alone. She nails the drama while everyone else is hiding their feelings under comedy characters and Ellie sits in the background with her misery there for all to see. But in her acidic comebacks she's also got the biggest laughs of the evening, including one combination of clever line and perfect delivery that I'll remember for some time*. It's an odd play but one which, for me, worked a lot better in its mix of humour and despair than I expected it to.

Dead Funny by Terry Johnson is booking until the 4th of February at the Vaudeville Theatre.