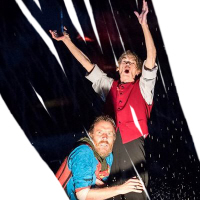 Matthew Warchus' second year in charge of the Old Vic is shaping up to be as starry as his predecessor's time, starting with King Lear - not just any bit of gender-blind casting in the lead role but Glenda Jackson coming out of retirement after decades of giving up acting for politics. She's hardly surrounded by obscure actors either, with Celia Imrie and Jane Horrocks as Goneril and Regan, Harry Melling as Edgar and Rhys Ifans as the Fool; plus many familiar London stage faces like Karl Johnson as Gloucester, Sargon Yelda as Kent, Danny Webb as Cornwall and Simon Manyonda as Edmond. Deborah Warner's production brings its star onto the stage and promptly has her turn her back to the audience, but this turns out to be a cannier move than it first seems: Jackson's King Lear is about to divide his kingdom, and asks his daughters to quantify their love for him.

Warner plays the scene with everyone taking it light-heartedly, Goneril and Regan's over-the-top declarations of love played as tongue-in-cheek, playing along with what they think is a joke. 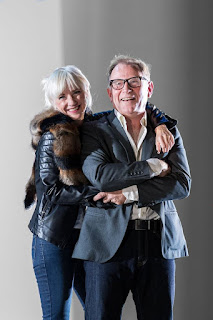 Not being able to see Lear's face means we can't see his reaction to youngest daughter Cordelia (Morfydd Clark) going for a more down-to-earth reply that she thinks her father will indulge, but which instead sees him go into a rage, disinherit the one honest daughter and put himself at the mercy of the two flattering ones. The rash decision sees his kingdom divided and himself cast out into the wilderness and into madness. Glenda Jackson is the third female Lear I've seen, but the first one not to have the actual role gender-flipped: The personal pronouns remain the same, Lear is still a king not a queen. In fact one of the successes of the evening is the way it doesn't make gender an issue - Jackson doesn't attempt to be more masculine, the fact that she's much slighter in frame than most of the other actors being a sign of the king's vulnerability rather than anything else - this is Lear as betraying, and then subsequently betrayed, parent rather than specifically mother or father. 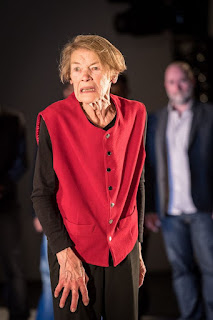 Of all Shakespeare's tragedies King Lear is the one whose subplot is as much of a focus as the main plot, in its story of another father this time trusting the wrong son. Johnson is a frail and sympathetic Gloucester although his speech isn't particularly clear, Melling an awkward Edgar unprepared for the danger he's about to find himself in, and Manyonda a brisk and focused Edmond, the sexiest bad guy in a long time who you can understand the sisters fighting over. His mooning the audience is completely gratuitous but I didn't hear anyone complaining. 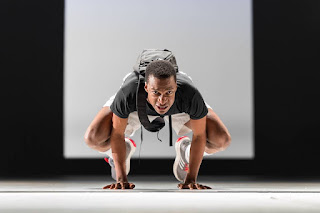 The style of the production overall, though, was problematic to me: It's so textbook Deborah Warner that despite Fiona Shaw not being in it I still expected her to turn up and flash the gash at some point (instead it falls to Melling's Edgar to provide a
FULL-FRONTAL MALE NUDITY ALERT!
I hope someone's warned J.K. Rowling if she's going - she gets a bit flustered if she isn't prepared for this sort of thing.) But in the style of her productions of Mother Courage and The School for Scandal, this has a running time of ∞ and is designed to lay its own theatricality bare to the point of out-Brechting Brecht, with stage-hands noisily putting the set together as the audience enters, white flats and boxes in a modern-dress production with occasional projections. At its best the approach manages to make one of the most clichéd theatrical shorthands - a tarpaulin waved just above the stage floor to create a storm - into one of the most atmospheric storm scenes I've seen in many a Lear. At worst - the stagehands' shadows projected onto the curtain behind Kent as he plans to help Cordelia's army - it's an active distraction from the play. And while scene title captions are textbook Brecht, he did of course write scenes with actual titles. Having "Act 3 Sc. 2" projected above the actors doesn't seem to serve any purpose other than remind us how much longer there still is to go. 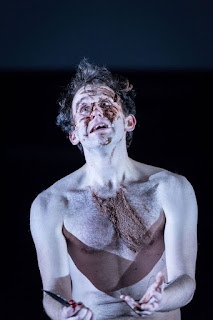 Because there's just no getting over the production's length - King Lear does habitually go over the three hour mark but here it creeps a lot closer to four. I don't believe that shouldn't be an option but if you're asking for an audience's concentration for that amount of time you'd better be damn sure you show them something good enough to justify it. And while most of this production is good, it's not that good - if you're out-indulging The Greg'n'Tony Show by nearly half an hour, that might be a good indicator that you've overdone it a bit. It's not like Warner's overly respectful of the text - along with the spelling of Edmond, a couple of other alternate versions of lines are used, plus the Fool in particular gets to use a few modern alternatives to the originals - "Nay, he reserved a bin-bag." So why so little actual cutting was done is a mystery - 90 minutes in Lear still hasn't gone out into the storm, and it's just over two hours before the interval arrives. 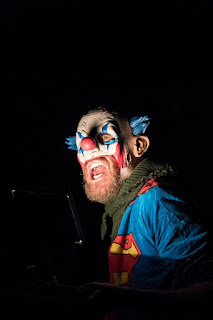 Speaking of the Fool, the production doesn't do anything to explain his disappearance, which regular readers (both of them) will know is a pet peeve of mine. Ifans is just left sleeping in a shopping trolley at the interval and never seen again. The later reference to him being hanged is delivered as being the literal truth, which is all very well but it's a bit

. Then there's inconsistencies in the production's style: Being modern dress, the references to swords are all accompanied by flick-knives, except in the fake fight between Edgar and Edmond, when there's an actual sword. Which also highlights how the production is sometimes too keen on a cool idea to worry if it makes sense: There's a grisly take on much of the play's violence, including Manyonda biting into his own arm to draw blood. Which is one way to fake a sword-wound, but surely not the one you'd choose if there was an actual sword on the floor by your feet. 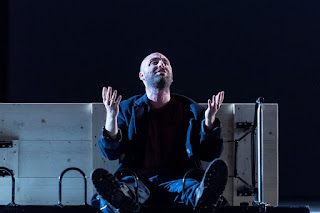 One unexpected element from a director famously inexperienced in comedy is how much humour is mined from a particularly bleak tragedy. When Matt Gavan's King of France comes in with the full 'Allo 'Allo accent it's initially pretty awkward until it becomes apparent it's actually meant to be funny. Throughout the play the possibilities for black comedy are found, and it's mostly pretty successful, but like the clinical staging it contributes to a production that's short on emotion. I know a surprising amount of people who don't like King Lear much but it's one of my favourites and more or less guaranteed to move me, but this one didn't come close. Even Yelda playing Kent's ambiguous final lines with the hint of following Lear to the grave, a moment that's had me in tears before even on the page, did nothing for me here. This isn't a Lear to draw you into its huge emotions but one to be coldly admired from a distance. 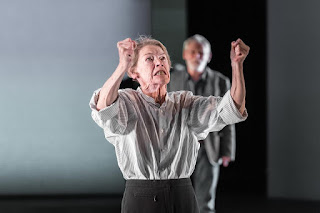 If I seem hyper-critical it's not to say I disliked the production as a whole, but it's an inevitable result of demanding the best part of four hours of an audience's attention: The actors can, and here certainly do, act their socks off for the conclusion, but it'll never have the full effect on an audience who are tired, hungry, have got cramp and are wondering if they'll make their last train home (the Old Vic is just a bus ride home for me and I still only got in a little before midnight.) Another thing it opens the audience up to is nitpicking everything about the show, so while I may have come away with my head full of the production's ideas it was at the expense of a lot of the power that's already in the play.

King Lear by William Shakespeare is booking until the 3rd of December at the Old Vic.