Theatre review: All the Angels 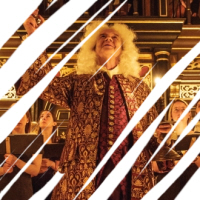 New plays in the Swanamaker have tended to have a classical music theme to tie in with the venue's concert series - Farinelli and the King has so far been the big hit. Nick Drake's All the Angels is a returning show from the Dominic Dromgoole era, with a look at a particularly famous piece of music: Handel (David Horovitch) was best-known for opera but had had some embarrassing flops when the libretto to Messiah came his way. A religious choral work seemed a welcome change from opera, an art form he felt had betrayed him, while an invitation to do a residency in Dublin got him away from the scene of his humiliation, as well as a much-needed paycheck.

With only one professional soprano available in Dublin and Messiah requiring two, Handel turns to another voluntary exile from London. 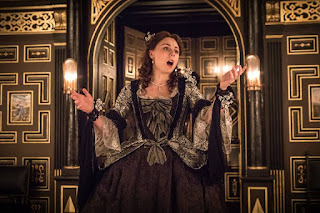 Actress Susannah Cibber (Kelly Price) is fleeing a sex scandal she was at the heart of, and as she has some natural singing ability Handel believes he can train her up in time. The story is narrated by Crazy Crow (Sean Campion,) who works transporting the musicians' instruments and has a nocturnal sideline as a body snatcher. Although there's a chorus, the play is essentially a three-hander for these characters (except in a couple of brief scenes where Lucy Peacock and Lawrence Smith come out of the ensemble to play supporting roles.) 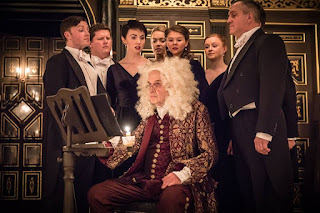 Jonathan Munby directs a production that finds both the comic - Horovitch has fun making Handel a constantly muttering grump - and spiritual sides of Drake's play, but can't disguise the fact that it doesn't always hold together very well: It feels quite episodic despite the small cast of central characters, and some of the connections aren't always immediately apparent. At least Crazy Crow's significance becomes clearer in the second act, the "resurrectionist" unable to reconcile the beauty of the music's sentiment with his own experience of what really happens to bodies after death. 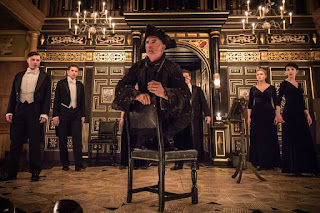 Still, Price's singing matches her appealingly vulnerable performance, and the two men also give good value in a play with a lot of strong individual scenes. In a venue less unforgiving than the Swanamaker its flaws would probably go unnoticed, but in an uncomfortable seat any moments when the play doesn't feel entirely confident of its direction drag out.

All the Angels by Nick Drake is booking in repertory until the 12th of February at the Sam Wanamaker Playhouse.