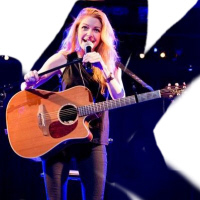 Martha (Siân Thomas) was a legendary protest singer in the 1970s, but she retired both from music and from public view. Simon (George Blagden) is a music academic doing his PhD on protest music and Martha in particular, but he's hit a brick wall and only speaking to the elusive singer herself will give him the details he needs. In a last-ditch attempt, he contacts her estranged daughter Anna (Laura Pitt-Pulford,) a commercial pop singer who's had some success with her first album, and is now struggling to put together a follow-up. Confronted with Simon's questions about her mother at a time when she's feeling vulnerable about her own work, Anna lets slip Martha's big secret: Her biggest, most influential hit was so different from her other songs because she didn't actually write it. She now lets Simon know where he can find her mother so she can give her side of the story, as writer Hannah Patterson returns to Hampstead Downstairs with her short play Platinum. 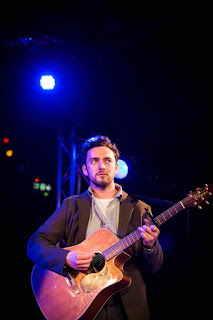 Right from the start Platinum has an advantage with me as I do like plays that touch on a subject I haven't seen on stage before. And while many stories deal with music, the particular emphasis on protest songs feels fresh: A song that may not have actually changed the world but feels as if it did, and certainly aspired to. It's undeniably a rather romanticised view of the songs' 1960s and '70s heyday, but one the play and performers made me willing to buy into. 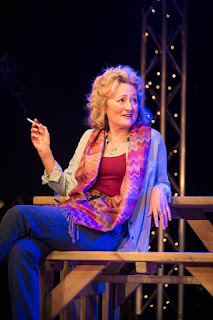 I also like a short running time of course, though here it does sometimes leave things feeling a bit rushed: The opening scene, where Simon just wanders into a recording studio where a famous pop star is working alone, requires quite a bit of suspension of disbelief; and however adorable Blagden might be, a romance between Simon and Anna feels very much tacked on. But in other ways it's impressive how concisely Patterson and Penford get us invested in this quick dip into their world. 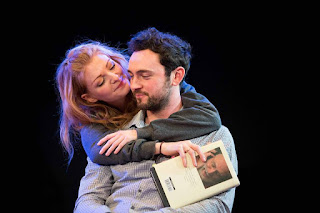 The trio of actors also give understated performances that back up the play's good-natured belief in the willingness and ability to change the world for the better. Calling Platinum rather naïve and rose-tinted wouldn't be an unfair criticism, but I was charmed by it.

Platinum by Hannah Patterson is booking until the 14th of January at Hampstead Theatre Downstairs.