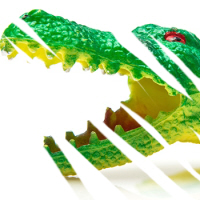 A different kind of paranoid thriller to Wild Upstairs, Downstairs at Hampstead Andrew Keatley's Alligators snap at a man in his own home. Teacher Daniel (Alec Newman) has an enthusiasm for his job that most teachers lose much earlier in their careers, but when a sudden allegation comes out of nowhere, suspicions form about whether his real enjoyment of the job is more sinister. After getting suspended without explanation, Daniel eventually discovers that a former pupil has accused him of various sexual assaults when she was 14. He has to defend himself to the police as the allegations rise and everyone from anonymous Facebook groups to the Daily Mail try to out him before he's even charged with anything.

His wife Sally (Susan Stanley) has no doubt of his innocence right from the start, but as attacks come from all directions their family inevitably starts to suffer. 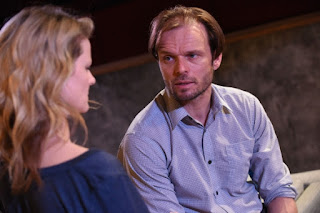 Like all other shows from now until the end of time, Alligators is directed by Simon Evans, who turns it into an uncomfortable couple of hours on Polly Sullivan's intimate traverse stage, Newman's Daniel starting out relaxed and confident ("OOH, HE SMELLS NICE," said a woman in the front row, in a stage whisper I'm sure the actor would have been able to hear,) and visibly breaking down as events get further out of his control. 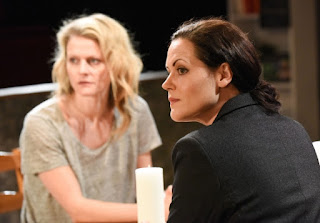 Other plays have dealt with stories of people accused of getting their Yewtree on, but Keatley focuses very much on the aspect of someone continuing to protest his innocence, facing charges it's virtually impossible to disprove: The arrival of social worker Cathy (Ony Uhiara,) probing his daughter Genevieve (Daisy Waterstone) with leading questions that could incriminate Daniel, makes it very clear where the play's sympathies lie, and it's not with a system determined to find guilt in any accusation. 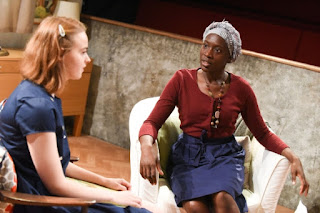 Alligators by Andrew Keatley is booking until the 16th of July at Hampstead Theatre Downstairs.