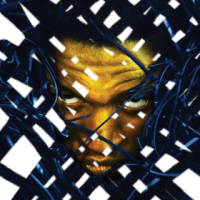 I don't know how much longer we'll be able to enjoy Philip Ridley plays now that we're actually living in one, but at least his latest dystopia is so utterly, unashamedly demented that correlating it to reality needs about as much imagination as it clearly took to write in the first place. Karagula takes place in an alternate reality, on a planet with two moons and - as far as its inhabitants can tell - only a single town surrounded by endless desert. In a twisted pastiche of 1950s Americana, teenagers Dean (Theo Solomon) and Libby (Emily Forbes) are having a romantic evening, spoilt only by Dean's worry that he'll be elected Prom King. It's an honour, but one with the unfortunate side-effect that, like every winning couple going back millennia, the Prom King and Queen will be driven away in an open-topped limo after the dance, to be shot to death in a literal reenactment of the JFK assassination.

After their funeral, a random member of the town's populace will be announced to have been the assassin, and all the townspeople will have a great day out hunting him down and lynching him. 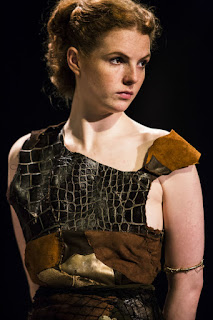 Dean is keen to break this cycle, but the new Grand Marshal, Mitch (Lanre Malaolou,) will not be crossed when tradition needs to be upheld. Dean's revolt has oblique consequences at some point in the future when a bloody civil war breaks out between opposing religions. Later still, peace will be brought about by a totalitarian state that ruthlessly stamps out personality and emotion. 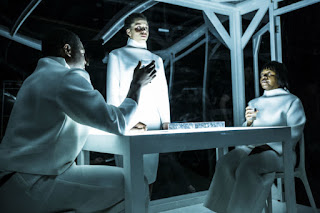 Originally advertised as being held at a mystery location, Max Barton's production has since made it public knowledge that it takes place at Styx, a building in Tottenham Hale behind a deathtrap of a pop-up bar. More effective in its first act, Karagula first takes place in traverse, before Shawn Soh's set gets reconfigured into end-on after the interval. This second staging largely involves a series of cloth backdrops being torn down to make the stage increasingly deep, and Barton doesn't manage to use the stage quite as creatively as he did in the earlier act. 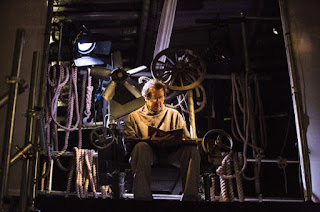 Your guess is as good as mine.

Not only does Ridley present his story out of chronological order, but initially it looks like the various segments might be taking place in different universes altogether. There's a satisfying feel to the way we find out it is a single sequence of events spanning centuries, and how exactly the different elements slot together. But, at almost three hours (and evidently this is a significantly reduced time since its 3 hour 15 minute previews,) the fact that the storylines' success rate varies wildly gets very frustrating. A couple of scenes are excellent - a senior member of the future dictatorship (a sinister Obi Abili) trying to entrap a mother (Lynette Clarke) into admitting still having human feelings for her daughter; and Teacher (Tony Bell, who on this evidence is apparently an Ood,) breeding a rebellion via telepathy. 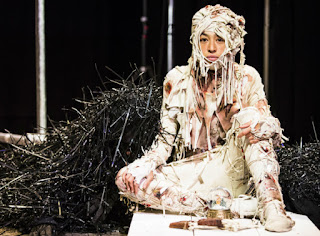 But there's also some pretty endless battle scenes, and a borderline arbitrary ending point that left me nonplussed. Far from the writer's best work, Karagula does however have an impressive amount of nerve; it's baffling, sometimes frustratingly, sometimes gloriously so.

Ridley memes: Facial birthmark, injured leg, a twist on the insect-eating meme. No chocolate, but lots of milkshake (no flavour specified, but it's pink.)

Karagula by Philip Ridley is booking until the 9th of July at Styx.