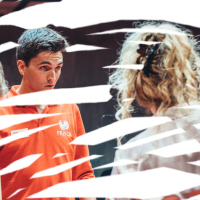 Supermarkets have been held responsible for decimating UK farming, then replacing family businesses with low-paid, soul-destroying jobs, and Michael Ross looks at both these aspects of the story in Happy to Help, which starts promisingly but soon reveals itself to be a fairly flaccid black comedy. After a prologue where Tony (Charles Armstrong,) the representative of multinational chain Frisca, buys the land from a farmer his company bankrupted in the first place, we flash forward 15 years to when Tony's become the UK MD of the company and, on the whim of his American bosses, has been sent to work the shop floor incognito as an "undercover boss," and get first hand experience of his staff's lives. Store manager Vicky (Katherine Kotz) knows his true identity, but seems more than committed to treating him exactly the same as everyone else, if not worse. 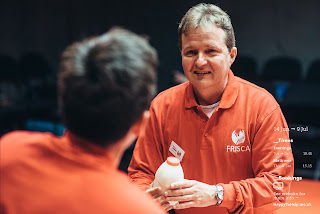 Roxy Cook's production starts to unravel in the very long final scene of the first act, though, where Vicky undermines Josh in an attempt to break down his confidence, make him give up his dreams of stardom in favour of a store management job with Frisca, and possibly shag her into the bargain: Ross gives us every moment of her assault on Josh's confidence, so a scene of his being slowly and laboriously broken down has much the same effect on the audience. 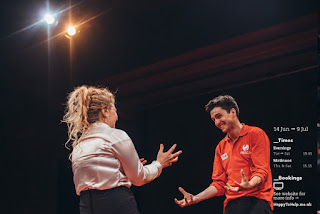 The pace doesn't really resolve itself after the interval as the play gets throttled by its own plot, culminating in a twist that manages to be both predictable, and implausibly convoluted, while Kotz can't make sense of a character who's simultaneously a hissing villain and meant to have a greater purpose. The production is apparently part of the Park's Script Accelerator Programme, but in this instance it seems to have been accelerated to the stage several drafts too early.

Happy to Help by Michael Ross is booking until the 9th of July at Park Theatre 90.