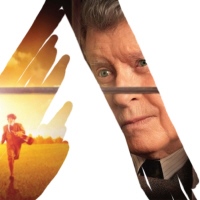 "How long is the show?" I heard another audience member ask an usher. "It ends at ten past ten." "But that's FOREVER!" How prescient an appraisal that turned out to be of The Go-Between, David Wood (book and lyrics) and Richard Taylor's (music) chamber musical that would probably have been dull enough in an actual chamber, but dies a slow, agonising death on a West End stage. Based on the L.P. Hartley novel famous for the line "The past is a foreign country - everyone in it's dead now and you'll wish you were too if you're watching this" (I may be paraphrasing slightly,) Michael Crawford returns to the stage to play Leo Colston, who looks back through his diaries from the summer he turned 13, and spent three weeks of his holidays at the house of school friend Marcus (Samuel Menhinick, alternating with Archie Stevens and Matty Norgren.)

There the younger Leo (Luka Green, alternating with Johnny Evans Hutchison and William Thompson) quickly develops a crush on Marcus' older sister Marian (Gemma Sutton,) who uses this devotion to her advantage so she can secretly have vaginal intercourse with a neighbouring farmer. 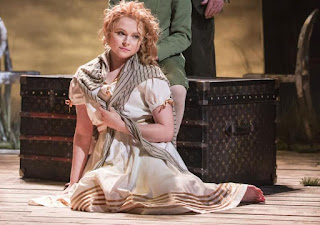 She's attracted to Ted (Stuart Ward) as much for his body* as for his varied and unpredictable collection of regional accents, and charms Leo into delivering messages between them so they can arrange when to meet for what is described as spooning, although the word they're thinking of is probably forking. They eventually get found out. It takes a little over two-and-a-half hours to tell this in a production that's presumably aiming for "wistful" but lands on "catatonic." The choice of having a single piano on stage to provide the score might have come across as quite bold when we're used to seeing multiple musicians even in fringe shows, but the tattiness of the design makes it look like part of overall cost-cutting: When it isn't reflecting the lights into the audience's eyes, Michael Pavelka's set just looks cheap, a distressed look it probably would have got away with if it hadn't been for the obvious modern plastic chairs spray-painted to look old. 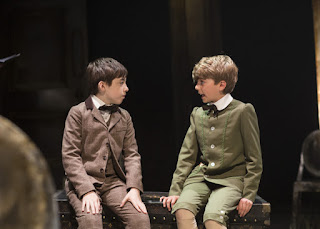 I toyed with leaving at the interval, and the second act immediately made me regret coming back, as director Roger Haines has his cast slowly and silently take their seats on stage - it's funereal and it turns out NOBODY'S EVEN DIED YET, which was annoying. In fact they were sitting to hear Leo sing, which given what the songs are like does at least explain why they all look so miserable at the prospect. I'm sure people who know more about music than I do can tell me the score is actually quite ambitious in some way, but to me it sounded like the cast were drifting listlessly in and out of songs that never had any particular differentiation between them, while Crawford got under their feet, gawping at the action with his bottom lip trembling. 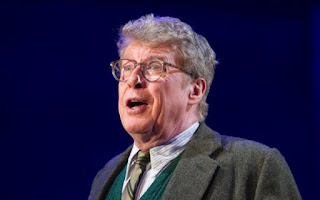 Meanwhile as Marian's mother, Issy van Randwyck mainly looks outraged at how little she has to do, until finally getting let loose and unleashing a performance so full of ham that David Cameron once tried to fuck it. It comes as Haines' production tries to counteract the soporific first two hours with a finale that goes for all-out melodrama, including having the rest of the cast flap branches and umbrellas at the lovers because of reasons. Indeed the only real pleasure to be had for me was in unintended comedy, or thunderously clunky dialogue like "I'm going to fight fire with fire!" "But that's playing with fire!" 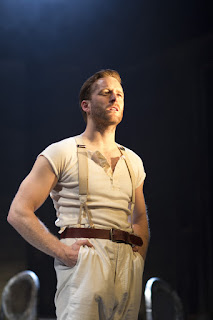 It's a very long time since I read Hartley's book so can't say for sure but I would have imagined the ending was intended to be quite sweet rather than horrifying; but the older Leo's conclusion is that the events of the play turned the bright and lively boy we meet at the start into a withdrawn adult who spent his life wanking into a sock over a manipulative girl he fancied when he was 13, but it was all worth it because they were the best three weeks of his life (SPOILER ALERT: Mate, those three weeks included you inadvertently causing someone's death, aim higher.) At least as it comes across here, there's nothing sweet about that ending. And then when he finally meets an elderly Marian she tries to get him to do chores for her again to help her reunite with her grandson, despite the fact she should have figured out by now that involving Leo in anything is likely to end in a bloodbath. It wouldn't be an on-stage bloodbath of course, as that might be interesting, and that's a word that's clearly considered anathema among The Go-Between's creatives.

The Go-Between by Richard Taylor and David Wood, based on the novel by L.P. Hartley, is booking until the 15th of October at the Apollo Shaftesbury Avenue.

*no topless publicity photos of him, because this is 2016 and advertising the show's sole plus point would be off-brand. Look at that list of credits, everyone and their auntie's taken production photos and not a nipple between them.
Posted by nick730 at 23:18