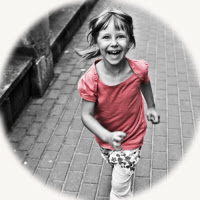 Actors making a first foray into writing or directing for the stage is going to be a bit of a meme this summer. First up is Lia Williams who turns director for Frank McGuinness' new play, a monologue first seen in Liverpool last year. The Match Box takes place in a battered holiday home on a remote Irish island where Sal, a Liverpudlian of Irish descent (Leanne Best) now lives alone. A single mother, her 12-year-old daughter was caught in the crossfire of a gang shooting and killed. Sal's story is of course a heartbreaking one of loss, and her inability to process her grief is powerfully conveyed. But when the dust settles and it becomes clear the killers will never be brought to justice, the play starts to enter even darker territory: Sal and her parents start to mutter things about revenge, but did they really have anything to do with the violent fate of the prime suspects?

This is an intense piece of writing exploring every parent's nightmare but also taking in the point at which this grief creates a person with nothing left to lose. Colin Richmond has designed an evocative set that thrusts out into the audience, bringing Best very much eye to eye with us at times; a simple rural house whose charred roof beams hint at the direction the story will take. 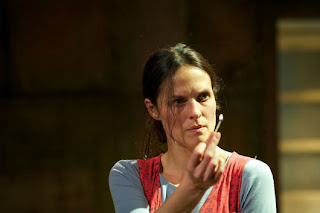 So too do the matches Sal repeatedly strikes, smelling the sulphur as if it brings her comfort. This is a spectacular performance from Best, who evokes an uncomprehending grief powerfully and without self-pity. The story of Sal's loss culminates in an extraordinary police press conference where her plea to the cameras turns out to have an unexpected message - you could hear a pin drop in the auditorium. But this isn't the end of what the play explores, and the actress has a genuinely unsettling glint of insanity in her eye that builds as the story does. The Match Box is not comfortable viewing, its injections of humour very rare, but it is a powerful piece with a memorable, no-holds-barred performance anchoring it. 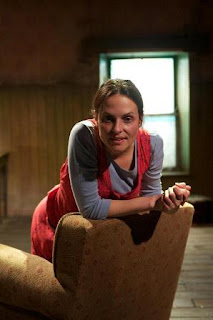 And a quick word in praise of the Tricycle's Artistic Director Indhu Rubasingham: When she took over the venue last year she promised to look into not just the programming but also the audience's overall experience. She's expressed hopes of introducing proper reserved seating but for the time being her new season sees the default start time move from 8pm to the more common 7:30. In a comparatively out-of-the-way venue that extra half-hour has in the past meant a very late trip home sometimes, so this is a welcome change if like me you're not local to the theatre. And when so many creatives give the impression of being above things like the audience's comfort or ability to see and hear a show, it's nice to find someone aware that the little things can make all the difference, and willing to do something about it.

The Match Box by Frank McGuinness is booking until the 1st of June at the Tricycle Theatre.