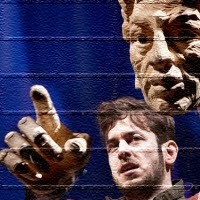 One of the directors of War Horse, Tom Morris reunites with South Africa's Handspring Puppet Company for the first time since they created the animals for that global juggernaut. This time their skill at breathing life into inanimate objects is required to bring to life Shakespeare's fairyland of A Midsummer Night's Dream. Two unconnected stories are brought together by the fairies in the woods outside Athens: Lysander and Hermia flee the city and her father's demands that she marry another man. But that man, Demetrius, has followed them, led by Helena, the woman he once loved and who still loves him. A fairy plot to untangle the muddle only makes things worse. Meanwhile the upcoming marriage of Theseus and Hippolyta spurs the city's tradesmen to put on a play to perform at the royal wedding. They rehearse in the woods, where they too fall foul of mischievous spirits.

Vicki Mortimer's design imagines the whole story taking place in some kind of giant workshop, whose bare planks of wood come to life to represent the trees in a wood that's a little bit alive. 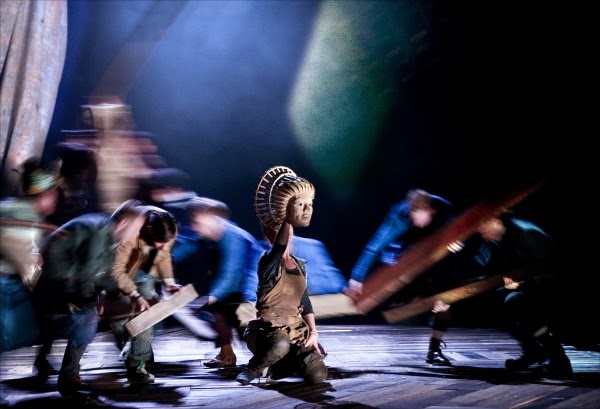 Morris' production blurs the lines between Hippolyta and the fairy queen Titania (Saskia Portway) even more than usual, as the Amazon queen becomes a craftswoman of sorts, mistress of the workshop, dressed throughout in overalls. Titania and Oberon are wicker-man statues that she creates as talismans to protect her wedding, and that come to life when Portway and David Ricardo-Pearce as Theseus manipulate the wooden heads to become the fairy king and queen. Oberon hiding the head to represent his invisibility is a neat touch; Titania's prop disappearing throughout her dalliance with Bottom doesn't make any sense. If only it was the sole part of the production that doesn't work. 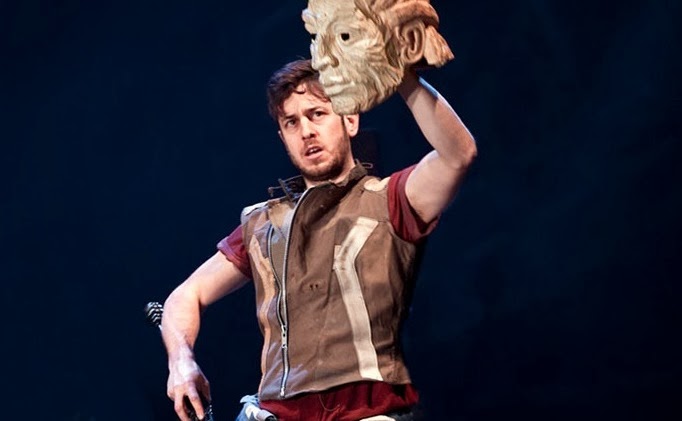 Unfortunately there's very little that does work here, and it looks to me like the blame can be aimed squarely at the puppets. (Although with the exception of the fairies, there's very few actual puppets on stage - most of Handspring's contribution in animating the inanimate is in the form of prop-based movement theatre.) A Midsummer Night's Dream has been made to fit the company rather than the other way round, and the play suffers as a result. The programme notes by the creatives cite a confused mass of high concepts that have been applied to the production to showcase the company's skills, and it doesn't seem like much time or energy was left to work on the storytelling or comedy of the play itself. 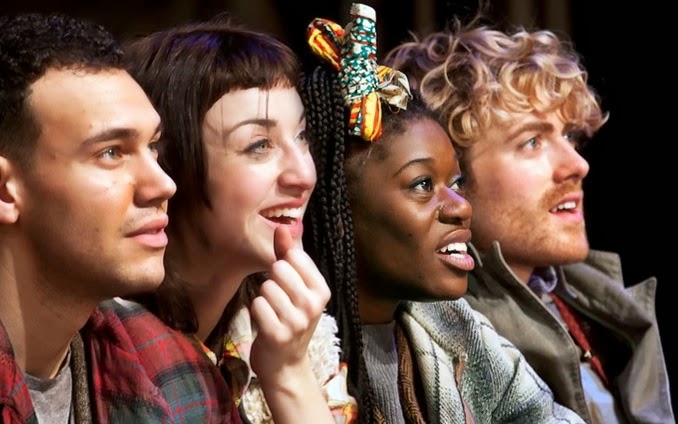 So we have an astonishingly bland quartet of lovers, with the closest thing to exploring the text's comedy being Alex Felton's Lysander finding every bit of double-entendre in his dialogue after the love-spell takes hold. Oberon and Titania's speeches are declaimed dully and respectfully, all the better to wonder at the pretty props they're waving around, never mind what the words they're saying actually mean. Puck is a dog-like creature made up of junk and operated by three actors, a conceit that should give him a unique personality but actually results in him having none. Only the rude mechanicals occasionally have moments where they come to life, and I don't think it's any coincidence that they're allowed to just get on with their scenes without someone wafting a plank around at them. 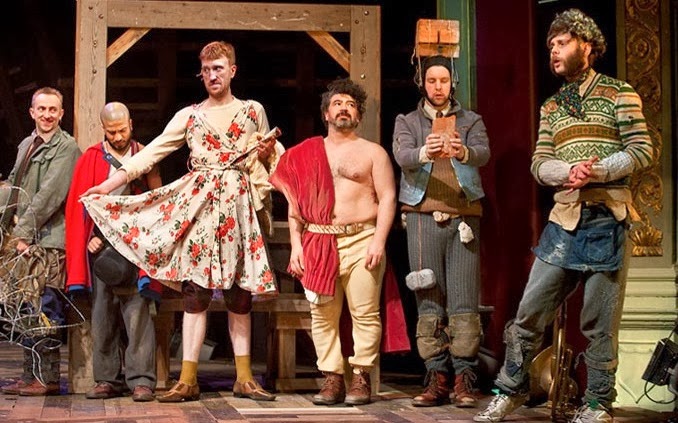 They still come up with an underwhelming Pyramus and Thisbe though. The idea behind Bottom's transformation merges the two meanings of the words "ass" to have Miltos Yerolemou literally talking out of his, on a contraption that struck me as another high-concept idea that the company were determined to implement whether it worked or not. Morris is a self-confessed Handspring fanboy and it shows in a production that makes Shakespeare the puppets' bitch, the play a barely-acknowledged backdrop to the staging. It's a long night, made longer by the Barbican's decision to start a nearly-three-hour show at 7:45 (if it had started on time. Which it didn't.)

A Midsummer Night's Dream by William Shakespeare is booking until the 15th of February at the Barbican Theatre.