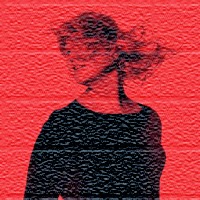 After a break for panto the Lyric Hammersmith's Secret Theatre returns with one notable change: The secret is now revealed slightly earlier, the sheet with title, writer, cast and creative details being handed out before the show rather than after. But for the purposes of this review I'll be sticking to the same format as before: If you're planning to see Show 4 and don't want spoilers, stop reading now.

After a couple of classics and a new play, 2014's first show is somewhere between the two, as Hayley Squires' Glitterland is a free adaptation of John Webster's The White Devil, turned into a satire of modern-day spin-doctoring and corruption. Glitterland is a cross between a police state and golden-age Hollywood, ruled by the brutal Ciano (Hammed Animashaun,) its populace kept subdued by the celebrity-soaked distraction stories spun by Nemo and Ludo. 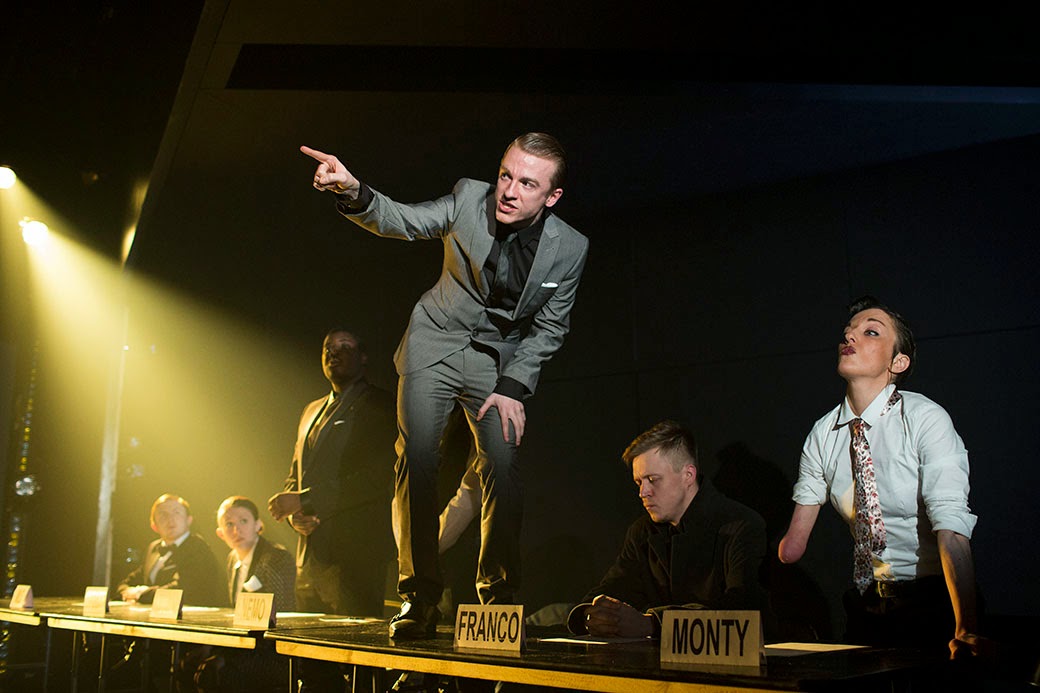 At the start of the play Ludo (Steven Webb,) scapegoated for the corruption of all the ruling class, is driven out of town, leaving Nemo (Leo Bill) free to pursue his own agenda. There follows plot and counter-plot, Ciano and Nemo being opposed by head of security Franco (Sergo Vares,) who's secretly in league with Ciano's daughter GeeGee (Charlotte Josephine) and the exiled Ludo, aiming to topple the regime. 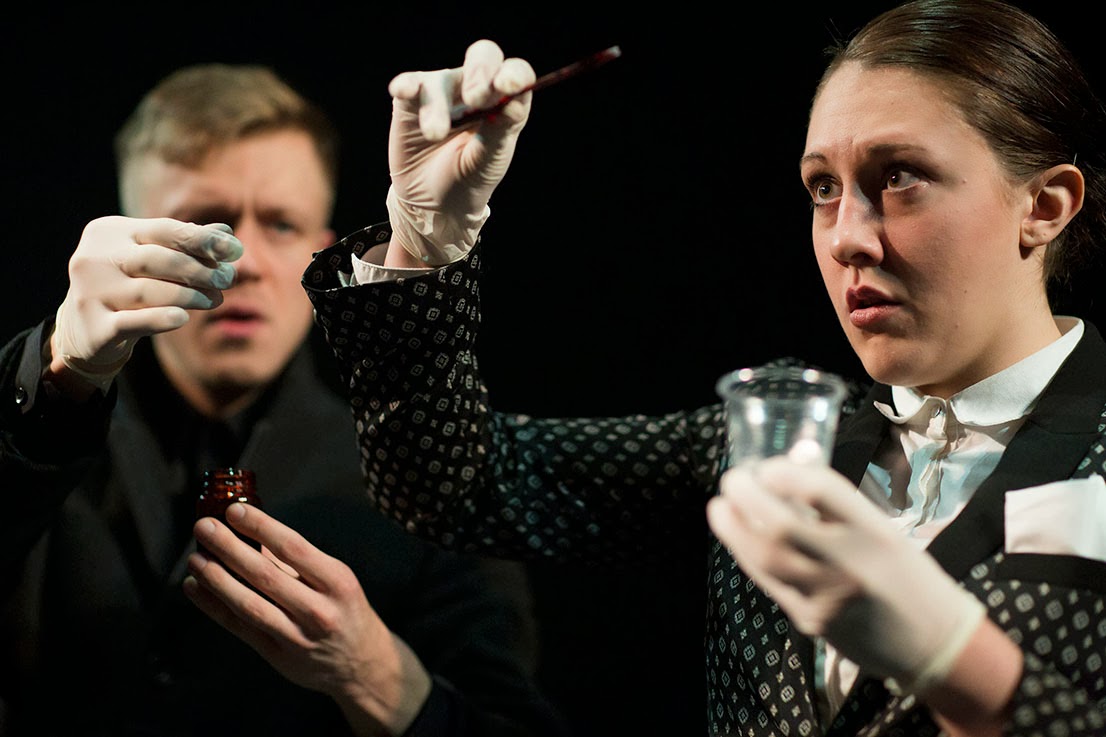 The central relationship, though, is that between the plotting Nemo and his sister, the torch-song singer Victoria (Katherine Pearce,) the nation's sweetheart and unwilling lust object of the head of state. Ciano is prepared to dispose of his own wife if it means a crack at the singer: Though not innocent of plotting herself, Pearce does a good job of showing the blonde bombshell as a largely sympathetic figure who's more often than not a pawn in a larger game. 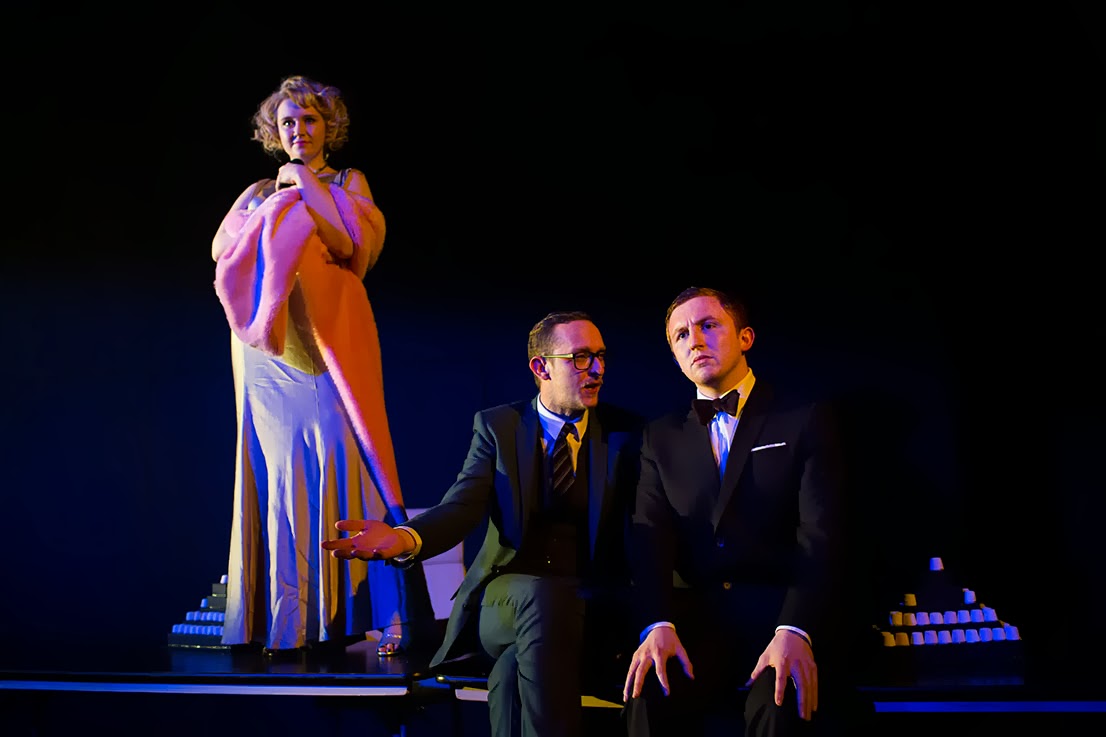 As is becoming a theme with this season, successful touches mix with indulgence - Squires' script, mostly in modern English, sometimes reverts to Webster's verse and others to an odd dialect that may be her own invention1, with mixed results; and the second act does start to drag a bit. Meanwhile director Ellen McDougall gives Bill a bit too much free rein to grandstand, and although I can see the idea behind a palm coated in blood symbolising a hand holding a gun, in practice it mostly just looks weird, and leaves the actors standing awkwardly with sticky hands. So it's not an entirely successful venture this time, but as with the rest of the shows in the season it remains worth a look.

Glitterland by Hayley Squires, inspired by The White Devil by John Webster, is booking until the 22nd of March at the Lyric Hammersmith.

1or it could be a real dialect I couldn't quite put my finger on because of the lack of an accent - as is Secret Theatre's house style, the actors all use their own accents
Posted by nick730 at 23:26