Theatre review: A Taste of Honey 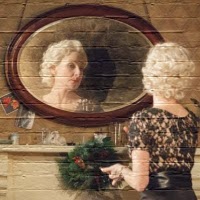 A seminal kitchen sink play, Shelagh Delaney's A Taste of Honey gets revived by Bijan Sheibani at the Lyttelton. At the tail end of the 1950s Helen (Lesley Sharp) arrives at the small, grubby Salford flat she's rented, accompanied by her teenage daughter Josephine (Kate O'Flynn.) It's far from the first time they've moved; the alcoholic Helen's past is full of failed love affairs and every time one sours she's moved to a new town, dragging her daughter with her. But this time Helen's found a wealthy younger man she won't let slip through her fingers - when the spivvy Peter (Dean Lennox Kelly) proposes, she's soon married and moved in with him, leaving Jo to deal with a marriage proposal of her own: She knows sailor Jimmie (Eric Kofi Abrefa) is only really after one thing but she doesn't care. Soon he's back at sea, and she's alone and pregnant.

Lesley Sharp is the star name here, and she doesn't disappoint, making Helen a grotesque but understandable monster, grandstanding and treating her daughter with alternating bullying and neglect. 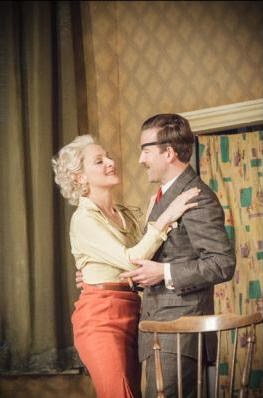 But A Taste of Honey is really Jo's story, not only following her development when her mother leaves and the way it's stifled whenever she returns, but also charting the way she's casually liberal, in ways that probably contributed to the play's controversial reputation when it first appeared. Whatever everyone around her might think about the fact that she's about to have a black baby, its race is one thing that barely registers as a concern for her. Similarly, the person she chooses to support her during her pregnancy is Geoffrey (Harry Hepple,) an effeminate art student whom Helen and Peter treat as a target for cheap jibes. 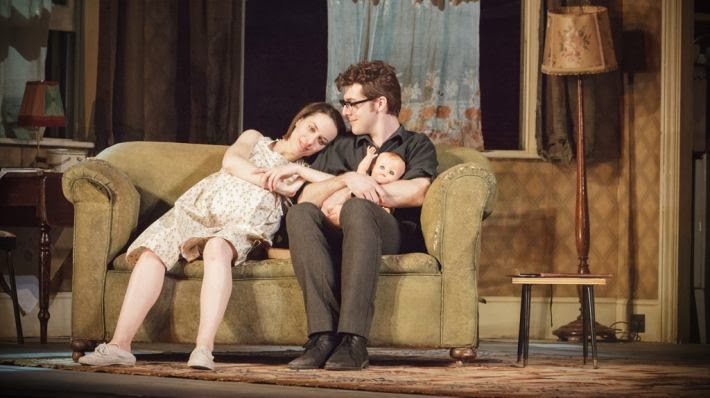 Hepple and O'Flynn's chemistry gives a new energy to the second act, and O'Flynn presents Jo as a character who's got a slightly otherworldly quality that keeps her at one remove from the grim reality of her filthy flat: Sheibani's production complements its fairytale-reading heroine with a production that occasionally breaks away from the play's gritty realism to portray a dreamlike, musical-theatre quality that shows the extent to which Jo appreciates those little moments of happiness she does find. 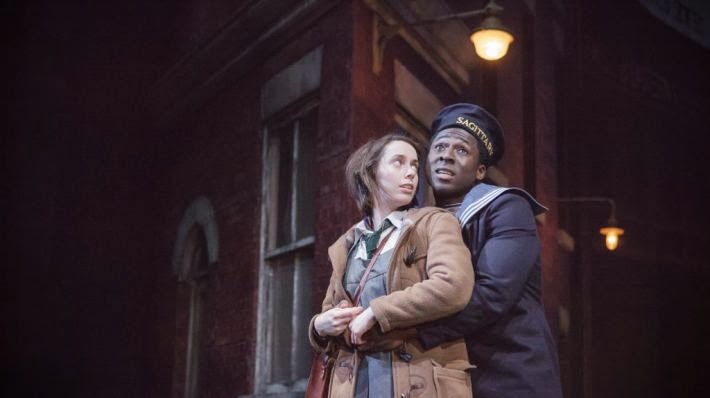 Almost the entire play takes place in a single room, but Hildegard Bechtler isn't the kind of designer to let that hold her back, and her set takes in the whole street, one of the tenement buildings revolving to reveal the grubby flat. It looks great, although I'm not sure it adds much to the production beyond an ostentatious display of the National's budget. At least it doesn't detract, though, from a focused production that turns out to be a lot funnier than its subject matter might suggest. I've never seen the play before, but Jim's familiar with the film version and had seen it as recently as six months ago. He found that the production not only compared favourably but also that the frequent element of comedy was a new dimension compared to the black-and-white bleakness he remembered. There's nothing to envy in Jo's life and a couple of hours watching it feels exhausting, but surprisingly entertaining as well.

A Taste of Honey by Shelagh Delaney is booking in repertory until the 11th of May at the National Theatre's Lyttlelton.