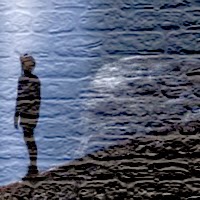 Author of the gently Kafkaesque The Complaint, Nick Whitby returns to Hampstead Downstairs with something pretty different in The Mystae. An August night in a Cornish cave near the sea, just after the A'Level results have come out, and Ina (Beatrice Scirocchi) has told her boyfriend Holman (Adam Buchanan) about an ancient Eleusinian ritual that they plan to reenact. A ham pastie replaces the slaughtered pig, and a bar of Cadbury's Fruit and Nut represents the bounty of the Earth, but the powerful hallucinogens they've got hold of are authentic. Before they can get started though there's another arrival - Holman told his friend Tre (Alex Griffin-Griffiths) where they'll be, in case they need rescuing. Tre has decided to join them instead, and the third wheel's not too welcome an addition for Ina, who thinks Holman's best friend fancies her.

I can't write about The Mystae without mentioning Georgia Lowe's set, another ambitiously realistic one in this small space that really feels like a cave somewhere underground, its tiny entrance blocked by water when the tide's high. So authentically inaccessible have they made it in fact, that the cast have to take their bows by the side of the auditorium rather than struggle back on stage at the end. 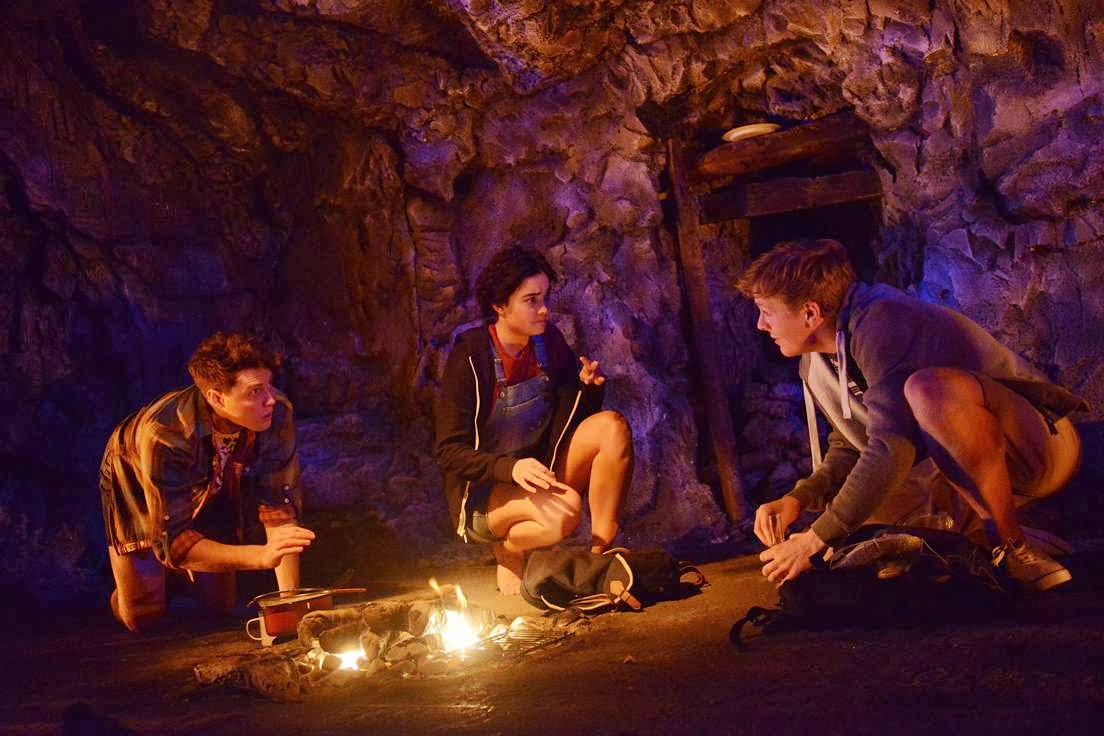 And a very impressive trio of recent graduates they are, nailing both the comedy and the terribly teenage earnestness of their characters. Griffin-Griffiths, whose name sounds like a stutter, has the showiest part as the less academic, more bluntly emotional Tre, but the other two each get moments for their characters to take centre stage as well (Scirrocchi's Greek accent is quite a way off, but it didn't particularly bother me so it's unlikely to be a problem for anyone less familiar with it.) 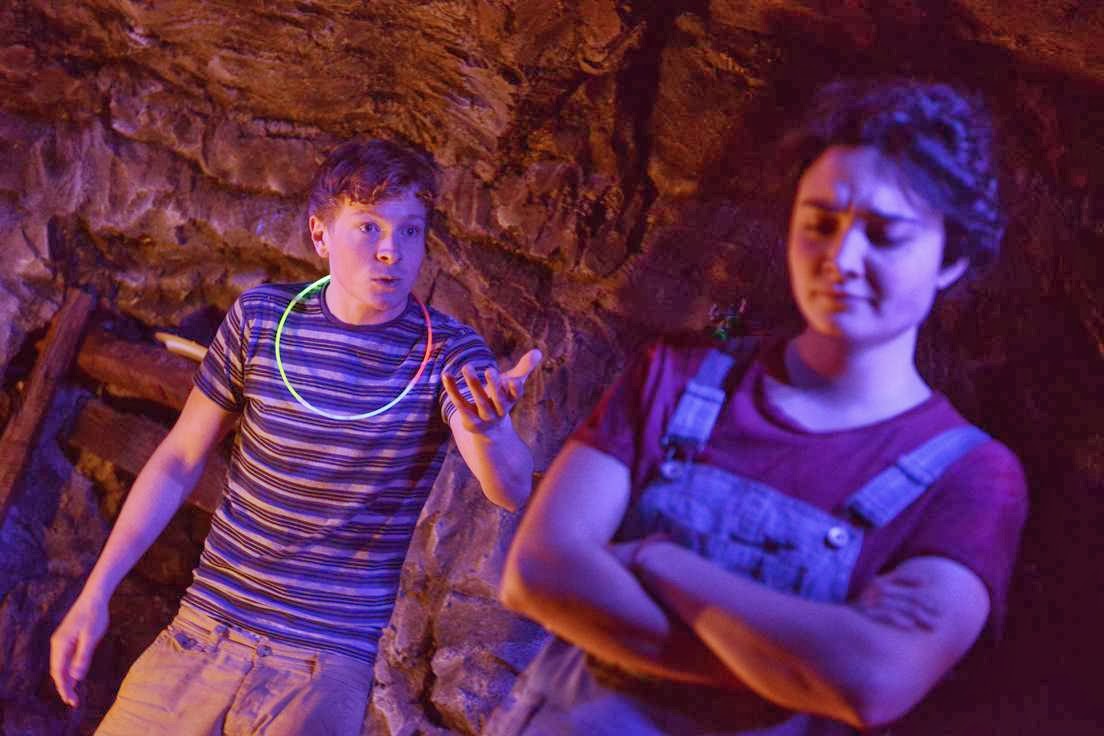 In essence The Mystae is a fairly familiar coming-of-age story in which the trio symbolically end their childhoods, in the knowledge that their friendship won't survive Ina and Holman leaving for university. But strong writing and Tim Carroll's atmospheric production (Simon Opie's lighting and John Leonard's sound design help Lowe's set feel uncannily like it's really under some cliff) all make it feel far fresher than that description makes it sound. 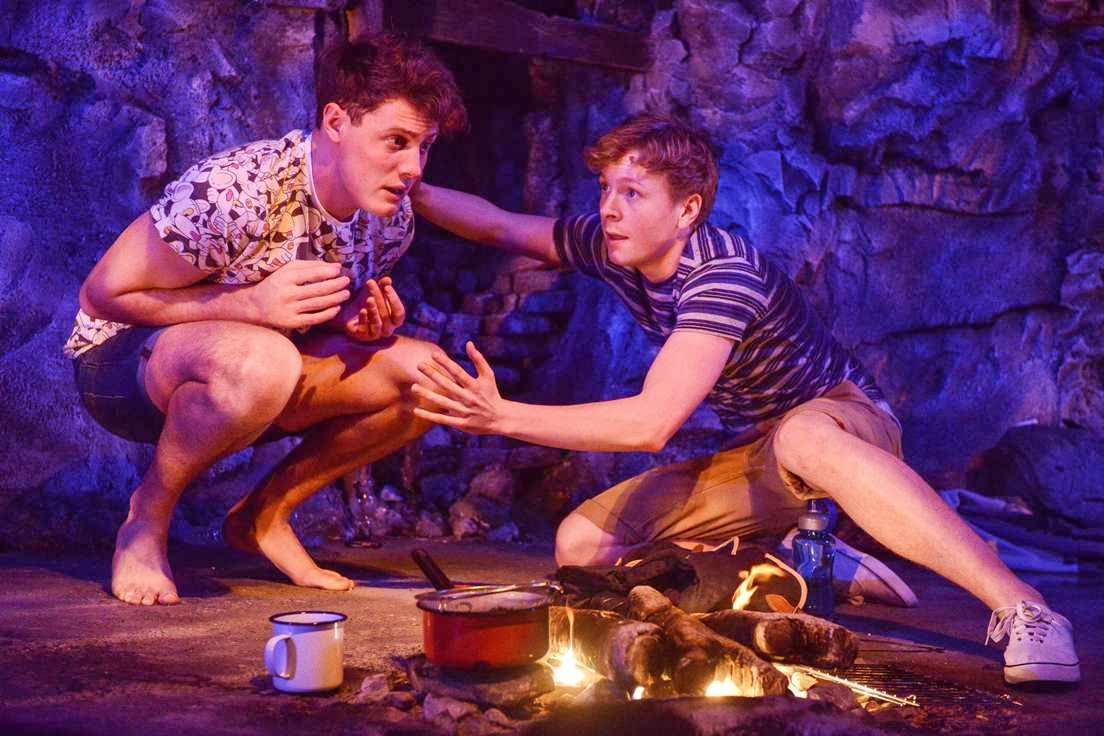 The evocation of teenage angst is at times a little bit too accurate, Buchanan in particular getting lumbered with quite a few speeches where his trip's convinced him he's solved the riddles of the universe. But we soon jump back to another scene of comedy, drama or peril in a memorable, short-but-sweet show. Oh, and although the teenagers do their coming-of-age mostly fully-clothed, Griffin-Griffiths does go commando in wet jean shorts. So, you know. Various interests catered for.

The Mystae by Nick Whitby is booking until the 15th of March at Hampstead Downstairs.