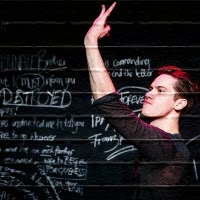 The Faction conclude their 2014 rep season with their pet playwright, Friedrich Schiller, and a tale of warring siblings. Handsome, charismatic Karl (Tom Radford) has got in with the wrong crowd but begs his father for forgiveness. Crippled, twisted younger brother Franz (Andrew Chevalier) wants the family wealth and titles for himself, so convinces their father to disinherit his brother instead. Believing himself damned by a father's curse, Karl agrees to lead his friends as they go from libertines to all-out gang of vicious robbers who lay waste to whole cities at a time and laugh in the face of the church. But when Karl learns of Franz's advances towards his beloved Amalia (Kate Sawyer,) he returns home for a showdown. Mark Leipacher directs his and Daniel Millar's translation of Schiller's The Robbers.

I do enjoy The Faction's unearthing of these Schiller works that don't receive that many airings elsewhere in London, and if some of the German playwright's works have a Shakespearean scope to them (the translation has the occasional wink at the similarity between the shuffling villain Franz and Richard III,) this bloody revenge tragedy is a bit more Webster at times. 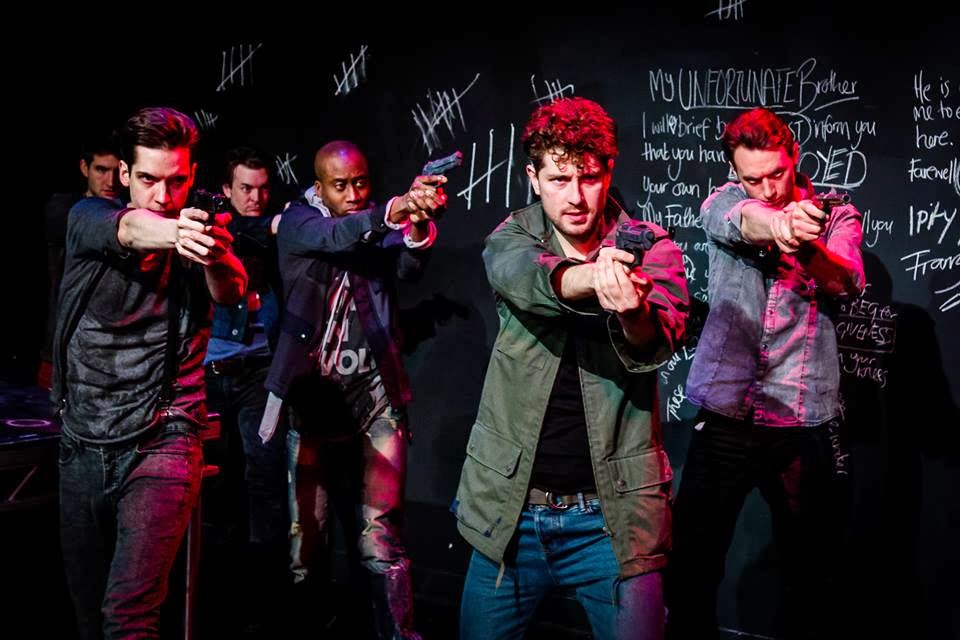 And if my one regular gripe about Leipacher's company is that for all they do very well I'd like to see them branch out, they do so in at least one area here, embracing humour to an extent I've not seen them do before. There are moments of intended humour from Schiller (Christopher Hughes' dim-witted Razmann is clearly comic relief) but the company also embrace the absurdity of the melodrama. Franz's false report of his brother's death would be hard to take at face value, but add Derval Mellett's Herma and her less-than-fully-committed disguise and foreign accent, and you've got a suitably silly context for tales of the dying man writing lengthy instructions in his own blood on the blade that killed him. 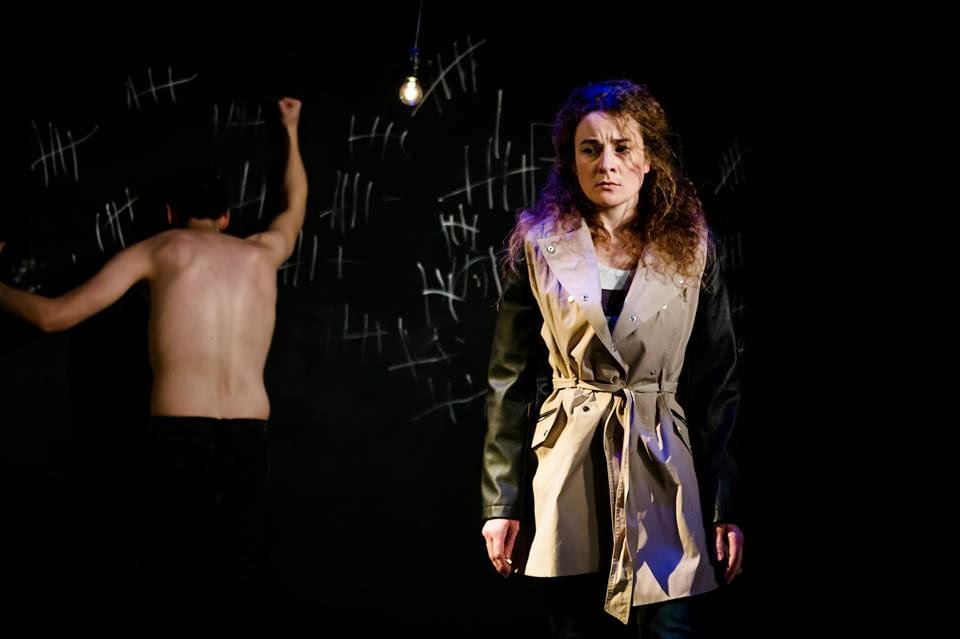 Acknowledging the ridiculous elements of the plot make it easier to take on the dramatic elements as well. Radford is a Faction regular who's been given more of a chance to show what he can do this year, and has risen to the challenge. If Franz is the Richard III figure, there's a fair bit of Christ imagery around Karl, including his very own Judas in the form of Cary Crankson's Spiegelberg, jealous that though turning criminal was his idea, the gang chose Karl as their leader instead of him. 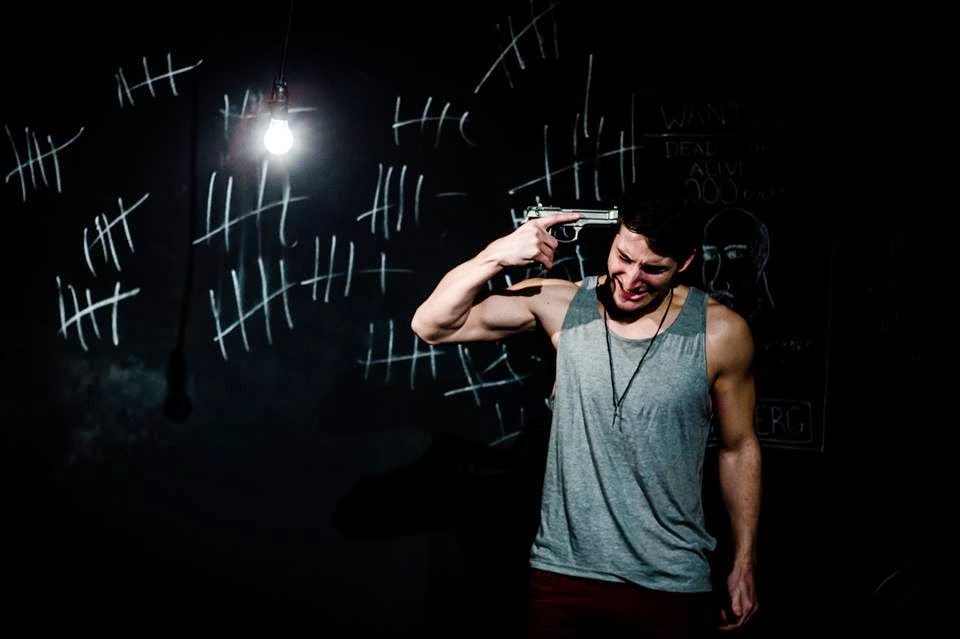 A visual theme that connects the action quite effectively is that of the actors drawing or writing in chalk on the black walls and floor, a conceit that includes a tally of the robbers' kills, and extends to them creating "props" by drawing them in this way, a nice little idea I don't think I've seen before. With a histrionic Mexican standoff finale The Robbers has a bit of an affectionate B-movie air1. If you were only to see one Faction show this season it'd be hard to pick one out because they're all pretty much of a standard, but The Robbers may just edge it on entertainment value (as well as being the play you'll have least opportunity to see elsewhere.)

The Robbers by Friedrich Schiller in a version by Daniel Millar and Mark Leipacher is booking in repertory until the 22nd of February at the New Diorama Theatre; and from the 25th of February to the 1st of March at Greenwich Theatre.

1although if the company were hoping for the ubiquitous Tarantino comparison they'd need to invest in a bit more Kensington Gore
Posted by nick730 at 23:23