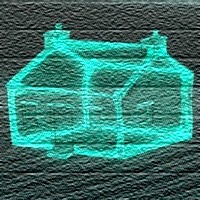 Chris Dunkley's Smallholding follows young couple Andy (Chris New) and Jen (Matti Houghton) as they leave London to return to a farming life in rural Northamptonshire, where they both grew up. Jen's brother has bought a plot of land as an investment, and is letting them stay in the dilapidated cottage on the property for free. Their plan to make a modest living growing parsnips seems naïve but earnest, a desperate measure suggesting the demons they're trying to escape are pretty major ones. And so it proves as the next hour or so charts a drastic decline for them both when Jen starts to suspect Andy of slipping back into bad habits (spoilers from the next paragraph onwards.) What emerges is a story about dangerous co-dependence, of people who love each other but shouldn't be near each other.

What I found most notable about Smallholding is the steady but plausible progression of the story from what could almost be a sitcom opening of a couple making a new start they're not properly prepared for, into the bleak world of two heroin addicts cut off from the world. Although it's obvious from the start that Andy and Jen have something dark in their pasts they need to escape from, the opening scenes where they're clean see them almost indistinguishable from any middle class couple who've fallen on hard times. 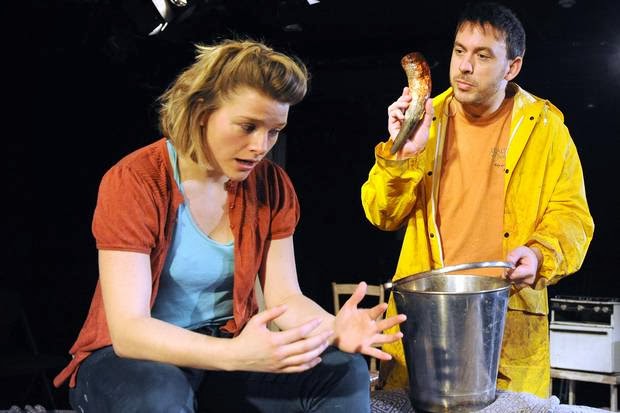 The signs that something bigger is wrong are subtle at first, Andy forgetting to put teabags in the tea progressing into him believing mystical rituals are what the farm needs to succeed, until finally he's scavenging cigarette butts off the street and hiding needle-marks from his girlfriend. It's a difficult journey to make believable so it's to the credit of Patrick Sandford's production that every point of the story feels real, a horribly plausible descent that shows the knife-edge addicts trying to stay clean live on. 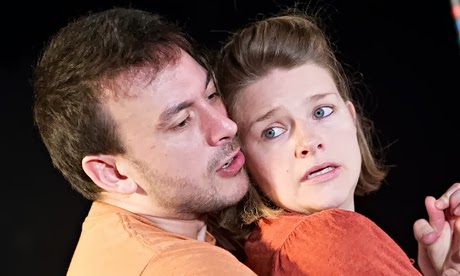 Houghton and New give steady, naturalistic performances that make you like their characters despite their catastrophic life choices, and although it's ultimately obvious they can't stay together and both survive, Smallholding does feel in part like a love story. Played in the round in the small Soho Upstairs space, it's an intimate and uncomfortable, but powerful play.

Smallholding by Chris Dunkley is booking until the 9th of March at Soho Theatre Upstairs.